Froome battled hard, even overcoming a crash on sector eight which saw him flip over the top of teammate Gianni Moscon. The four-time Tour winner was paced back to the head of the race and even put in a late acceleration on his way to eighth place overall, 1:42 back on yellow. 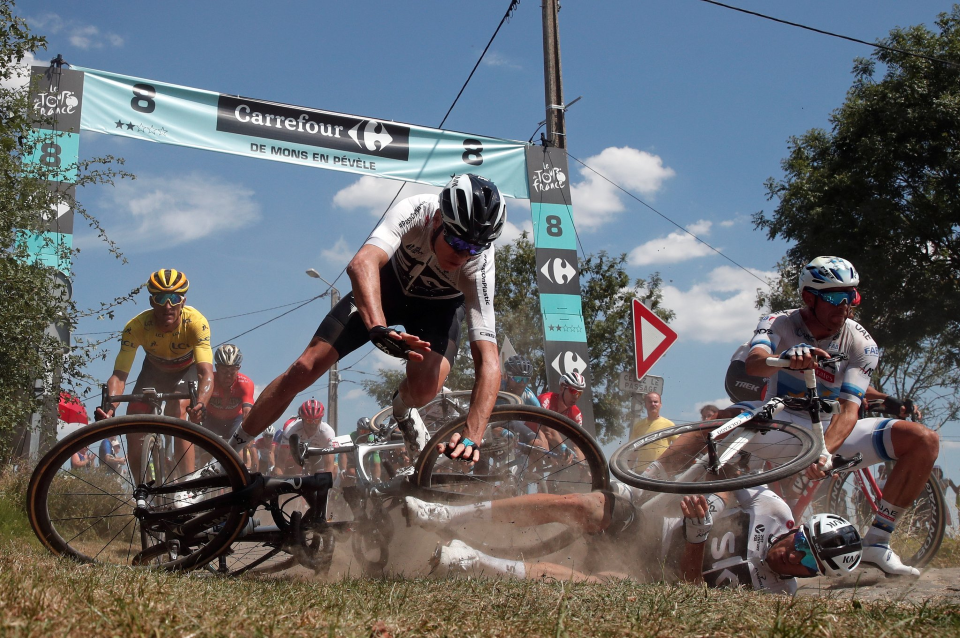 Michal Kwiatkowski and Egan Bernal also both crashed on the day but were able to finish a stage that will long be remembered.

In the battle for the stage win, three riders slipped away with 16km to go, with John Degenkolb (Trek Segafredo) winning the sprint into Roubaix ahead of Van Avermaet and Yves Lampaert (Quick-Step Floors). The escape saw Van Avermaet extend his lead heading into the first rest day, with the Belgian set to take the maillot jaune into the race’s first true mountain test.

The guys rode a fantastic race keeping myself and Geraint up front so chapeau to them.

After the dust had settled Froome explained about the day’s tactics, and splits in the bunch: “It was tough because there were times where we were in front and we did push on a little bit. But we also knew there was a long way to go. Those splits happened very early after three or four sections. So it was very early to really push and put everything on the line with so many cobbled sections to come. The guys rode a fantastic race keeping myself and Geraint up front so chapeau to them."

“We’ve had cobbles sections in the Tour so this isn’t a first for us. Thankfully we’ve got a recovery day tomorrow, so we’ll definitely soak that up and make the best of that. I’m relieved to get through today and looking forward to getting into the mountains now where the real race GC will start.”

Despite a large number of crashes the majority of the general classification contenders remained in touch after 21.7km of combined cobbles. The biggest casualty of the day didn’t make it to the opening sector, with Richie Porte (BMC Racing) crashing out shortly after the flag dropped.

On his rivals Froome added: “I think most of the GC guys were still there at the end. Obviously Richie was the most significant GC guy (to lose out). It’s never nice to see a mate go down like that. So my thoughts go out to him today.”

Along with compatriot Luke Rowe, Thomas looked right at home on the cobbles and an assured performance puts him in a prime position. On the stage’s dynamic he explained: “It was strange because there are GC guys and guys going for the stage. It would stop and come back together then split again. It was frustrating because you want to keep going, but you don’t necessarily want to be the one riding with 50km to go."

“It was just hard all day from kilometre zero. You’ve got to be in the right position but you also need the luck because it’s easy to puncture or get caught up in something.

“I think all the GC guys were up there. It was just sad to see Richie crash out. Obviously he’s a good mate of mine even though he’s a rival. It’s not nice to hear that on the radio.” 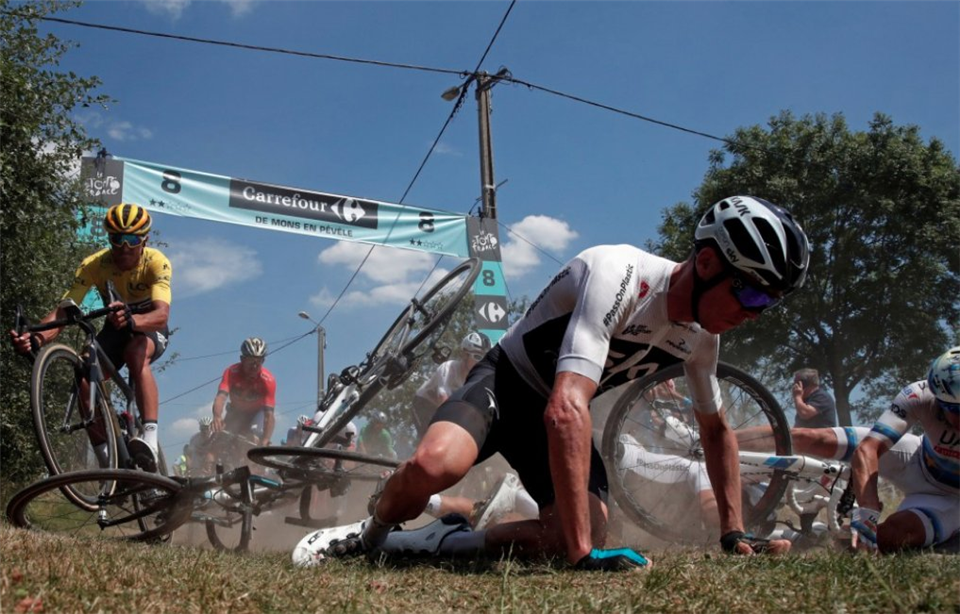