The 33-year-old Brit will aim for the yellow jersey, which his Team Sky teammate Geraint Thomas won in 2018. Thomas will also target the event in a joint collaboration.

If successful Froome would join Spaniard Miguel Indurain, French duo Jacques Anquetil and Bernard Hinault — whose overall victory in 1985 is the last time a Frenchman won — and Belgium’s Eddy Merckx as five-time winners. 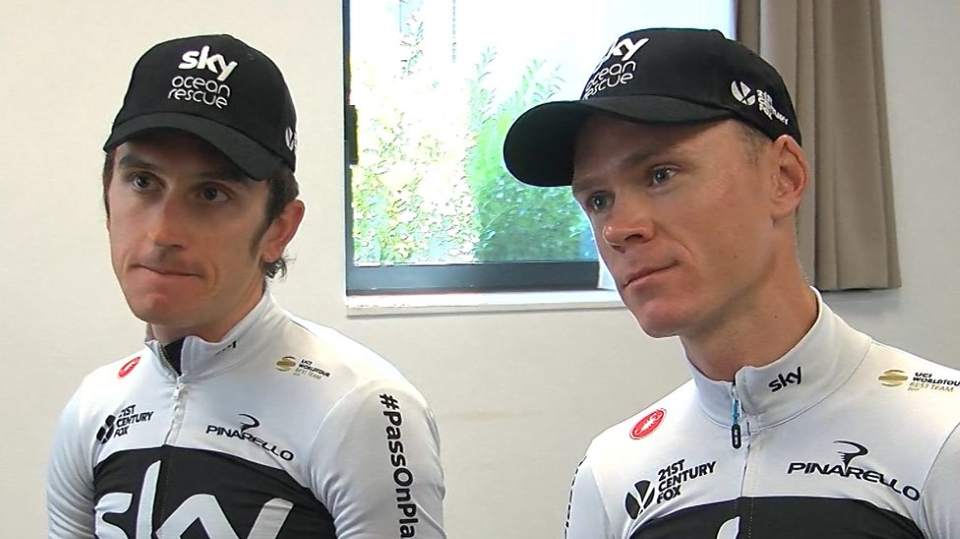 The highly-regarded Egan Bernal, 21, will lead Team Sky’s challenge for the Giro. Froome and Thomas hope to deliver a fairytale end to British media company Sky’s nine-year backing. In December, the sponsor confirmed that it would end support after the 2019 season. The team has won six Tours de France since it began racing in 2010.

Froome, who in 2017 achieved the Tour and Vuelta double, said age had been a factor in what had been a “difficult decision.” and will forgo defending his Giro d’Italia title defense Team Sky announced.

“I’ve got some amazing memories from last year, but I think, with the Tour de France as my main objective, it’s probably better that I skip the Giro d’Italia in 2019,” the 33-year-old said in a press statement.

“I’m getting to the point in my career now where I’m starting to think about what kind of legacy I want to leave behind and if I am able to win the Tour de France for a fifth time and join that very elite group of bike riders — only four other people have ever done that — it would just be incredible.”

Thomas, 32, said he might have focused on the Giro/Vuelta double had he not been defending his Tour crown.

Colombian Egan Bernal, who showed his promise last year in winning the Tour of California and his home tour, said Italy was like a second home to him.

Bernal will begin his 2019 campaign by defending his Tour Colombia title which gets underway in Medellin on February 12 and ends in nearby Alto de las Palmas on February 17. Froome will be riding alongside Bernal.

“It will be the first race with Froomey there so we want to do it well!” the Colombian said.