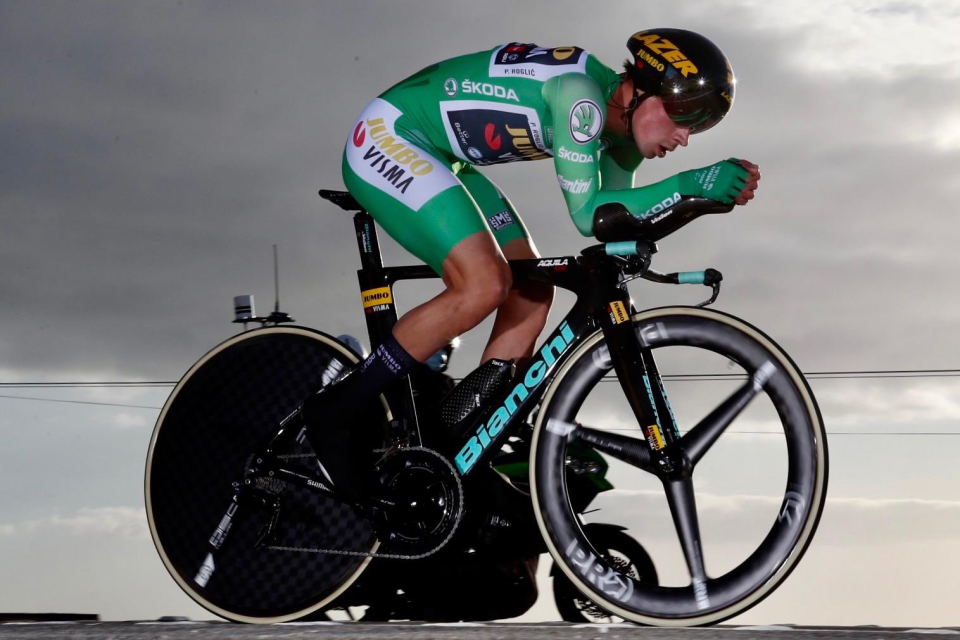 Roglic took back the leader's red jersey from Ecuador's Ineos captain Richard Carapaz with the pair having played cat-and-mouse for most of this Tour, while Britain's Hugh Carthy sits third ahead of the race's climax on Sunday.

Few had expected anything other than Roglic winning this tough 33.7km individual race against the clock on stage 13 and the Jumbo-Visma rider is now the clear favourite to defend his title this weekend in Madrid.

But his advantage gained over Carapaz and Carthy was not as significant as it might have been and a surprise champion remains possible, with the chasing pair still within a minute of the lead.

Carapaz is 39 seconds behind Roglic and EF Pro's Carthy is 47 seconds back. Ireland's Dan Martin is further adrift, almost two minutes off the front.

"Better to be 39 in front than 39 behind," said Roglic. "We need to keep focus, the guys are really strong and we will fight for it."

Roglic's strong finish on the summit of the severe slopes of the Mirador de Ezaro might have disappointed those wondering if fatigue might kick in for the 31-year-old this week.

"It's beautiful," added Roglic. "It's been a long time since I won a time-trial. It's a super nice day. I feel strong, surprisingly.

Roglic led the Tour de France this season only to let the lead slip from his grasp on the penultimate day during a long and tricky time-trial as he was overtaken by Tadej Pogacar.

"We all know it's not really a fun thing to do a time-trial but today I had the legs and I could do a nice time trial."

""Better 39 in front than 39 behind. We need to keep the focus, the guys are really strong and we will fight for it."

Carapaz who lost the race lead, "It was a really hard time trial, but I’m very happy with the result. We have come to win the Vuelta and it is still the goal. I think that La Vuelta is still open, there are a lot of possibilities, there are going to be a lot of very hard days, where everything can change."