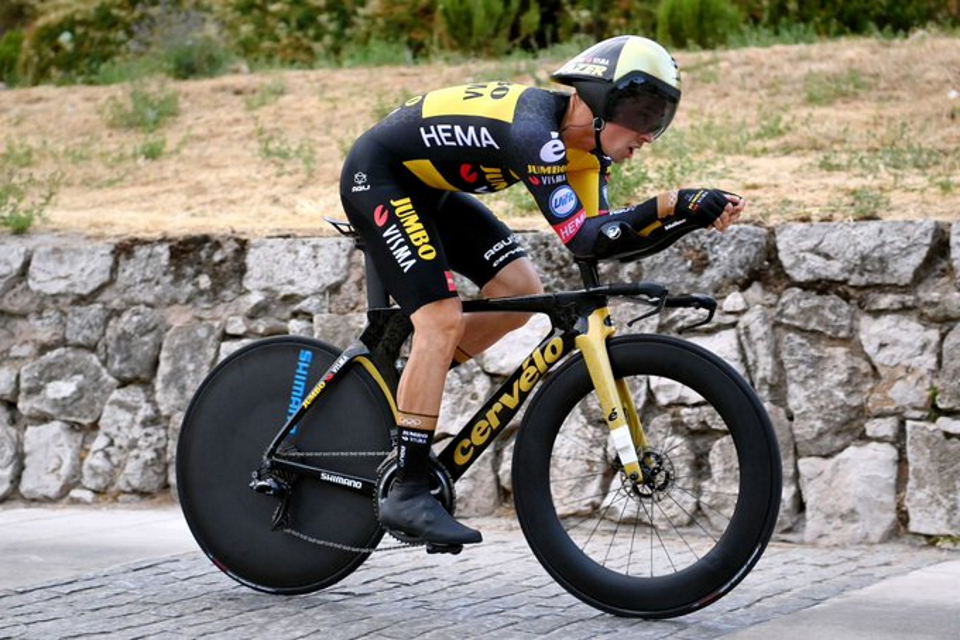 The opening stage of the Spanish grand tour was a 7.1-kilometre time trial in Burgos.

Ineos-Grenadiers' Dylan van Baarle was first to stay in the hot seat. The Dutchman set a fast time of 8 minutes and 43 seconds, but he was ousted by Alex Aranburu (Astana-Premier Tech), who completed the TT circuit in eight minutes and 38 seconds.

The last rider to start, the leader of Team Jumbo-Visma beat Spain's Alex Aranburu (Astana-Premier Tech) who was in the hot seat by 6 seconds and his compatriot Jan Tratnik (Bahrain Victorious) by 8 seconds.

Most of the other GC contenders finished at least fourteen seconds down on Roglic, with Egan Bernal (Ineos Grenadiers) losing 26 seconds to the Slovenian, Enric Mas is 18 seconds behind, Alexander Vlasov 14 seconds and Romain Bardet 17 seconds behind the Olympic champion.

Tomorrow's Stage 2 is a flat stage between Caleruega and Burgos which will suit a breakaway or bunch sprint. Stage 3 on Monday will be the next big test for the GC favorites with a mountain top finish atop the 1,500m high Picón Blanco.