Taaramae climbs to victory in third stage of Vuelta a Espana 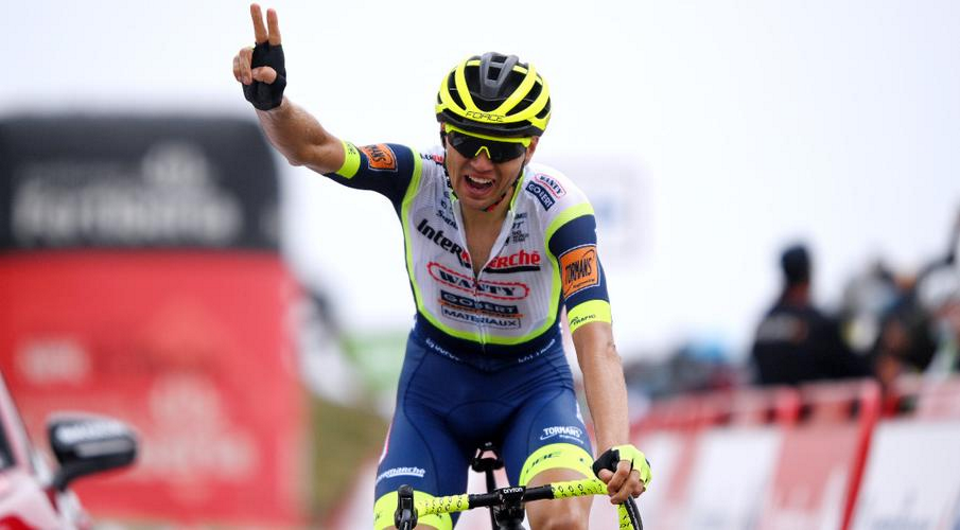 The 34-year-old Estonian, who rides for Intermarche-Wanty Gobert, pulled away on the steep ascent of Picon Blanco at the end of a 202.8km run from Santo Domingo to clinch his second career Vuelta stage 10 years after the first.

Asked if he was surprised, Taaramae said he had been planned the victory with team director Valerio Piva.

"Yesterday evening we spoke and we said we would try to win te stage and try to take leader's jersey," he said.

Taaramae had won two stages on major Tours, one on the Vuelta in 2011 and one on the Giro d'Italia five years later but had never held the overall lead.

"I don't have that many years left to try to do this. I dream a lot about a leader's jersey in a big Tour at least for some days

Most of the race favourites, including Vuelta champion Primoz Roglic, finished 1min 48sec back, but Ineos' Ecuadorian Olympic gold medallist Richard Carapaz could not keep up and lost a minute to his main rivals.

The Estonian leads Frenchman Kenny Elissonde of Trek-Sagafredo, who finished third on Monday, by 25 seconds, with Roglic third another five seconds back.

Taaramae was part of a seven man-break that escaped after 17 kilometres and built a lead of more than eight minutes.

By the time they hit the stage-ending climb, a short but brutal 7.6km ascent with gradients as steep as 18 per cent, the lead had been halved.

As the breakaway group shrunk to three men, so did the lead but as Taaramae battled with Elissonde and Joe Dombrowski, an American with Team UAE, it became clear one of them would win.

"When I saw we were going to do it, then I had questions: 'how good are Joe Dombrowski and Kenny Elissonde?' " said Taaramae.

"Kenny and Joe I know they're really peak quality. I did not know if I could beat them, but I believed it because I have already done it many times."

"When I won a stage in Giro, Joey was third. He was up there with me and now we are fighting again with each other. So I believed in myself."

On Tuesday, stage 4 will take the peloton from El Burgo de Osma to Molina de Aragon on a flat stage which should suit the sprinters.