AG2R-Citroen rider Clement Champoussin ambushed the favourites and surged to victory on the penultimate stage of the Vuelta a Espana on Saturday as Primoz Roglic extended his lead in the overall standings. Lopez climbs off his bike after being ridden out of podium contention and goes AWOL 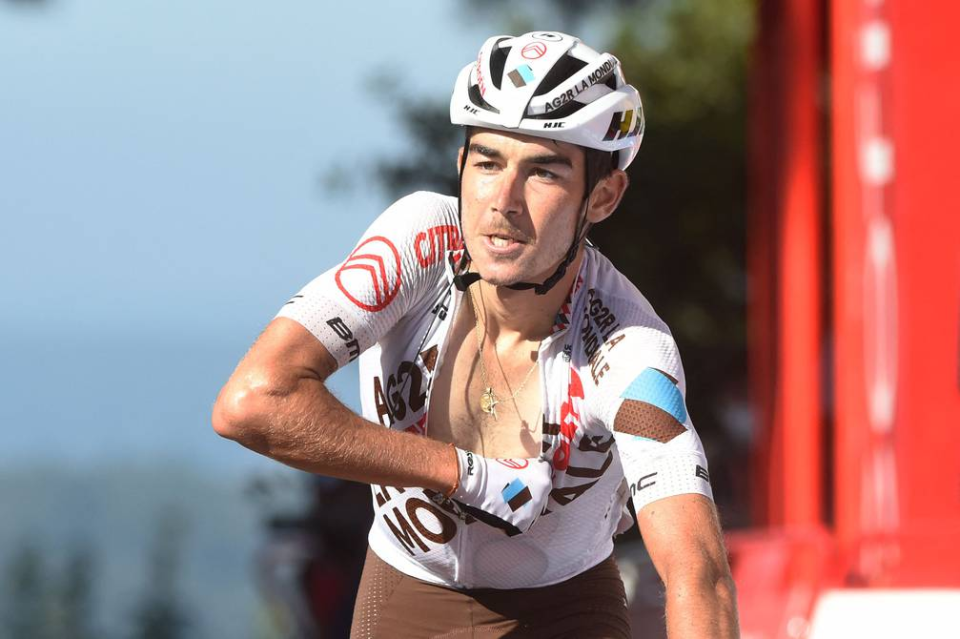 The 23-year-old Frenchman Champoussin only turned professional a year ago, and this was his first win, and he raised a solitary finger in celebration before thumping his chest at the finish line having attacked in the final kilometre.

Roglic followed the winner over the line with Yates and Mas on his tail.

With five short but tough mountain passes on a tough stage in Galicia on Saturday, South African Ryan Gibbons had a gut wrenching afternoon as his long-range solo escape wilted with less than 2km to go.

Miguel Angel Lopez of Movistar had a bad day, allowing Haig to climb to third and Ineos's Adam Yates climbed to fourth. Egan Bernal also slid way down the standings.

López sensationally withdrew from the Vuelta a España midway through the penultimate stage of the race, reports are circulating that he has gone home.

Cited in Colombian media — unconfirmed: Movistar director told Miguel Angel Lopez not to chase, as not to bring back second group containing team mate Enric Mas second on GC, even though he was third on GC ...

The Colombian climbed off the bike and into the Movistar team car, after he and several other GC riders missed a decisive split 55 km from the finish of stage 20 from Sanxenxo to Mos.

Champoussin said after his stage win, "To be honest, when we got caught at the bottom of the climbing, after being the whole day ahead, it was a bit tough, but the favorites were tired too I think. When they went in the steep part, it was going too fast for me. Afterwards, I was lucky, I ran into Gino Mäder, who brought us back into the group. I hung on, clocked up, and a little over a mile from the finish I was lucky they looked at each other."

"Since I'm not dangerous, I thought to myself that I had to try to pass a little faster. The last kilometre wasn't too hard and I was able to stay ahead until the end. It’s a bit unexpected because I’ve had some ups and downs over these three weeks. Yesterday I was really not well. Today I would have been happy to finish the stage. I was with Lilian Calmejane and Stan Dewulf up front. They helped me a lot all day. I couldn’t miss."