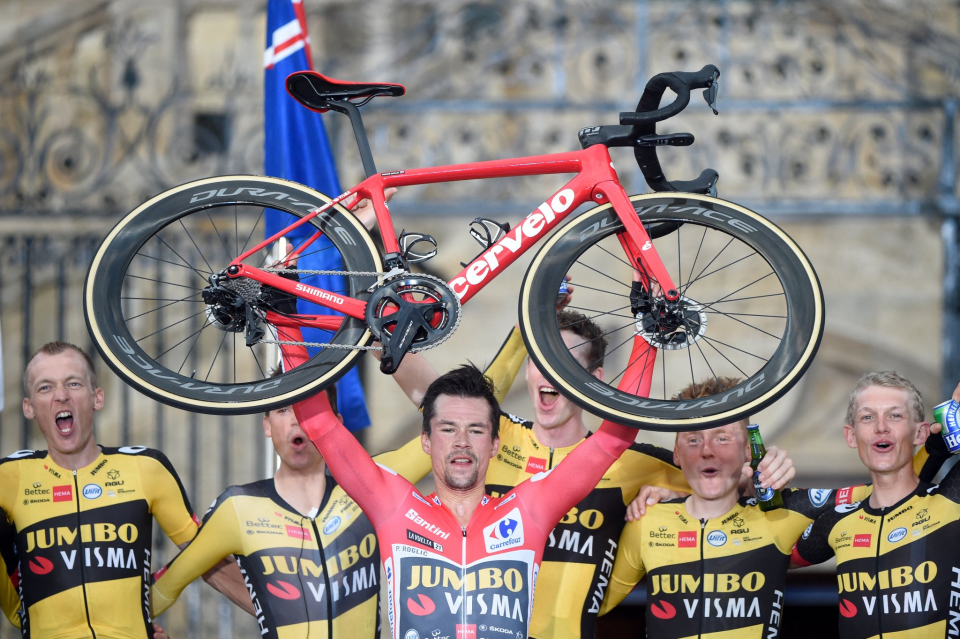 The Jumbo-Visma rider finished 14 seconds ahead of his closest rival, Magnus Cort Nielsen, in the 33km time-trial at Santiago de Compostela in northwestern Spain, the 21st and final stage.

That gifted Roglic the biggest overall winning margin, of 4min 42sec, since 1997.

Spain's Movistar rider Enric Mas, whom Roglic lapped on the time trial -- a discipline in which he is Olympic champion, finished second, with Australian Jack Haig of Bahrain Victorious rounding out the podium.

Magnus Cort Nielsen was awarded the most combative rider of La Vuelta 21, he took three amazing stage wins and came a close second behind Roglic too.

Primoz Roglic said to the media, "Sometimes you win by a big difference, sometimes by a little, but any way of winning is fantastic, we watched it day by day. I did my best and enjoyed it. It was a tough last stage," the 31-year-old added. "I just tried to focus on the stage today and do my very best. It's unbelievable, it's crazy."

Jumbo-Visma sports director Grischa Niermann said it was "great to finish the Vuelta in this way".

"We knew that Primoz would be the big favourite for today's time trial. He still had to go deep, but he managed to win the time trial. A great day."

Niermann added: "When I look back at the last three Vueltas, this is the first edition where we had everything under control the entire race.

"I think we played it well. I realise how special it is to win for the third time in a row."

Primoz Roglic continued "I'm honoured to be in this place."