Following a process that spanned more than a year, the Steering Committee of the Union Cycliste Internationale has chosen Victoriaville and its Region to host the 2026 UCI Gran Fondo World Championships 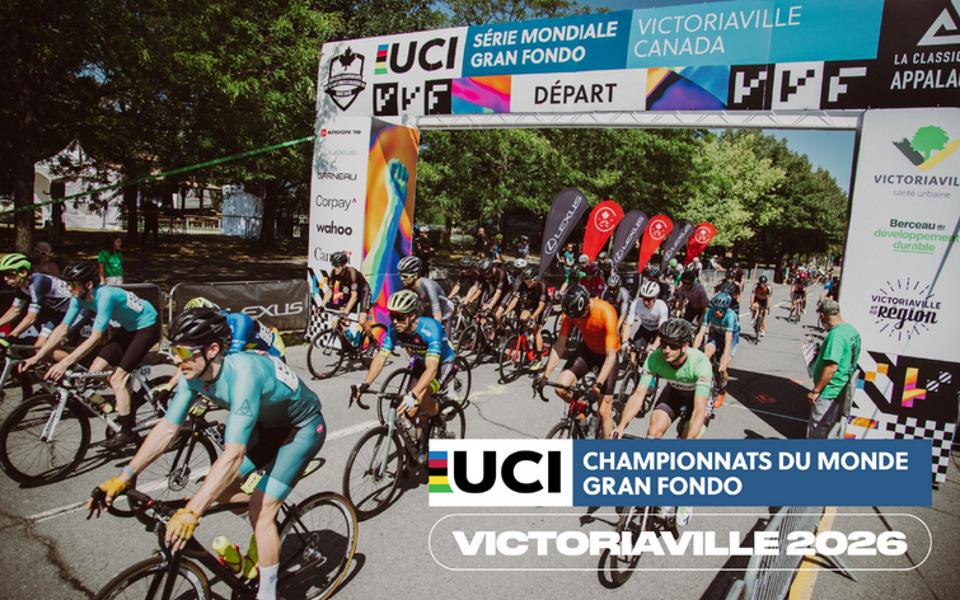 Supported by the Appalachian Classic, with the support of the City of Victoriaville and the MRC d'Arthabaska, the now confirmed candidacy represents a major turning point in the history of the organization, both for its future development and for its ability to generate strategic economic and recreational tourism spinoffs.

Beyond the strategic benefits in internationally positioning Victoriaville and its Region as an exceptional cycling destination, an event of the magnitude of the UCI Gran Fondo World Championships will also generate numerous economic spinoffs, with participants coming on average from more than 50 countries, travelling mostly accompanied, and staying at their destination for nearly a week. This ultimately results in several million dollars being injected into the local, regional and even provincial econmy. To this end, the first edition of Vélo.Victo.Fest., held from September 3 to 6, generated more than 400 overnight stays in a hotel environment and an outlay of more than $275,000 in expenses by participants in Victoriaville and its region.

"The cycling world will have its eyes on Victoriaville as part of the 2026 UCI Grand Fondo World Championships. I would like to congratulate the Appalachian Classic team, whose efforts and passion allowed Victoriaville's candidacy to be successfully accepted by the selection committee. Once again, Victoriaville and its Region will shine through the organization of this unique international sporting event in America."

Quote from Alexis Pinard, Co-founder and President of the Appalachian Classic

Our 2022 UCI Gran Fondo International Calendar including all qualifying events will be announced on our calendar in the coming weeks.

The UCI Gran Fondo World Championships are held every year in September.