Defending champion Julian Alaphilippe of France won the men's road race at the cycling world championships this Sunday on a brutal 268.3-km course from Antwerp to Leuven 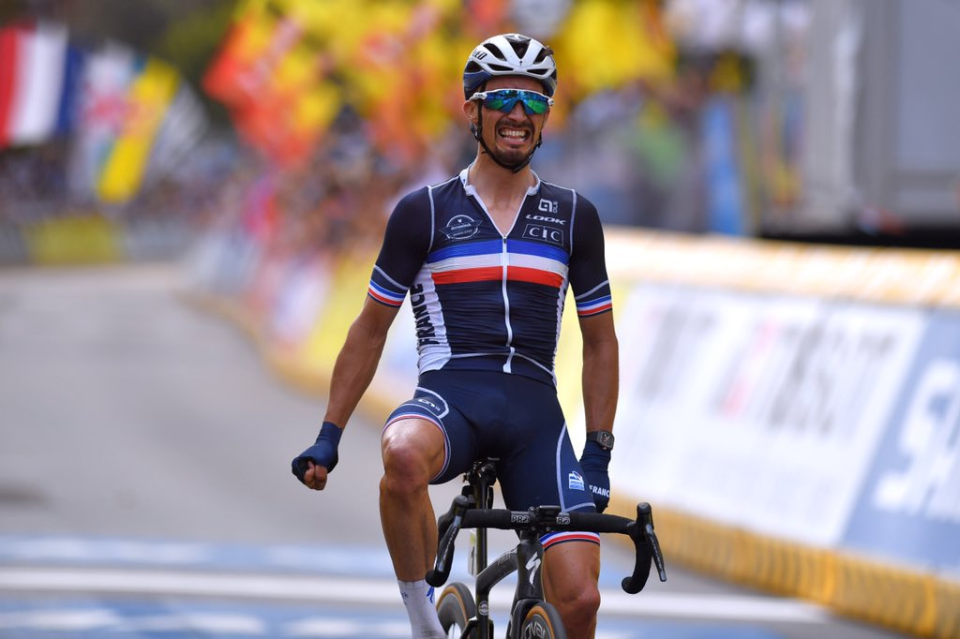 Julian Alaphilippe scored a stunning second world title in a row with a powerful ride in Flanders today.

The Frenchman launched a series of scathing attacks with 60 km to go that blew up the group of pre-race favorites including Wout van Aert (Belgium), Sonny Colbrelli (Italy) and Mathieu van der Poel (Netherlands) from his wheel as he rampaged to his title defense.

Remco Evenepoel played a major part for his Belgian squad, marking every key move and covering the chase groups for teammate Wout van Aert before finally blowing up with 30km to go.

Mathieu van der Poel is now looking to use his form to win Paris Roubaix next weekend, which will see for the first time a women's race.