Brits showed they have pedal power as thousands of cyclists took part in the Tour of Cambridgeshire cycle race last weekend, after 2 year hiatus due to the pandemic 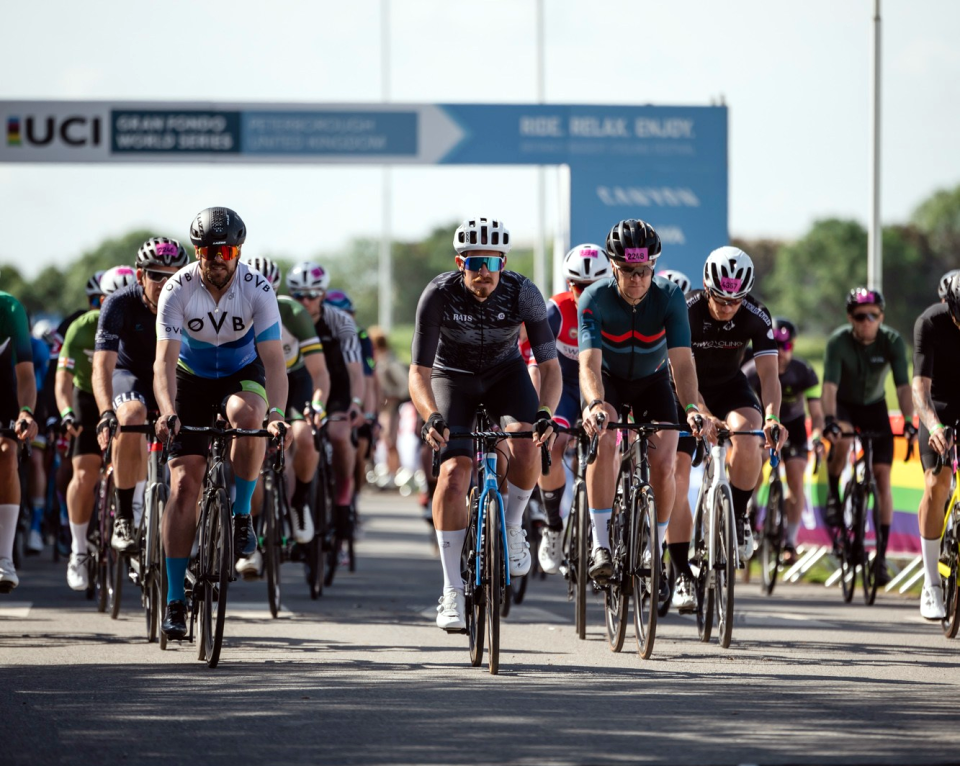 The event was held over the weekend, with closed road courses giving cyclists the chance to compete in a number of challenges safely.

Over 7000 riders signed up for the event coming from 54 different countries.

The main race – the Gran Fondo – took place on Sunday, with the route taking place through towns and villages to the south of Peterborough. There were three courses – including a 100 mile route – with the chance to qualify for the World Amateur Cycling Championships with a good performance.

Along with the road racing, there was also a ‘festival of cycling’ held at the Peterborough Arena – which doubled up as the race start and finish line – with music, entertainment and a range of stalls on offer.

Malcolm Smith (co-founder of the Tour of Cambridgeshire) said: “The whole world has had a tough time over the last two years, so we’re delighted to be part of the return to normal,” said organiser Malcolm Smith. “It was great to see so many people out on the road and at the festival site having such a great time, and even the weather played ball.”

“It was thrilling to witness the support from thousands of locals in Ramsey, Yaxley and the many other towns and villages along the route. The atmosphere in Alconbury Weston along the Kudos KM was phenomenal and we’re humbled by the support of the many residents, local businesses and other partners in the region that helped us bring Britain’s biggest cycling festival back.”

On Sunday, men under the age of 59 tackled the 100 mile Gran Fondo course with some minor undulating roads in the beginning and at the end, with the majority flat, fast and windy.

Monte Guerrini (M19-34) won the overall event after a solo breakaway, three minutes faster than three men from the M40-44 group who started in a later wave. From that wave, James Bonham won the sprint ahead of Blake Pond-Collins and Belgian Hans Chabert. The race was won in an average speed of 25.3 mph (40.8 km/h).

All women and men over 60 seeking qualification for worlds had to qualify in the 67 miles race with Emily Proud (F19-34) winning in a sprint of 12 women before Emily Reynolds (F19-34) and Gemma Williams (F40-44) for a complete British podium. Dutch Willem Hus (M65-69) was the fastest men in the 67 miles distance.

Traditionally more participants qualify at the Tour of Cambridgeshire Gran Fondo for the UCI Gran Fondo World Championships, than any other race.

Click the link, enter your start number, and purchase your action shots courtesy of Sportograf: www.sportograf.com/en/event/8468/subevents