The routes of the 2022 UCI Gran Fondo World Championships (Trento, September 15th-18th) are promising of a great spectackle. The iconic climb of Charly Gaul’s feat will be decisive. Maurizio Fondriest: "It is a beautiful and demanding route: cycling history was made here"

With just under two months to go until the UCI Gran Fondo World Championships, scheduled from September 15th to 18th, 2022, Trento is once again getting ready to host a major event on two wheels. After the 2021UEC Road European Championships, this time the coveted rainbow jerseys for the amateur categories will be up for grabs. About 2,000 athletes are expected to compete at the World Championships, which will be held in Trentino's main city for the second time (the first was in 2013).

Photo: The challenging ascents of Monte Bondone will determine the winners of the rainbow jerseys right from the first climb in the program of Granfondo and Mediofondo (Credit: Tornanti.cc) 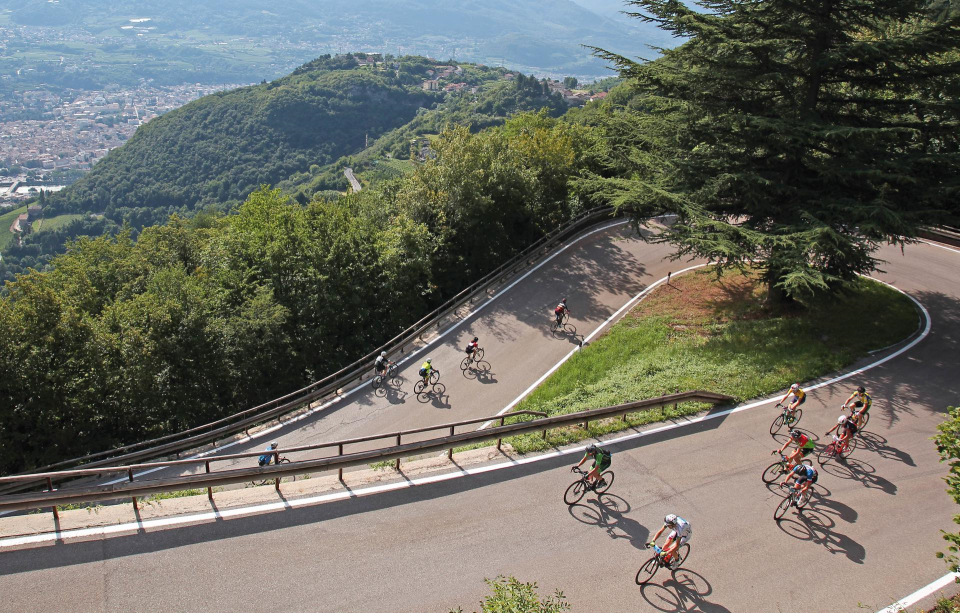 The Trento 2022 program will start on Thursday, September 15th with the Time Trial, on a 19.6 km course that will start and finish at the Le Albere district, where the MUSE – Science Museum is located. The route is nearly completely flat, with start and finish in Piazza delle Donne Lavoratrici, where the Swiss Stefan Küng won the European title ahead of Filippo Ganna last September. The initial and final sections of the course are the most technical, while the middle section allows for high speeds thanks to the long straight roads.

The highlight day will be Sunday, September 18th, with the Granfondo and Mediofondo races taking place with a staggered start from 10 am, according to age categories. The longest race covers a 143.8 km distance and 3900 mt elevation gain, which after a 10 km flat section from Trento to Aldeno, heads to the first of three ascents to Monte Bondone: a climb of around 20 km passing through Garniga Terme, which will lead the group to stretch out immediately and reach the Le Viote Plateau. After the descent, the group will climb the iconic mountain from the Sopramonte side: here, the slopes are regular but very challenging, always between 8 and 9% up to an altitude of 1557 mt, and then the long descent towards Lasino and Calavino begins again.

After the second passage from Terlago, it will be time for the last and probably decisive ascent on the Bondone slope, up to Candriai: from here there will be 13 km to the finish in Trento, 10 km downhill and the last 3 km on the flat.

A route worthy of the great champions who distinguished themselves on the climbs of Bondone, as confirmed by the words of one of the icons of cycling in Trentino, Maurizio Fondriest, Road World Champion in Renaix in 1988. "A beautiful and very demanding route, suitable for athletes who train and live like cycling pros, even without being that, and who love to challenge themselves. The first ascent, the one that goes from Garniga to Le Viote, is my favorite of the three in the program, and it will already make a selection: I believe that no more than thirty or so contenders will remain in the run for the title after this ascent."

The Mediofondo course is 86.8 km long, with a 2.218 mt elevation gain. In the first 30 km, the route follows the trace of the Granfondo, with the ascent of Monte Bondone from the Aldeno side to the Le Viote plateau and the following descent to Lasino and Calavino. A second ascent to Candriai is then placed about 20 km from the finish: here too, once at the top, there will be 13 km to go, 10 km of which downhill, to the end of the race.

Rounding out the World Championships’ program is the Team Relay, taking place on a loop of about 2 km around the Le Albere quarter, with start and finish located in Corso del Lavoro e della Scienza. The team challenge is scheduled for Friday, September 16th, and will engage qualified athletes for the other events "on a spectacular city circuit that will certainly thrill the public," added Fondriest. The Team Relay will not award rainbow jerseys.

For non-qualified athletes for the World Championship, a new side event will take place on the Monte Bondone slopes: the Charly Gaul Uphill Time Trial powered by Sportler, which will start from Sardagna and finish in Vason, on Saturday, September 17th from 6 pm. The 13.6 km trial with 1048 mt elevation gain pays homage to the exploits of the Luxembourgian athlete, 'The Angel of the Mountain', author of an extraordinary race through snow and frost in the Merano-Monte Bondone stage of the 1956 Giro d'Italia, which earned him first the pink jersey and then victory in the overall standings. Click here to sign up for the Charly Gaul Uphill Time Trial.

"Pages of cycling history have been written on Monte Bondone, and when you think of this climb, the memory goes immediately to Charly Gaul. This initiative gives also non-qualified athletes the chance to experience the atmosphere of a great event like the UCI World Championships," added Fondriest.

"I think that for Trento and Trentino, cycling is the sport that best partners with territorial promotion: not only the two wheels are the perfect way to discover their beauty, but in this area, there is such a technical and organizational value that every international event held here is a lock for success. I am sure that this World Championship will also remain in the hearts of the fans and their accompanying persons who will come to Italy for this great event."

Photo: The descents of Monte Bondone will allow some athletes to rejoin the spread out group, in an attempt to still compete for the rainbow jersey  (Credit: Tornanti.cc). 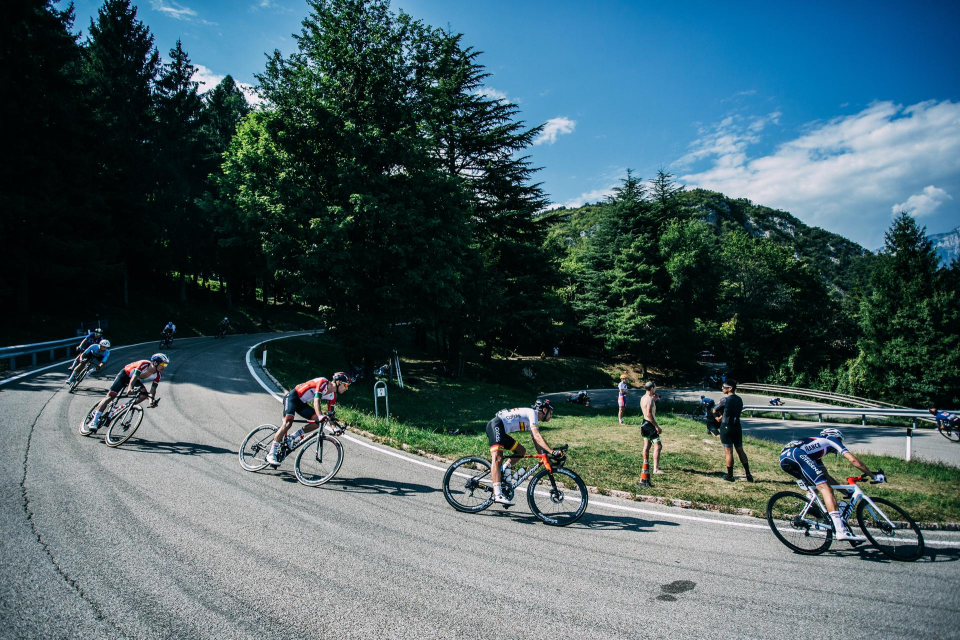