Jumbo-Visma won the opening team time-trial of the Vuelta a Espana, Roglic already taking time on his GC rivals, as Dutch rider Robert Gesink led the team over the line to become the race's first leader 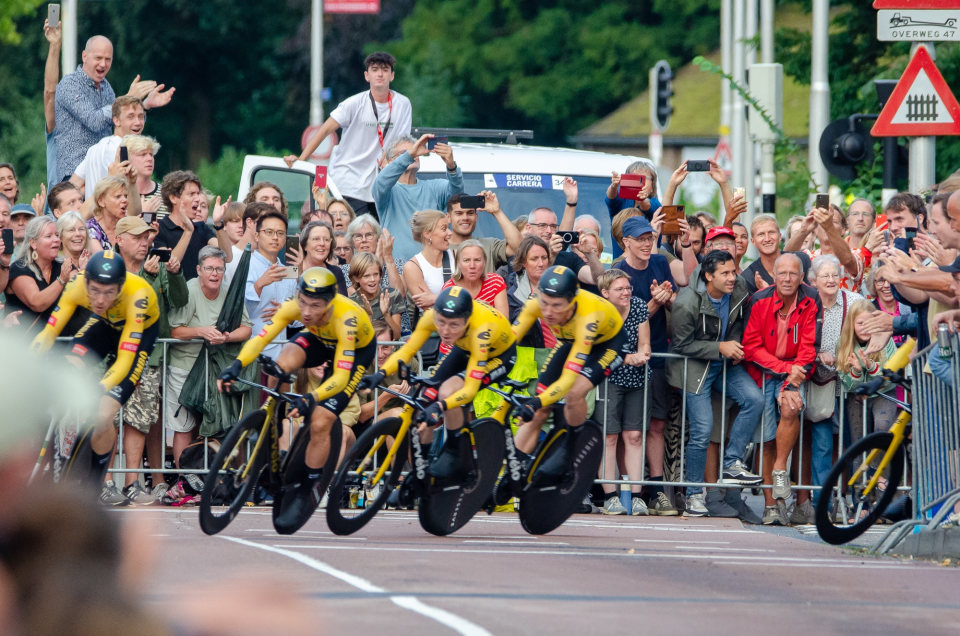 Rain fell on the 23.3-kilometer route towards the start, damp conditions, which slowly dried out towards the end of the stage. It was possible to make time gaps, with an ascending order of teams leading to constant changes in the lead. Team BikeExchange - Jayco were the first team to put in a serious time for the top places - topping Groupama - FDJ.

INEOS Grenadiers went faster by 17 seconds on the Australian team at the finish, however with Quick-Step and Jumbo-Visma faster at the intermediate time check, everything pointed towards the Dutch team's win.

Quick-Step failed to beat the British team on the finish line , 1 second down and in seventh place.

There were hopes from the British team would keep the lead as Movistar struggled in the final meters, but Jumbo-Visma crossed the line 13 seconds faster.

With several Dutch riders in the Jumbo team, Robert Gesink crossed the line first to take the first red jersey of the race.

Stage 2 tomorrow to Utrecht is 175.1 km, a primarily flat stage. The only obstacle on the day will be a 3rd category climb that will determine the first riders to fight for the mountain jersey. Victory will be decided in a sprint to the finish-line. The proximity to the sea could provoke strong winds and add to the stage’s unpredictability. One for the sprinters!