Primoz Roglic is back to his best form, he put on a very strong performance, to take the sprint win on the uphill slopes to Laguardia to become the new race leader 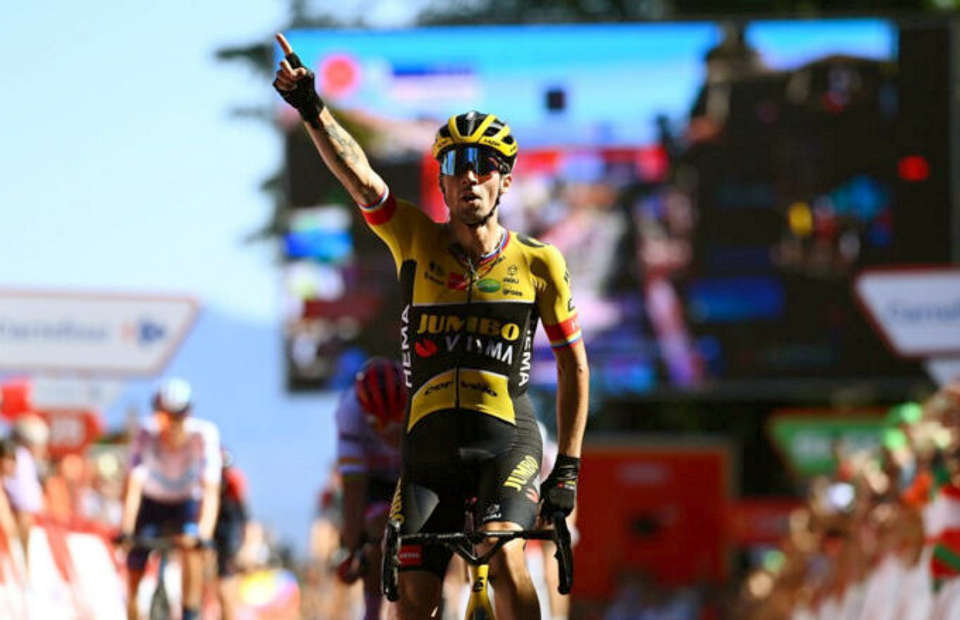 With Lutsenko threatening the GC and the red jersey the group was not given much freedom, with Jumbo-Visma, Trek-Segafredo and BORA-hansgrohe controlling the race.

The heat, rolling terrain and wind played into what was a very tough day. The breakaway was caught early on, before the start of the penultimate climb, with a peloton that was split up due to the high pace. When the pace was not high, it allowed several sprinters to get back in contact with the peloton.

Quick-Step tried to split the peloton on the penultimate descent which failed.

The favourites went into the final climb together with some moves early on, but the pace was easy until the final few hundred meters, with Trek leading out the sprint.

Pedersen was launched perfectly into a sprint, but he could not sustain the same power as Primoz Roglic, who came round himon the steeper final gradient.

Primoz Roglic sprinted with 100m to go on the final climb, with Pedersen grabbing another second place and Enric Mas in third place.

Roglic is the new leader of the Vuelta with most of the GC favorites within a minute of his lead.