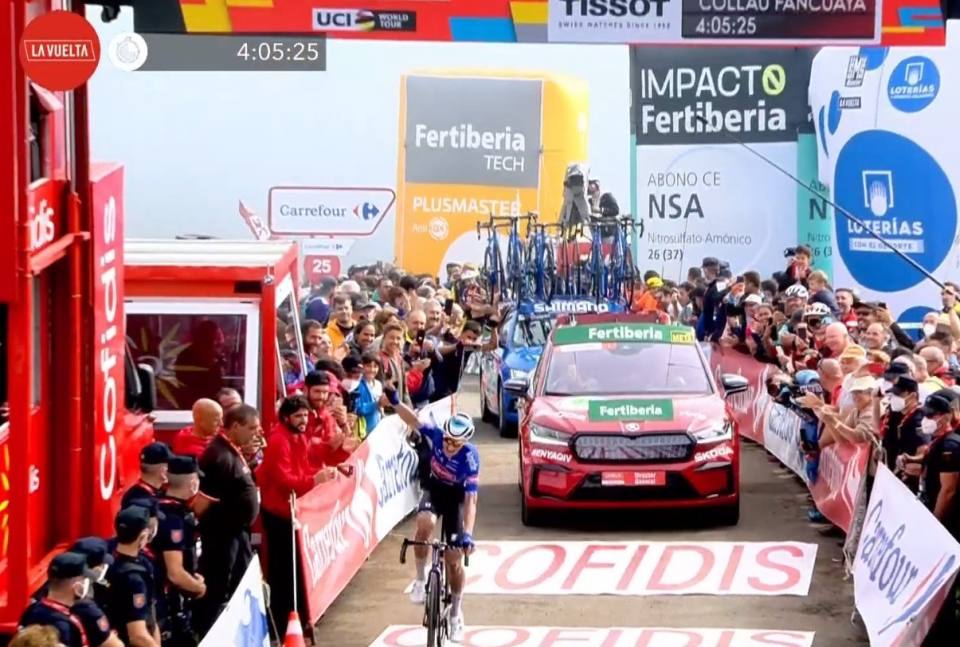 Stage 8 was a difficult day with 3,300m of climbing through the Astoria Mountains with four climbs and a mountain top finish.

The opening climb of the Alto de la Colladona saw some harsh attacks, with a large group going up the road early on which forced Quick-Step to push the pace hard towards the summit in order to keep the lead safe for Evenepoel.

Pedersen was there to collect the intermediate sprint points.

The peloton was happy with the breakaway who aimed to stay away for the stage win. The breakaway survived and hit the bottom of the final climb with almost four minutes.

Marc Soler briefly looked as if he might close th gap to Vine, but it was no match for the Australian, who rode for the stage win in relative comfort.

Behind Remco Evenepoel attacked and took Primoz Roglic, Enric Mas and Carlos Rodriguez with him.

Thibaut Pinot survived from the breakaway to take some time.

Remco Evenepoel crossed the line in 5th with Enric Mas (Movistar) and Primoz Roglic (Jumbo-Visma) behind him.