Recmo Evenepoel lost time on the steep 15% slopes of La Pandera, Roglic took back time ahead of tomorrow's Queen Stage 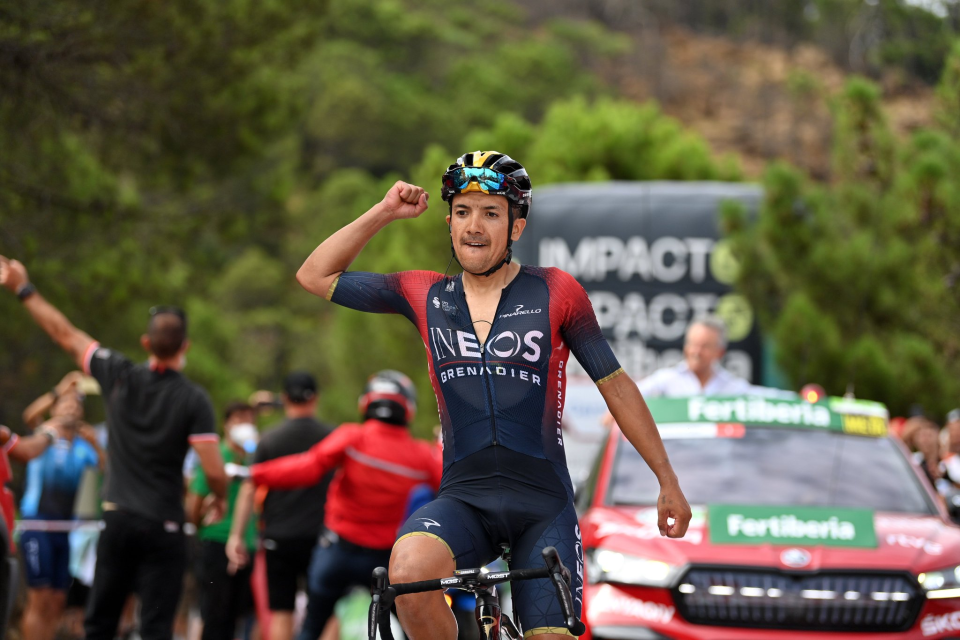 Drama on Stage 14 of the Vuelta a Espana as Remco Evenepoel showed signs of weakness on the final climb and lost a lot of time on his rivals, whilst INEOS Grenadiers' Richard Carapaz took his second consecutive summit finish victory.

The gap went up a maximum of ten minutes with Quick-Step Alpha Vinyl Team controlling the pace.

The climb to Los Villares tis were the action began, with the breakaway losing some riders, Alexey Lutsenko launched an attack. Sánchez attacked towards the summit, with Richard Carapaz bridging across at the bottom of the ascent to Sierra de la Pandera. Behind Jumbo-Visma and INEOS Grenadiers set the pace for the GC riders.

Champoussin and Conca bridged across to Sánchez and Lutsenko, behind Chris Hasper set a legbreaking pace in the GC group which thinned it out. The pace behind reduced the breakaway's lead to a minute and a half with five kilometers to go.

With 4km to on the 15% slopes of La Pandera, Primoz Roglic attacked and Evenepoel cracked. Miguel Ángel López and Enric Mas attacked Evenepoel, as Carapaz went solo at the front to take his second uphill mountain stage win.

Evenepoel's lead was reduced to 1m 39s to Roglic after losing over 50s.

Tomorrow's Queen Stage features over 4000 metres of climbing up the brutal climb of Sierra Nevada at over 2,500m above sea level.