Stage 16 was full of drama in the final 3 kms after Roglic attacked on the steep slopes to the finish line as Evenepoel punctured, Pedersen won the sprint and Roglic crashed hard suffering guts and abrasions 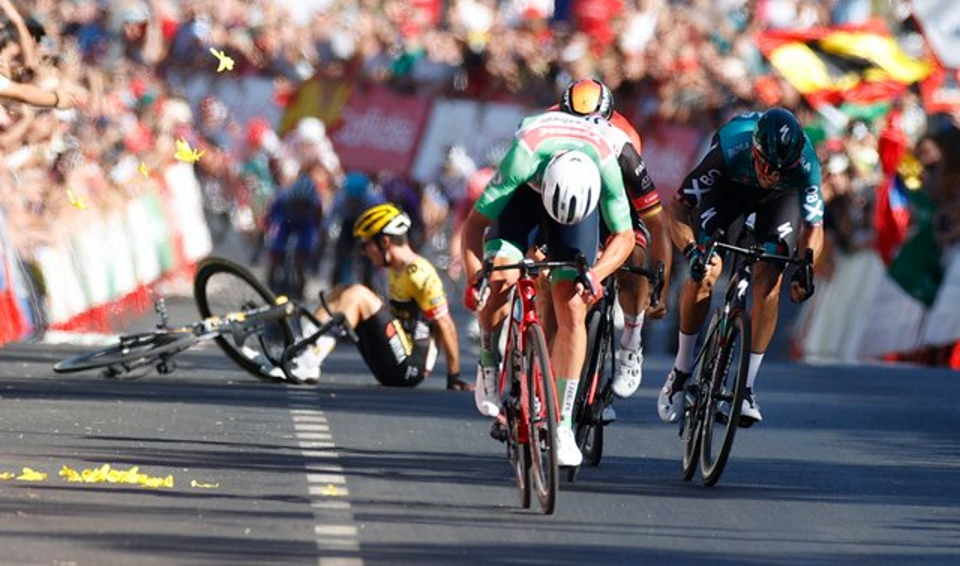 Stage 16 was always going to be a sprinter’s stage and an extra day for the GC men to recover and prepare for the final tough mountain stages to come. That was the plan until Primoz Roglic attacked on a small steep climb in the last 3 kilometres as Remco Evenepoel punctured.

Green jersey wearer Mads Pedersen crossed the line first from a group or four riders who stayed with Roglic, including Ackermann, van Poppel and Fred Wright, before Roglic crashed at high speed.

Rumours are Roglic hit Fred Wright but pictures have emerged of a sticky substance on the road that could have caused the crash. Video below shows Roglic crashing.

Picture below shows sticky substance right about where Roglic crashed.

Can’t be certain but looks very much as though Roglic could have slid on this. No idea what it is - melted something, on white line 90m from finish. pic.twitter.com/vuFjgwgi0R

The long and hot day through Extremadura was not a pleasant one for the peloton, two riders went up the road to give their team some exposure; Ander Okamika (Burgos-BH) and Luis Ángel Maté (Euskaltel - Euskadi).

The duo never enjoyed much of a gap, but the pace was never high throughout the day, with the average for the day sitting just below 40 kph. Trek - Segafredo and Cofidis controlled the two, who were caught with 14 kilometers to go.

It was all to play for in Tomares, on the outskirts of Sevilla where the fight for positioning was intense into the final hilltop.

As soon as the gradient kicked in was Primz Roglic launched a scathing attack, surprising everyone, only Pascal Ackermann closely following his wheel.

Remco Evenepoel punctured in the meantime but was safe inside the final three kilometers.

Ackermann, van Poppel and Fred Wright were able to bridge up before the final sprint, Roglic crashed in the final 50 metres and looked visibly shaken with cuts and briuses to whole left side of his body.

Remco Evenepoel lost a bit of time to Roglic, but still leads the race by 1m 26s. 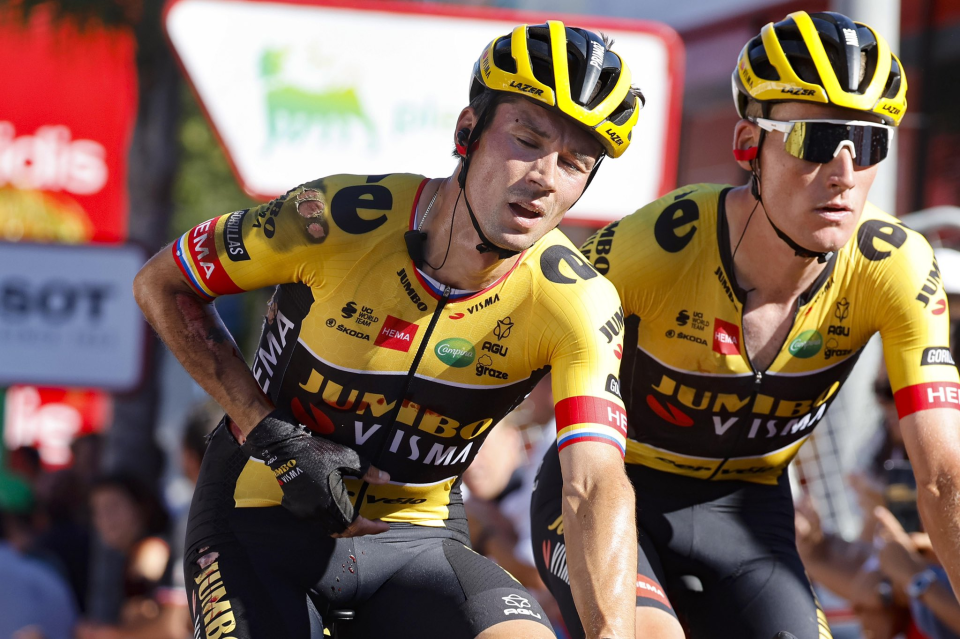