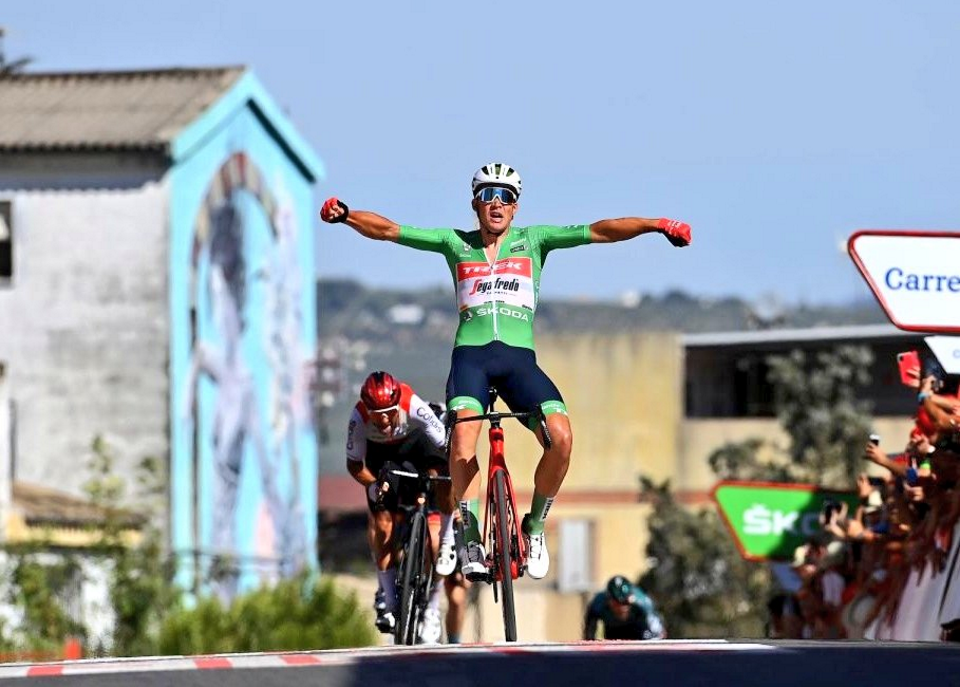 Stage 19 was a day where the breakaway and the GC riders had the opportunity to attack, but the GC riders preferred to stay calm and in the peloton. A bunch sprint decided the outcome of the day, and Mads Pedersen stormed to his third win in the race.

The day seemed to be one where the breakaway could succeed with certainty, but the efforts to control the breakaway early in the day saw only a trio go up the road with Brandon McNulty (UAE Team Emirates), Ander Okamika (Burgos-BH) and Jonathan Caicedo (EF Education-EasyPost). Some more riders tried to jump across to the front, but without success.

Trek - Segafredo, with an unexpected opportunity to go for another stage win, controlled the pace throughout the first half of the stage. In the final climb Bahrain - Victorious picked up the pace to try and reduce the bunch and give Fred Wright a better chance of winning, however the pace wasn't hard enough to cause any big casualties within the peloton.

Movistar Team accelerated towards the final summit, but the race calmed down on the descent once again with Trek - Segafredo setting the pace.

It was a controlled leadout until the final kilometer where Miles Scotson launched an early sprint, but Pedersen came round and held is lead all the way to the line, beating Fred Wright and Gianni Vermeersch.