Richard Carapaz started the Vuelta a Espana with the goal of winning it, and although he failed to contest the overall classification, he has succeeded as he took his third stage win at the Puerto de Navacerrada. Remco Evenepoel sealed the overall victory resisting attacks by Enric Mas 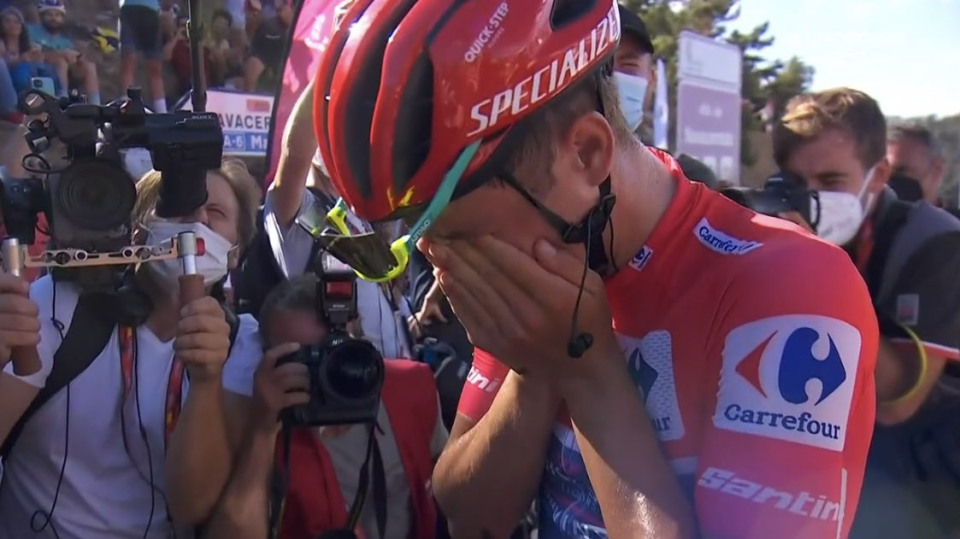 The start of the stage saw several attacks, with a small group going up the road and getting three minutes advantage, Marc Soler bridged across to the breakway, whilst several groups formed behind and started gaining distance on the peloton.

It was a chaotic first hour of racing, eventually Marc Soler and Robert Stannard went clear from the rest of the breakaway, a 24 rider group chasing. With 70 kilometers to go the duo was caught by the peloton, and despite several attacks, the situation remained relatively constant.

At the climb of the Puerto de la Morcuera, Richard Carapaz, Sergio Higuita and Louis Meintjes gwent clear from the breakaway. The trio went over the summit with just under two minutes lead over the GC group where Enric Mas attacked, as did Miguel ´Ángel López and Juan Ayuso, but all attacks were nullified by Remco Evenepoel.

The trio entered the final ascent to Puerto de Cotos alone, Meintjes eventually dropped, and Richard Carapaz attacking near the summit of the final climb,  with the GC group just behinf. López and Mas attacked again but with no success, closing much of the gap but seeing little gaps between the top 10 riders, UAE took control of the group to protect Juan Ayuso's third place.

Carapaz got a gap of 25 seconds lead on the GC group on the final descent, behind Thymen Arensman attacked with three kilometers to go.

Ecuadorian Polka Dot jersey wearer Carapaz managed to hang onto his lead to take another impressive victory, his 3rd stage victory at this year's Vuelta.