Juan Sebastian Molano sprints to win the final stage in Madrid, beating Pedersen and Ackermann on the line 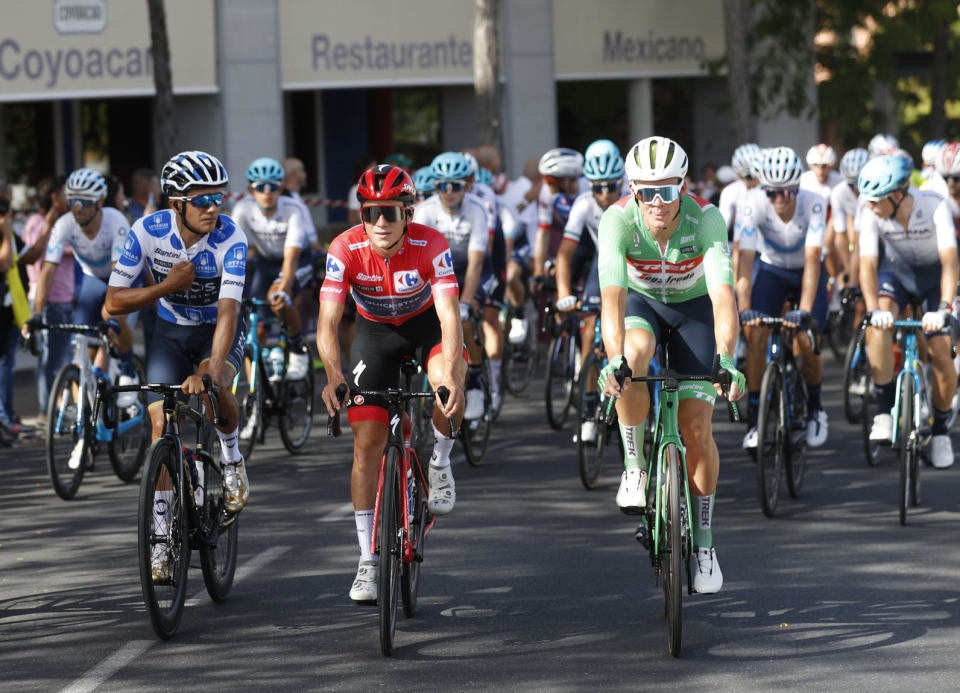 Remco Evenepoel ended the long wait for Belgian cycling on Sunday when he became the first rider in Quick Step-Alpha Vinyl's illustrious history to win a grand tour at the Vuelta a España.

Evenepoel led the race since stage six when he took the leader's red jersey off the shoulders of Rudy Molard (Groupama-FDJ) and despite crashing during stage 12, the 22-year-old rarely looked troubled. Indeed, following repeated attacks from defending champion Primoz Roglic (Jumbo-Visma) in the days following his fall, Evenepoel showed a maturity beyond his years as he kept his cool.

Two stage wins – the individual time trial on stage 10 and Thursday's uphill finish on Alto del Piornal – underlined Evenepoel's status as grand tour champion elect, before the former footballer ended Belgium's long wait for a grand tour champion. Not since Johan De Muynck at the Giro d'Italia in 1978 had a Belgian won a grand tour.

After all but sealing the title on Saturday night – while becoming the youngest rider in 61 years to win La Vuelta – Evenepoel dedicated the win to his parents, fiancée, and team-mates.

“I don’t know what’s going through my head and body at the moment. The only thing I know is that I am happy,” said Evenepoel. “Happy that a dream came true and that I proved what I am capable of. Happy that I am the first to win a grand tour for [Quick Step-Alpha Vinyl general manager] Patrick [Lefevere] and happy I did it in this fantastic team.

“This is the biggest victory, the biggest moment of my career, and it feels incredible. It’s for my parents, my fiancée, my team-mates. It’s the result of many weeks and months of hard work and sacrifices and always believing in yourself.

“I love racing in Spain, I have had success here since my first pro season and to win La Vuelta is a dream. It wasn’t easy, I had some stiff opposition, but I did it and I can’t tell you how much this means for me”