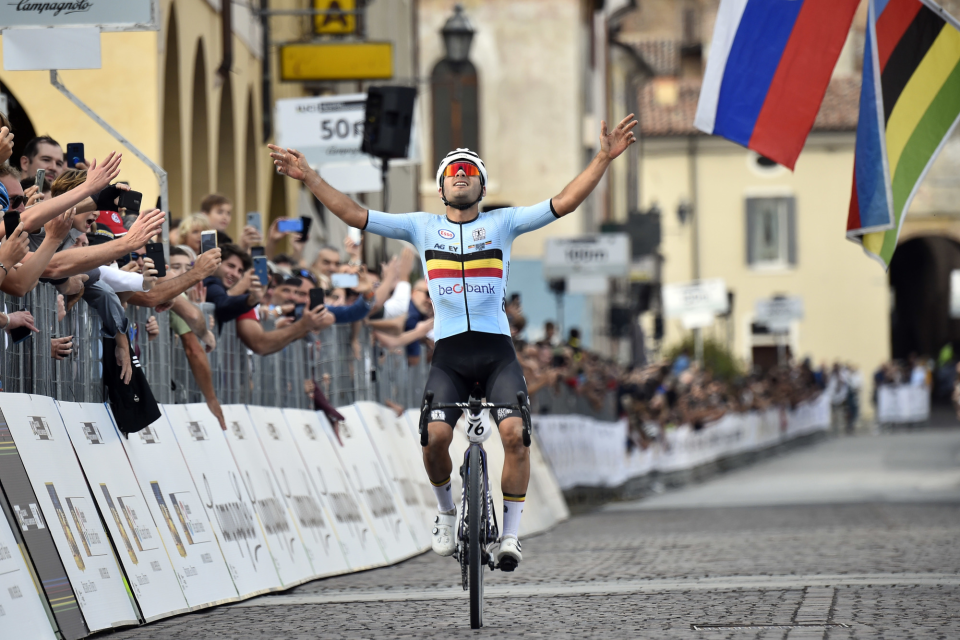 In the opening technical section, the peloton fractured into several groups. With 179 km still to ride, Miguel-Ángel López (Colombia) attacked alone out of the lead group. 4 km later, Magnus Cort (Denmark) broke across to him. Presently, Samuele Zoccarato (Italy) and Beers (South Africa) bridged across to them, forming a leading group of four.

As the race evolved, they were absorbed by the peloton, and, with 154 km to go, Daniel Oss (Italy) attacked, and was quickly joined by Gianni Vermeersch (Belgium).

With 65 km to go, their advantage reached its maximum of 5’35”. With 56 km to go, the chase group began to show signs of impatience and, at the first passage of the finish line, with 54 km to go, Oss and Vermeersch led by 4’40”.

With 6 km to go, Gianni Vermeersch attacked and dropped Daniel Oss. With 5 km to go, Vermeersch led Oss by x seconds. The chasing group was at 2’12”. 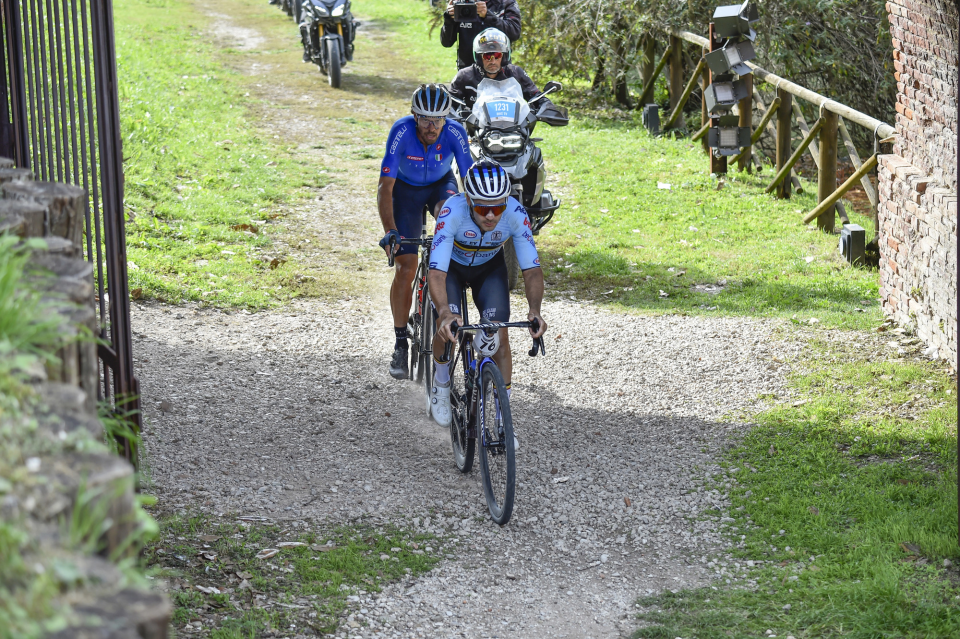 Gianni Vermeersch (Belgium): I think we attacked under a bridge where we had some single track. Daniel attacked, the guys at the front hesitated, and I went across to close the gap. For a moment 6 guys tried to come back but they never managed to get on the wheels. At that point I thought, “It’s going to be a long day.”

Daniel Oss (Italy): It was just after a couple of attacks, and some tricky corners where, if you gain 1m, the tenth guy is suddenly 100m behind, and, if you push on, you put everyone under stress. We rode together for 154 km.

Gianni Vermeersch (Belgium): We were asking the motorbike for the time gaps . They replied in Italian, so I kept asking Daniel to translate. We rode hard, and I knew that if we didn’t break ourselves, we’d be OK. At the start of the final lap we led by 4 minutes. You can’t close 4 minutes in 27 km.

Daniel Oss (Italy): We worked hard together. We always cooperated. On the final lap it was hard for me to follow gianni. It was technical, which made it hard for me. I started to have cramp and he was simply stronger.

Gianni Vermeersch (Belgium): The last single track was perfect for me. It was a little bit like cyclocross. The last time gap was like 2 mins, so I wanted to grow it. When we came out of the single track, I had a gap on Daniel and I continued to the finish. It’s crazy. I never thought I was going to be a world champion. I’m not a bad rider, but in cyclocross I have always raced against Wout Van Aert and Mathieu an der Poel, so it’s almost impossible to become world champion there, and on the road, it’s hard just to get in the Belgian selection.

So to win the first gravel world title is special. Gravel is going to be something for the future, although I’m not going to become a full-time gravel racer. I’ll try to get some more achievements on the road. But I will wear the jersey on Friday in the Serenissima Gravel.

Mathieu van der Poel (Netherlands): I’m happy for my teammate Gianni Vermeersch. It was pretty obvious when they got away that no one wanted to chase them and they took five minutes that no one was going to catch them. I can’t be disappointed with third place. I think it was a success how they organised these championships. Gravel is really hard as well, like a combination of toad and cyclocross, so I think it can be nice in the future. You can get the same position on the bike as on the road, so it is easier to fit into your schedule. We have the world champion on the team now so he is interested too. It’s new and exciting and fun, and I will race in Friday’s Serenissima Gravel. 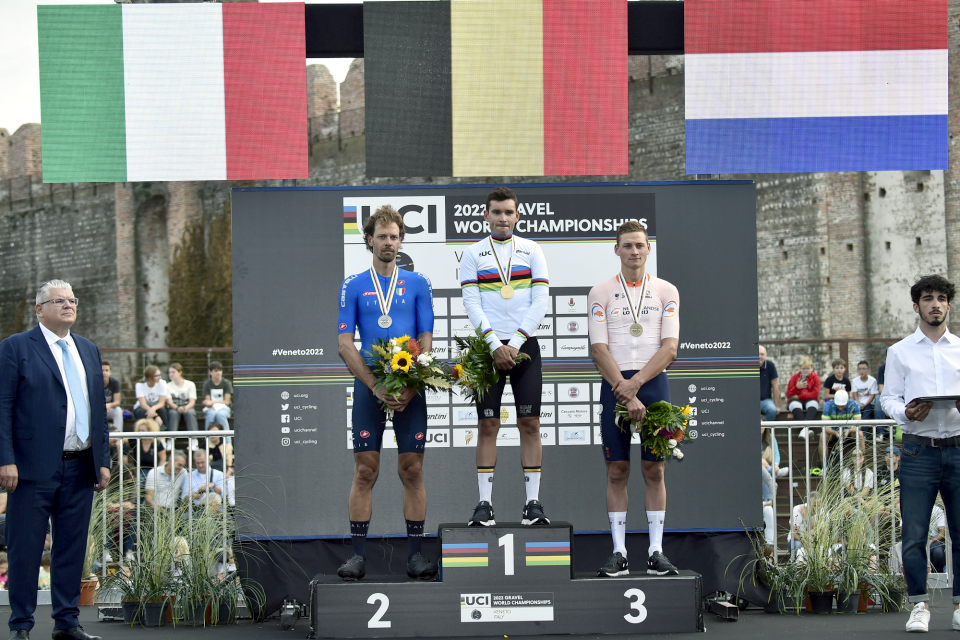