The 2017 Paris-Roubaix route has been confirmed and this year will contain 29 cobbled sectors totalling 55km, over a total race distance of 257km

The two new cobbled sectors are Viesly a Briastre at nearly three kilometres long, and Briastre à Solesmes, a shorter stretch of 800 metres. In total, the Hell of the North will have 55 kilometres of cobblestones, or 2.2km more than in 2016.

“The first is three kilometres long; it is actually being renovated but it is one of the difficult sectors,” said route designer Thierry Gouvenou.

“The next is a lot shorter, however it is uphill! It is not our wish to make the race harder at this stage, but to find more diversity between the cobblestone sectors and make sure these areas continue to feed the legend.”

The 256 kilometres parcours will again start in Compiègnes and of course finish on the famous Roubaix velodrome. After the first stretches of cobblestone a change of direction will lead the peloton to the Briastre and Solesmes for sectors 26 and 25, which haven’t been used in the race for 30 years.

Along with the changes the race will still feature the infamous sectors of the tranchée d’Arenberg, Mons-en-Pévèle and the Carrefour de l’Arbre.

A Sunday In Hell!

On Sunday the 9th of April, 2017 the bunch sets off for the 115th edition of Paris-Roubaix, the third of five monuments on the cycling calendar. Also known as the ‘Hell of the North’, Paris-Roubaix is one of the oldest and one of the most difficult one-day races with riders having to endure a daunting gauntlet of cobbled sectors before the finish in the Roubaix Velodrome.

A perfect blend of positioning, power and tactical nous are required if a rider is to lift the famous cobble-stone trophy awarded to the victor, not too mention a large slice of luck. Given the conditions, mechanical issues are unavoidable in Roubaix, the timing of which can be the difference between winning and losing.

Mathew Hayman is title holder. In 2016, he out sprinted Tom Boonen, Ian Stannard and Sep Vanmarcke on the line.

Les Amis de Paris-Roubaix are a volunteer organisation who work on preserving and maintaining the cobblestones of Paris-Roubaix and they have posted a photo showing the work that is taking place on one of the sectors of pavé used in the famous race.

The group are focused on two sectors this year and the works in Auchy-lez-Orchies are well advanced and according to Les Amis should be completed by the end of February, weather permitting. The other sector which will be worked on is at Mons-en-Pévèle.

The group undertake work on an ongoing basis to repair potholes along the route and ensure the sectors are rideable. In addition to repairing sectors of pave, they also try and rediscover sectors in the Nord region which could be used in the race.

The group was founded by Jean-Claude Vallaeys in 1983. It is based in France but is open to members all over the world and it’s due to their work that the race retains its unique character.

You can ride Paris-Roubaix

Roide Paris-Roubaix on April 8th 2017, the chance to ride and watch this most heroic and hardest race in the world Paris-Roubaix.

This fantastic Cycle Tour is specially designed for those who are interested to explore the mythical and dusty cobblestone tracks in Northern France, taking place April 7th- April 10th.

Paris-Roubaix is a must do experience for a those cycling fanatics who love to Cycle in France.

Cycle Paris-Roubaix and get an unforgettable life time experience!

Click here for full details of the Paris-Roubaix challenge trip with our partner Cycle Classic Tours. 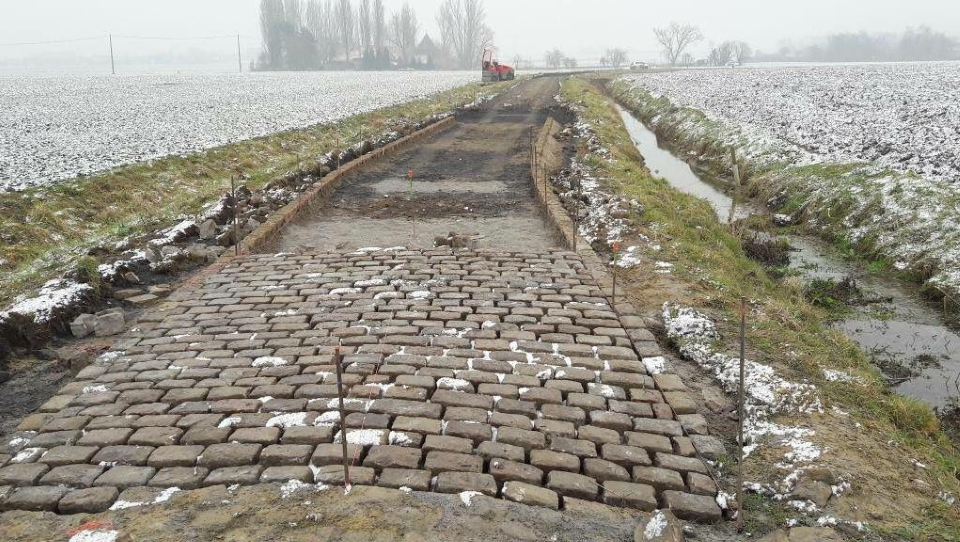