Danish champion attacked for a second time, after being brought back after a nearly 60km solo effort 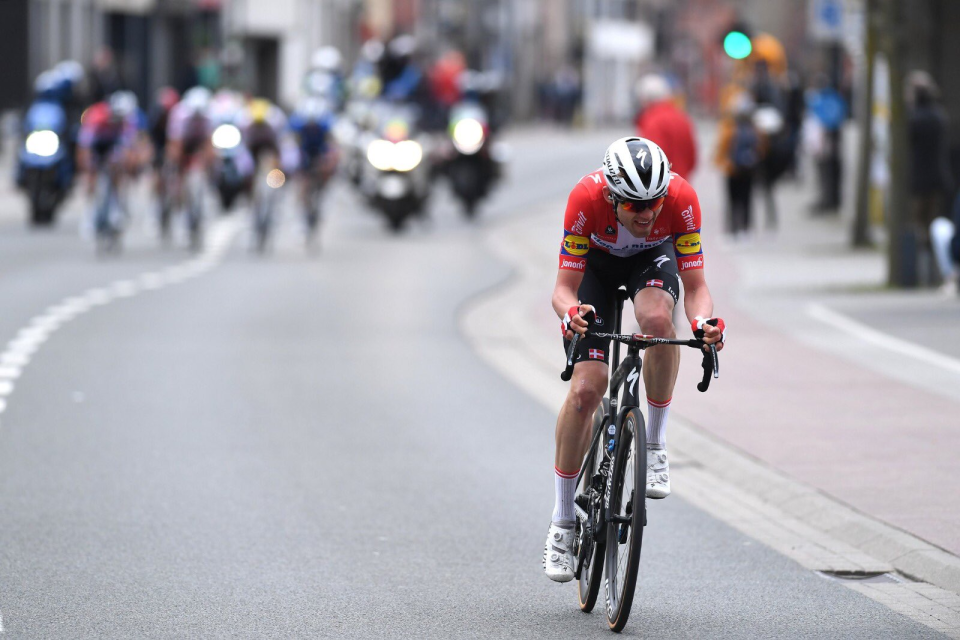 The Danish national champion launched a solo attack with around 70 kms to go to ride away from favorites including Wout Van Aert and Mathieu van der Poel.

He built up a maximum lead of only 25 seconds, behind the dominant Deceuninck – Quick-Step breakaway led the chase

On the  Tiegemberg Van Aert attacked but Van de Poel countered and Van Aert was dropped.

With 12 km to go they caught Asgreen, but with 5km a recoverted Asgreen attacked again and on one could respond.

Deceuninck – Quick-Step's Florian Sénéchal won the sprint in the chasing group to finish second, making it a one-two for the Belgian squad, while Van der Poel was forced to settle for the final podium spot.

"I knew after the effort I did today that I want’s going to have any chance in the last kilometre, so I had to get away and arrive alone if I wanted to win the race. It was all or nothing at that point.I don’t know if I surprised them but I tried to use the traffic island to put some distance between them and myself so I could get a gap before they could react. I don’t know if that made the difference.

Agreen said afterwards, "I think everyone had a hard day and everyone was on the limit.I felt good out there. I felt good the last week so I was really motivated to go out and create a hard race - that’s where I have my biggest strength. I was not afraid to open up the race early. To go solo for that long was not the plan but in the end when you’re off the front you just have to put your head down and make the most of it.We had an amazing team here.

"Everyone was so strong. I could hear them cheering for me behind and I could hear how well they were bluffing the other guys. We always had someone there. It was really perfect. A huge thanks to the guys. It’s really amazing teamwork. It would not be possible to do a ride like this without my teammates, that’s for sure."