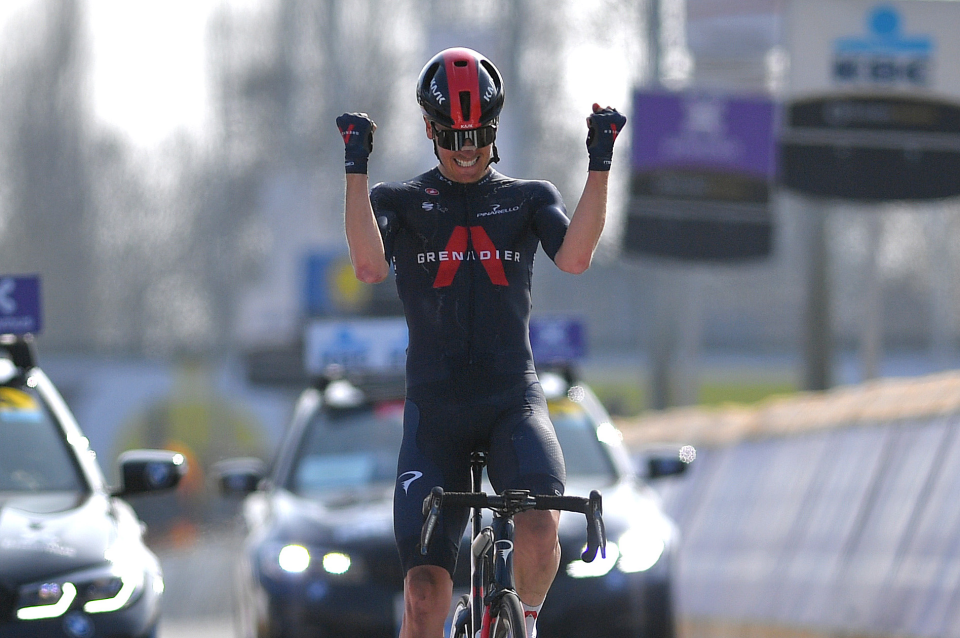 Also known as the ‘Around Flanders’ the 180km race is a precursor to the Tour of Flanders on Sunday, and many of the contenders for the event competed in the sunshine through the lush-green fields here.

Van Baarle broke free with 52km to go with most of the 13 hills (bergs) ahead of him. His relenteless effort kept the peloton at bay, including world champion Julian Alaphilippe and Mathieu van der Poel. The peloton and chase group eventually gave up with 10 km to go.

Van Barle said after his win, “To win a semi-classic is super special. It’s really important. Last year was a difficult year with everything that happened, but now we are on the good way, we’re approaching the classics a bit differently this year – much more attacking. It’s nice to race like this. I’m happy I could finish it off.”

Annemiek van Vlueten won the women’s race earlier in the day beating Kasia Niewiadoma in a long range sprint after the pair powered away from the rest of the breakaway.