“It was really tight. Usually, a long sprint is good for me,” Van Aert said.

“I didn’t dare to believe, but the race organisers came to see me to tell (me) I had won.”

He also claimed revenge for Pidcock’s Brabantse Pijl success on Wednesday, when the 21-year-old secured his first triumph for Ineos Grenadiers.

“I left it too late, I should have gone earlier,” Pidcock said.

“I thought I was the quickest, it’s frustrating to lose by such a margin.” 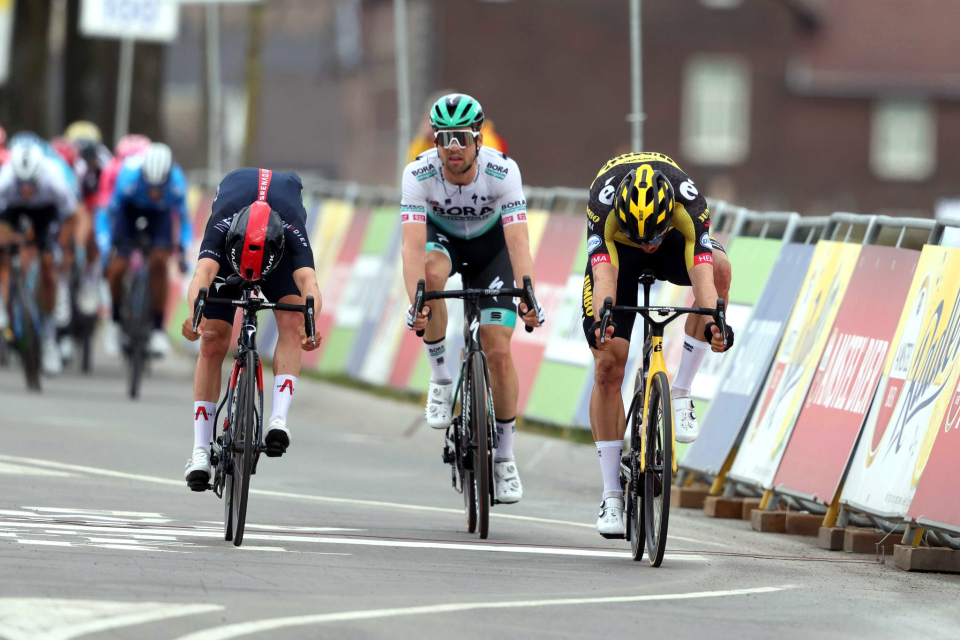 Bora-Hansgrohe rider Maximilian Schachmann was third, two seconds behind after 134 miles of the opening Ardennes classic.

Racing into the final mile near the town of Valkenberg, just to the east of Maastricht, they were left to fight for the win.

Van Aert broke and seemed to be closing in on the race, before Pidcock’s late push caused debate about the winner.

But the 26-year-old was given the victory to add to his Gent-Wevelgem win in March.

The second classic in the region, La Fleche Wallone, takes place on Wednesday before the prestigious Liege-Bastogne-Liege four days later.

Marianne Vos collected one of the few titles she had not won when she claimed the women’s Amstel Gold
Race on Sunday. The Dutch Jumbo-Visma rider won in a sprint finish in Valkenburg ahead of her compatriots Demi Vollering and Annemiek van Vleuten. The 33-year-old Vos had never won the Amstel, although she had taken a
world road race championship over the same course nine years ago.

Australian Grace Brown, winner of this season’s Bruges-La Panne classic, broke away in the final miles and built a lead of 30 seconds with 8 miles to go.

Italian Elisa Longo Borghini and Polish defending champion Katarzyna Niewiadoma then escaped on the Cauberg climb with two kilometers to go, but started playing cat and mouse and were swallowed up by the chasing pack in the final 500 meters. Vos then took the sprint by a wheel.