Cyclists and their families enjoyed three days of cycling at the seaside resort of Porto Recanati in the Marche Region along the Adriatic coast, part of the International Gran Fondo World Tour® Series 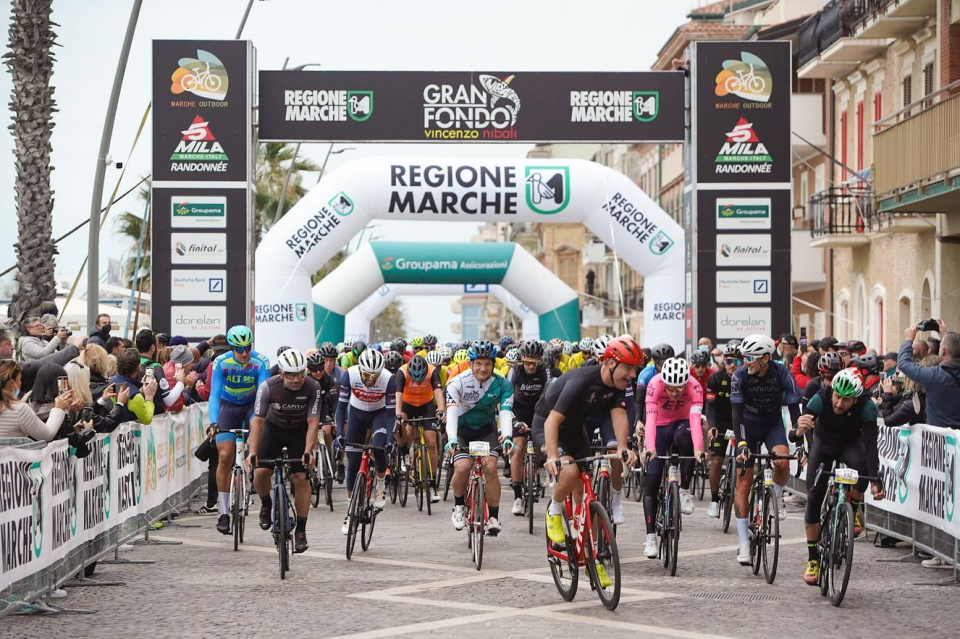 A week after finishing his 17th professional season at Tour of Lombardy, Vincenzo Nibali, “the Shark of Messina”, headlined the Granfondo that bears his name in Porto Recanati, Italy on Sunday 17 October.

The multiple Grand Tour winner who currently rides for Trek-Segafredo with his brother Antonio, celebrated with over 2,000 cyclists and their families at an exciting weekend of cycling in the Marche region.

The cycling festival weekend culminated on the Sunday with Vincenzo leading out the peloton to ride the 123km Granfondo which included 2,200 meters of climbing over the steep hills of the Marche region.

With a view to develop cycle tourism, the Granfondo Nibali was strongly desired by the Marche Region and Marche Outdoor, the event part of the prestigious circuit International Gran Fondo World Tour series. At the head of the organizational machine in the Recanatese event was Andrea Tonti, former professional. 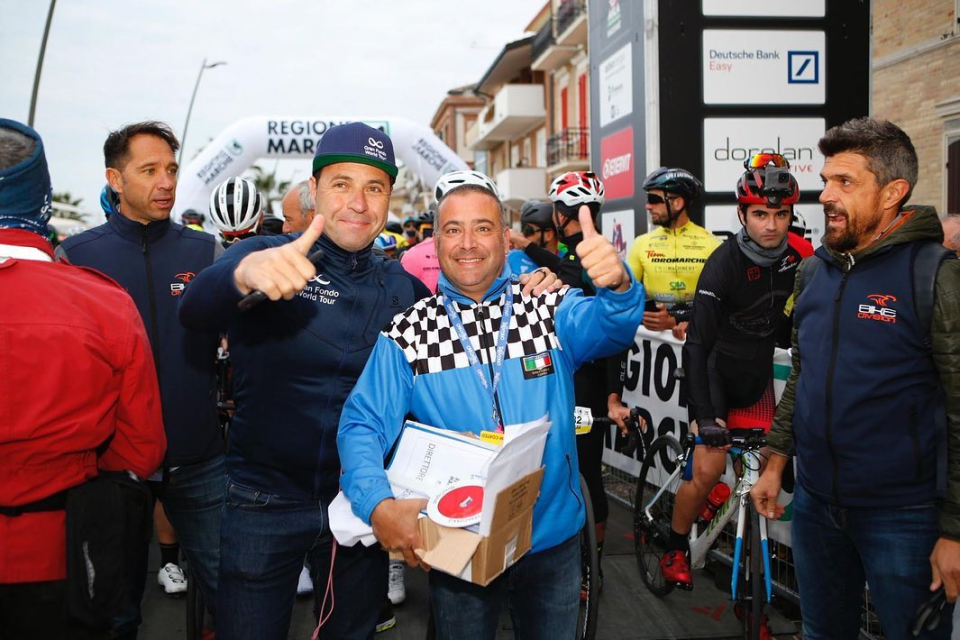 Vincenzo Nibali is considered one of the best stage race pro riders of his era. His biggest wins are the 2010 Vuelta a España, the 2014 Tour de France and the Giro d'Italia twice (2013 and 2016), making him one of seven cyclists who have won the three Grand Tours in their career! He also won the 2012 and 2013 editions of the Tirreno–Adriatico stage race. 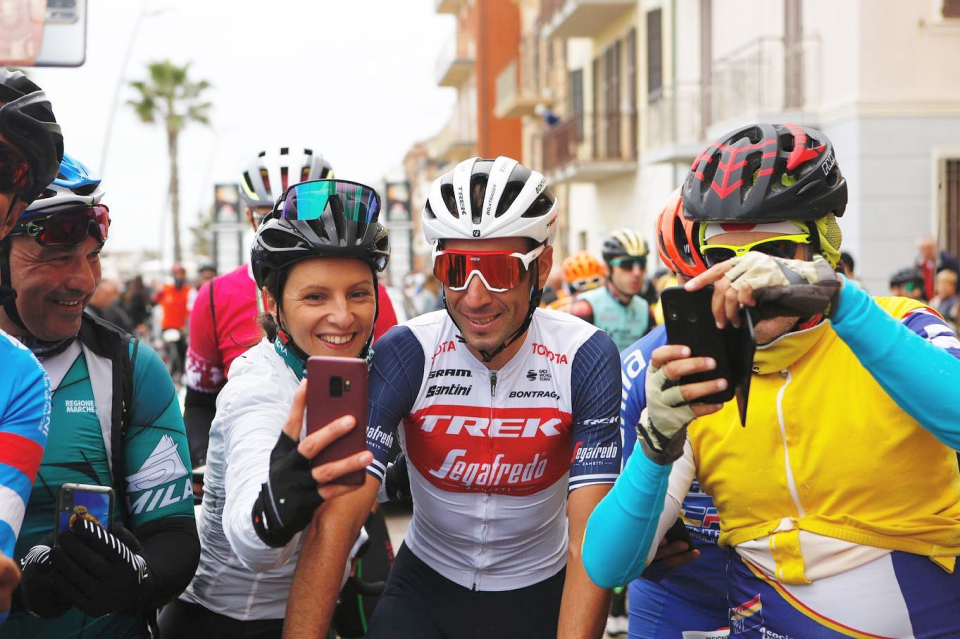 The Granfondo was just one of the events laid on over the 3 days. The weekend started on Friday 15th October with the challenging ultra-distance 5 Mila Randonee, a non-competitive challenge over a distance of 250 kilometres and with over 5,000 meters of climbing, with many starting and finishing in the dark! 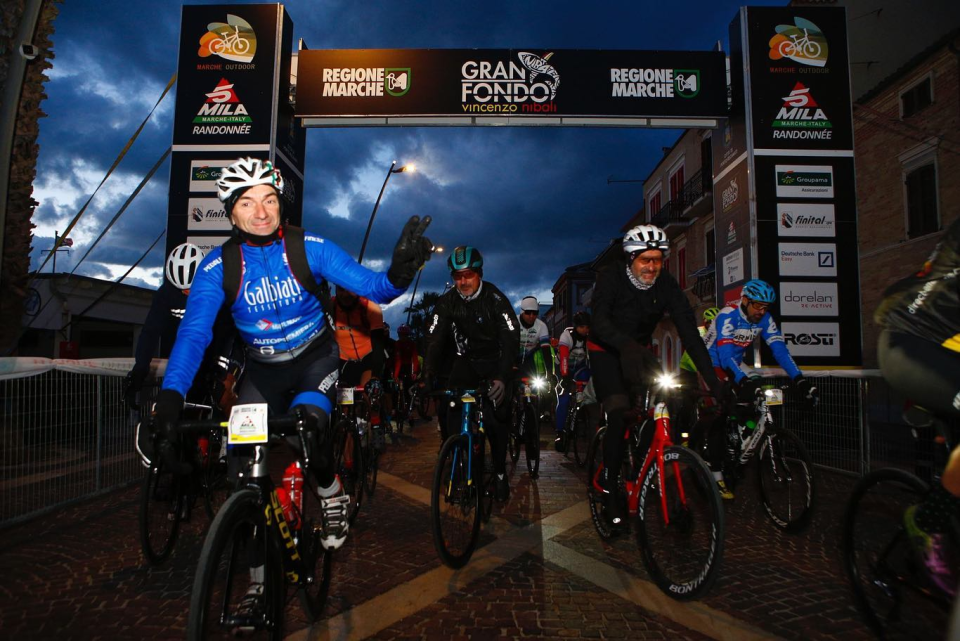 On Saturday 16th October families enjoyed the autumn colors of the Marche & Shark village  participated in the Free Bike & Family cycle ride of 10 km to discover the splendid Monte Conero and its coast, complete with a food and wine aid station.

In the afternoon, children of all ages took part in the Mini GF Nibali with skills and sprint tests, while in the evening there was a gala dinner at which the Shark of the Messina was of course the special guest. 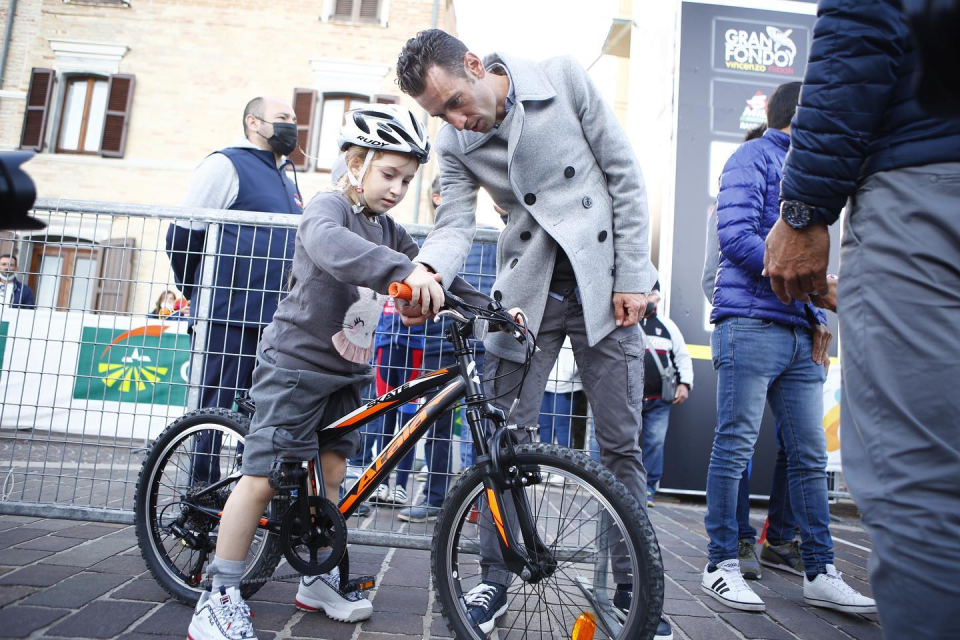 The Granfondo was no walk in the park, the most challenging climbs included the Avenale (4 km, 6% average gradient and 12% maximum gradient) and the dreaded and aptly named “Wall of the Shark” (1.2 km at 12.5% with a peak gradient of 18%) named after the Italian professional!

Vincenzo used the climbs for training and give it full gas up some of the steep climbs with his brother and many cycling stars along for the ride. 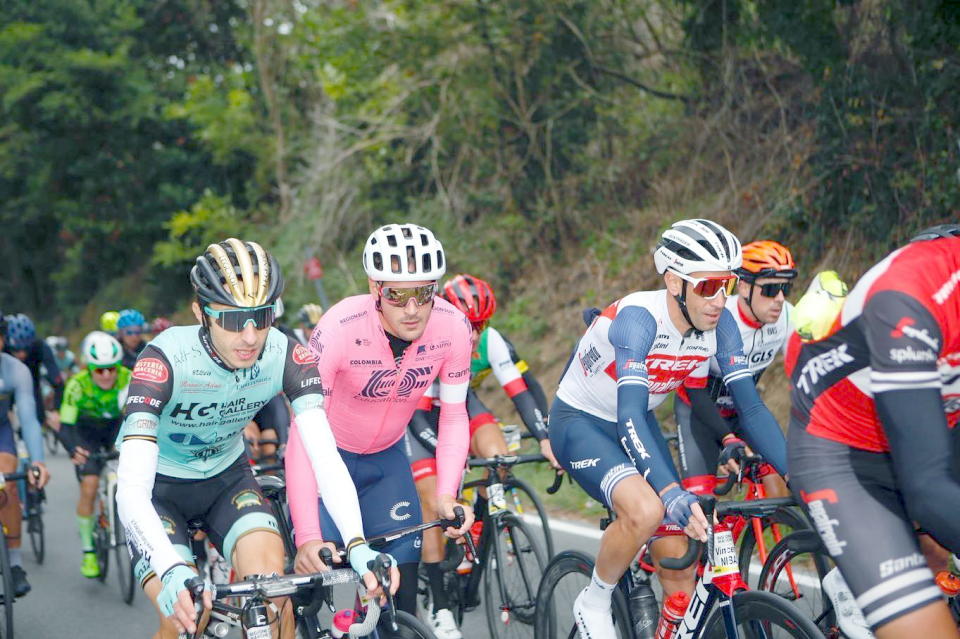 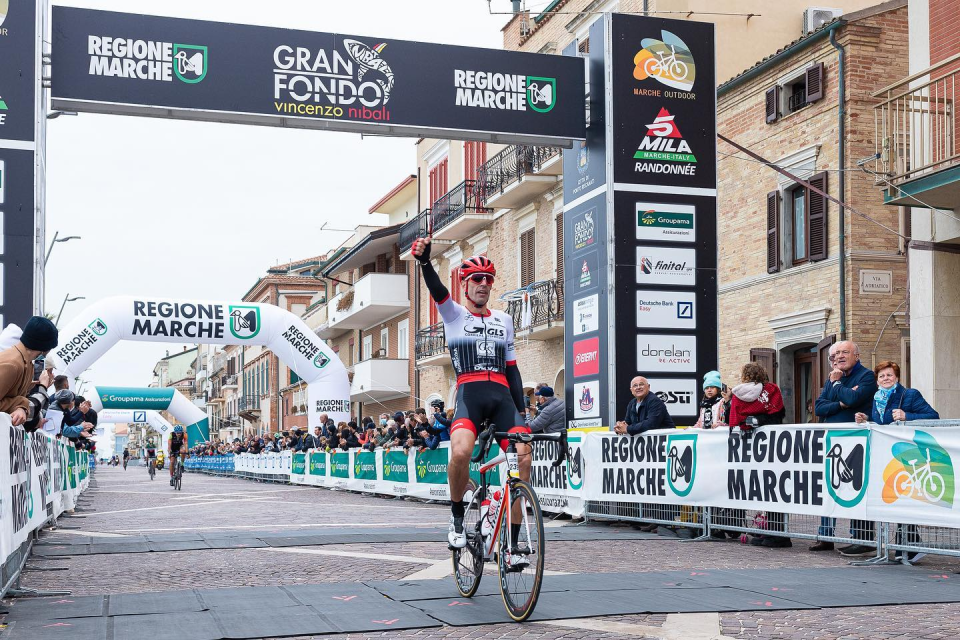 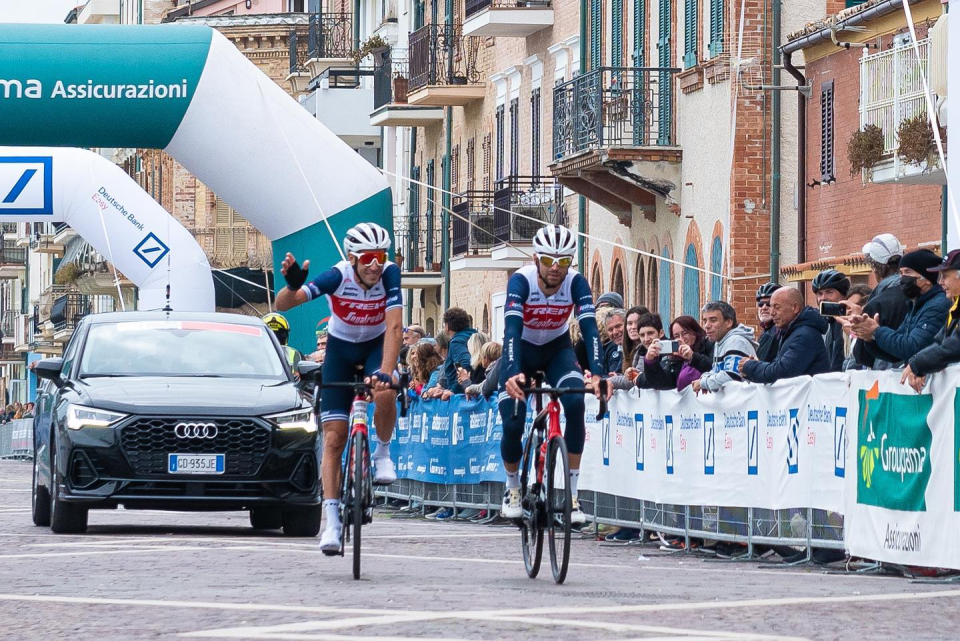 The Go Fast Team celebrated with wins in both the Gran and Medio Men’s races. 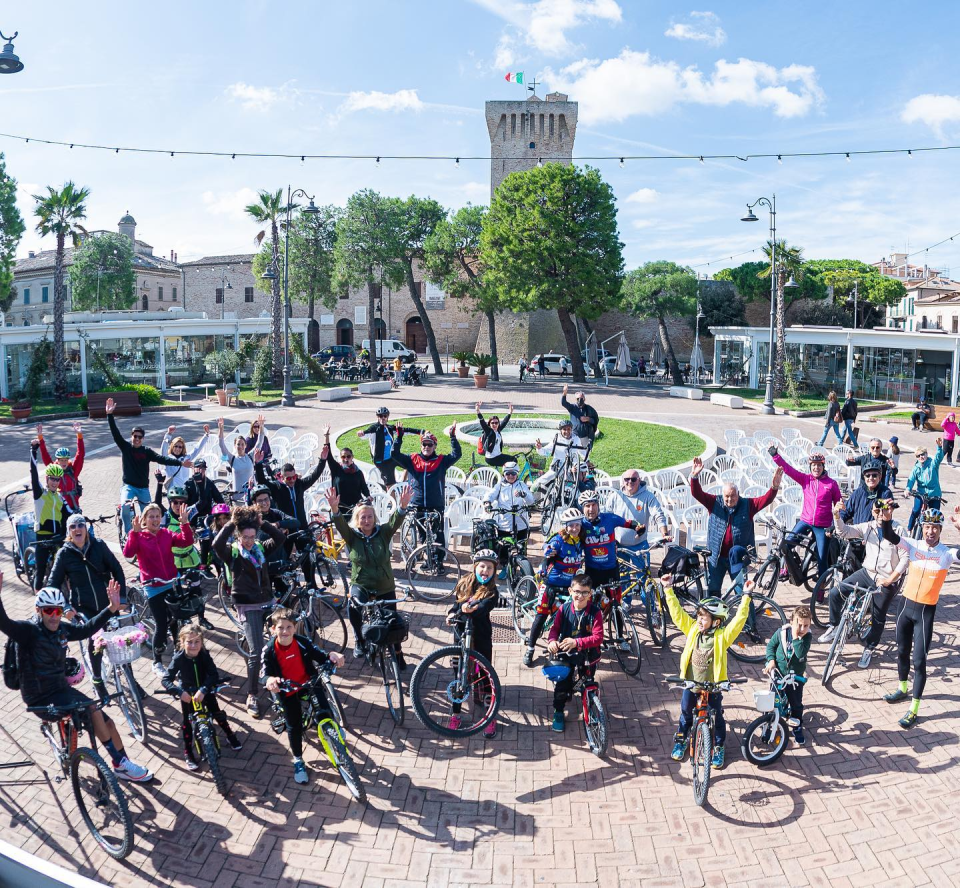