Mathieu van der Poel has set his sights upon racing the new UCI Gravel World Championships. The superstar will also be aiming to add the cyclocross and road racing world titles next year 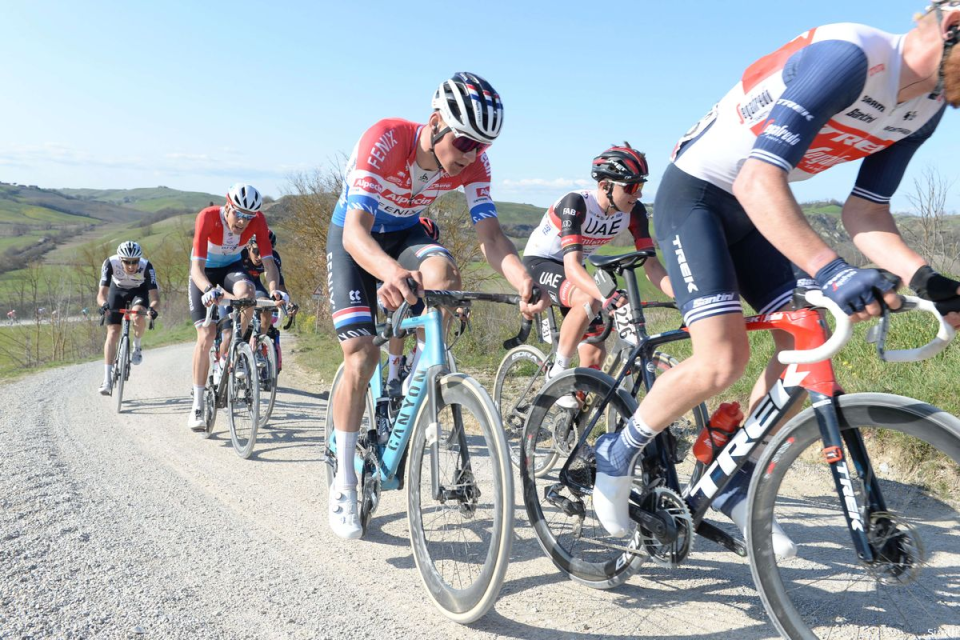 If the Dutch star took to gravel as well as he has every other discipline involving a bike, he could make history by attempting to win four world titles in cyclocross, mountain biking, road racing and of course gravel.

It was announced by the UCI in late September of this year at the Road World Championships in Leuven that there would be a full international calendar that would lead to riders qualifying for the Worlds, meaning Van der Poel would have to race some prior events and do well to qualify.

In an interview on GCN‘s YouTube channel, Van der Poel answered very quickly to the question whether he would like to try to ride the Gravel World Championships with a “yes.”

Before replying to the question of whether he will win it with: “I don’t know, I’ve never raced on gravel before.”

Van der Poel isn’t the first big name in cycling who wants to have a go at the gravel races next year, with Team TotalEnergies’ new leader Peter Sagan also keen to have a go as well as heading back to his roots in mountain biking.

In other questions Van der Poel said that he believes team-mate Tim Merlier is faster than Mark Cavendish (Quick-Step AlphaVinyl), if he had to choose one discipline it would be mountain biking, refusing to really answer the question of ‘who is best’ out of himself and Wout van Aert.

Other controversial topics included white shorts, leg warmers over or under socks and cycling cap peaks.

Van der Poel had an incredible 2021 but didn’t retain his title at his favourite race, the Tour of Flanders. But he put in some amazing shows on the opening stage of the UAE Tour before leaving due to Covid, his amazing victory at Strade Bianche with two more at Tirreno-Adriatico.

Not to mention his stage win on stage two of the Tour de France and the following six days in the yellow jersey.

Crashing in the Olympic mountain bike race meant that Van der Poel then missed out on multiple races including the Benelux Tour and the mountain bike World Championships before claiming eighth at the road worlds and second at Paris-Roubaix where he ended his season.

He is expected to return to racing in cyclocross on Boxing day this year.