The Belgium powerhouse powered away from his rivals on the Bosberg, none of them could go with him 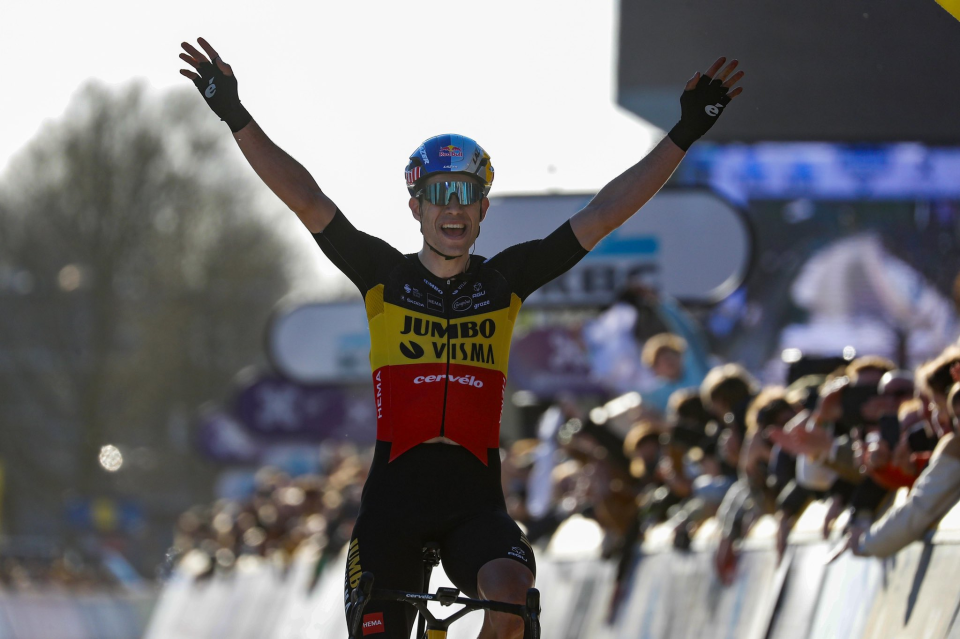 A brilliant attack from the pack from Wout van Aert (Team Jumbo–Visma) saw him leave his rivals in his dust and win Omloop Het Nieuwsblad, the opening classics race, for the first time.
With 12km to go Van Aert attacked at the base of the Bosberg and broke away, forcing the chasing group to do whatever it took to respond.But none of the pack could go with him, and they were all left chasing with no attempt to counter his move.
Van Aert comfortably saw out the win, building a big lead over the chasing pack and coming home for his first victory at Omloop.
Sonny Colbrelli (Bahrain Victorious) won the bunch sprint to take second place, with Greg Van Avermaet (AG2R Citroën) third.
Van Aert's win represented a first win for a Belgian national champion at the race for 33 years.
After the race Wout van Aert expressed his solidarity with the people of Ukraine following the Russian invasion. "I want to say one more thing: bike racing is the most important side issue in the world, with the emphasis on side issue. It's just madness that war is still possible today, and so close. For what it's worth, I would like to express my support to everyone involved in Ukraine."