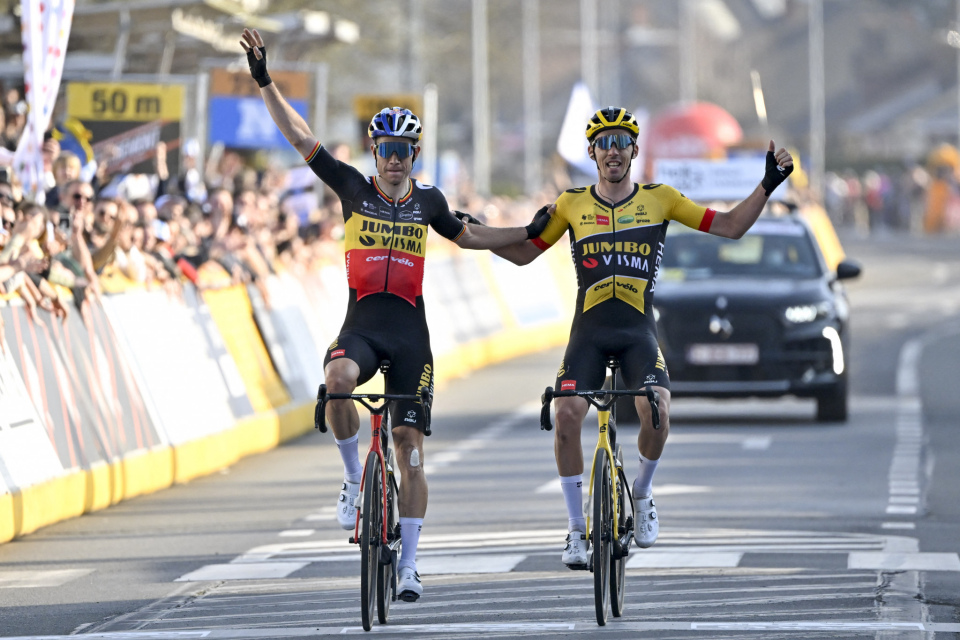 The tension towards the highlights of the classics season is building up and so it was time for the E3 Saxo Bank Classic yesterday. Covering a distance of 203,9km and 17 climbs the race that starts and finishes in Harelbeke is also know as the final rehearsal before the Tour of Flanders.

Van Aert and Christophe Laporte crossed the line in 4h 38m 4s after making an attack over the Paterberg with 40 kilometres of the 203.9 km route to go.

Van Aert headed into the race as one of the favourites and duly delivered when he made the break with Laporte, who initially struggled to stay with his partner but eventually pulled out a gap of 1min 35sec at the line, with Swiss rider Stefan Küng of Groupama-FDJ placing third after sprinting from the chasing pack in the final moments.

"The team was impressive, I have to thank every single one of the guys for setting us up in the final," said Van Aert after the race.

"Me and Christophe were supposed to be more defensive until the Paterberg and from then on we were together in front.

"Also a big thank you to Christophe to give me this victory.

"It means so much to win this big Classic in Flanders and I'm really proud of my team."