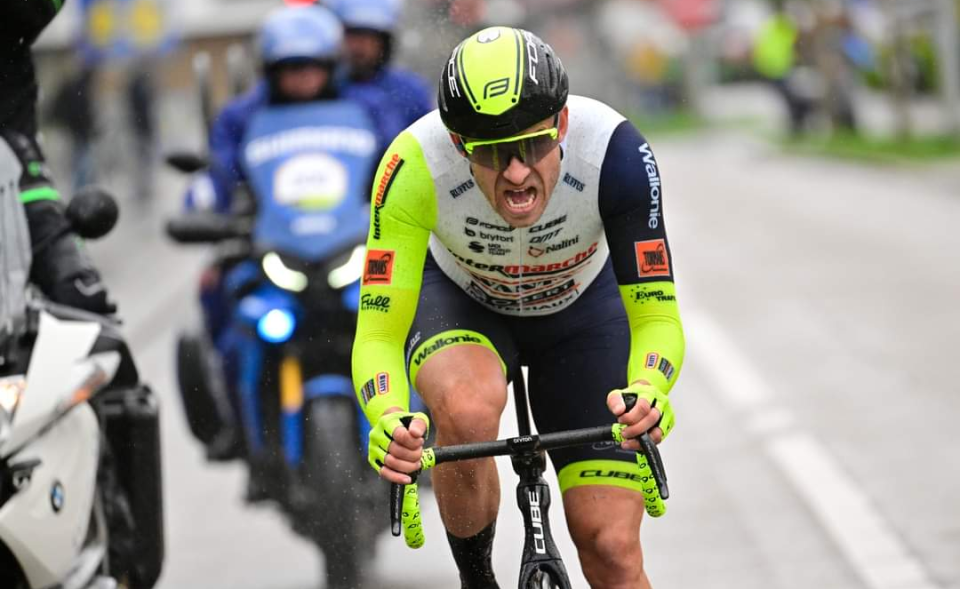 Alexander Kristoff was one of the pre-race favourites for the win at Scheldeprijs, but surely it was not in his plans to take the win after a solo attack. The Intermarché - Wanty - Gobert Matériaux was present in the small group that went clear early in the race due to the crosswinds, and then attacked solo in the final kilometers for an impressive win.

The 198-kilometer long race never had a breakaway as all teams were attempt right from the start to the move, as there was very strong wind, mostly as exposed crosswinds right from the get-go. With only 28 kilometers of racing a move went off with 14 riders in front including Merlier, Philipsen, Bennett and Kristoff. With Quick-Step absent, and forming an alliance behind, the pace was hard throughout the whole day, and that fatigue settled in in the final hour of racing as several riders of the group started to crack.

The group collaborated well into the 20 kilometers to go, when BORA started to attack as they carried numerical advantage, and also because Sam Bennett - as later proved - was struggling deeply and ended up cracking after a mistimed puncture inside the final 10 kilometers. Several attacks followed but none stuck as the roads were flat and everyone was ready for the offensive of some.

Alexander Kristoff attacked with 7.5 kilometers to go on the final cobbled sector, and got a gap to the chasing group. It was an incredible display of power as the rain was falling. The Norwegian didn't wait for a sprint, and his tactic payed off as Kristoff entered the final kilometers alone and went on to what was one of the most impressive wins of his career.

After building the gap, he kept it until the finish, winning the race solo, as Danny van Poppel and Sam Welsford completed the podium 20 seconds later.