The INEOS Grenadiers rider succeeded in taking his second Amstel Gold Race victory after a two-up sprint with Benoît Cosnefroy, only a photo-finish could decide the race winner 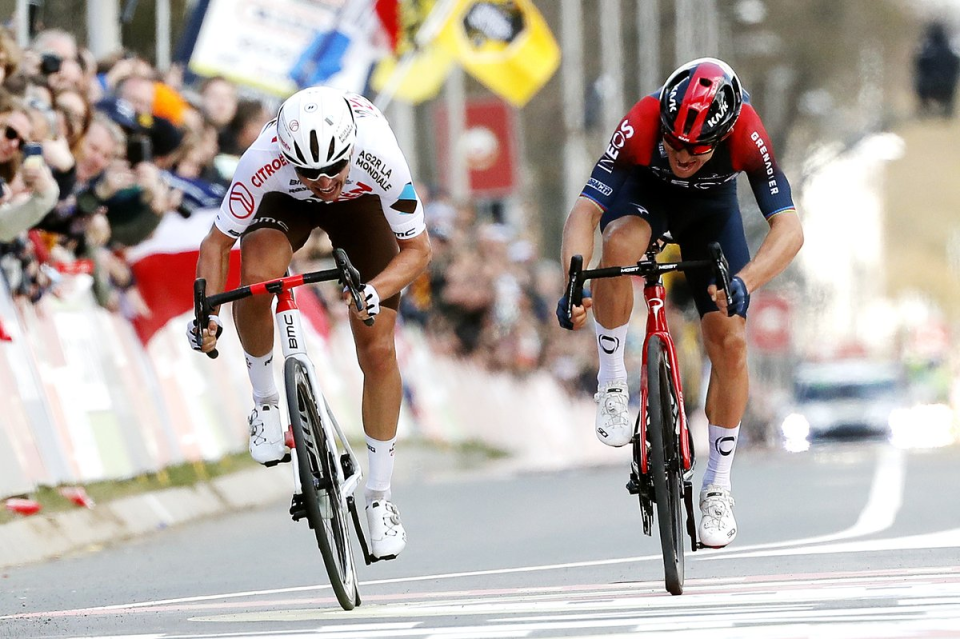 Victor Campenaerts later attacked and joined the group, but waited for the peloton and later the remains of the front group with 45 kilometers to go. INEOS stretched things out over a quick sucession of climbs that anteceded the Cauberg, and a small group emerged from that containing several of the pre-race favourites.

After the Cauberg the attacks began in the group with Pidcock, later Kwiatkowski attacking and getting a gap, joined by Benoît Cosnefroy who attacked on the Geulhemmerberg. The duo built a gap of 20s, that wouldn't come down as there was no concerted chase in the group of favorites behibnd, marked by a flurry of attacks that would frequently bring the gap down to some 13 seconds.

Van der Poel put in some digs in the final kilometers in an urgent attempt to close the gap, but to no success. Cosnefroy was in front and launched his sprint first, the finale was incredibly tight but he was unable to keep the lead as Michal Kwiatkowski won by a mere centimeters with a huge bike throw. Like last year, it was a race decided in a photo-finish, with the winner only being officially announced minutes after.

Tiesj Benoot escaped the chasing group in the final kilometer to take third place on the podium, with a sprint behind deciding the rest of the Top10.