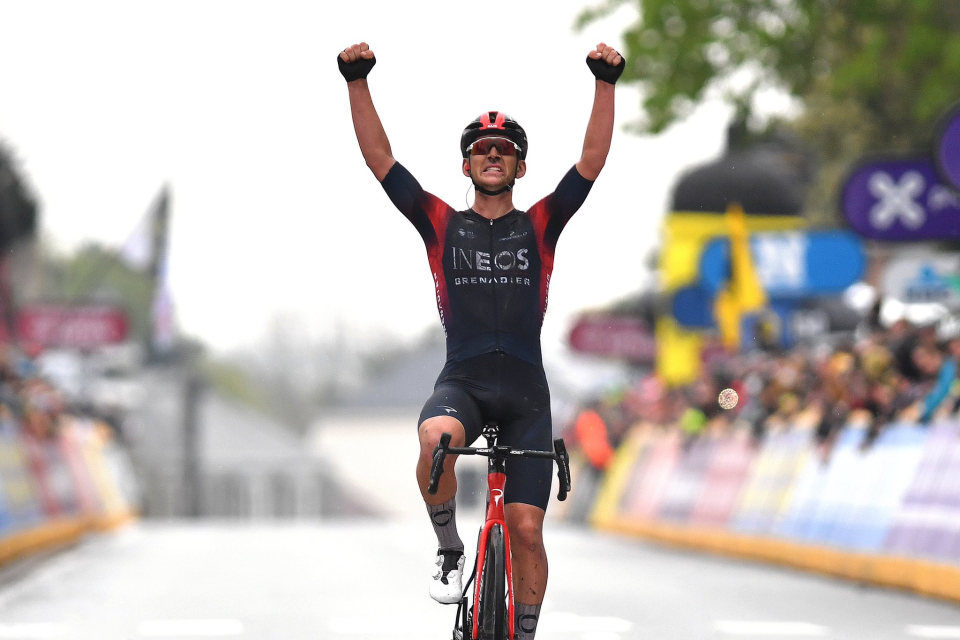 Evenepoel was an ever-aggressive figure in the peloton, making a move with 73 kilometers to go but these were cancelled by the peloton as the splits were closed by voluminous groups. It was with 53 kilometers to go that the decisive group was created as Ben Turner and later Evenepoel launched a move in a slight hilltop, dragging along a 10-rider group.

Teuns punctured, Stannard and Campenaerts cracked, and so a group containing Evenepoel, Wellens, Turner, Sheffield, Pidcock, Cosnefroy and Barguil went on to fight for the win. Plenty of attacks came, however no one git away with every move countered by the elite group.

The decisive attack was made with less than four kilometers to go as Sheffield went on the attack. With two teammates blocking moves behind, he went on to take the win with a strong performance.

Benoît Cosnefroy took second place winning the sprint in the front group, with Warren Barguil third, after Tim Wellens was relegated due to an irregular sprint.