Bahrain - Victorious are on a roll in the classics as Dylan Teuns proved to be the strongest at the Mur de Huy, winning La Flèche Wallone 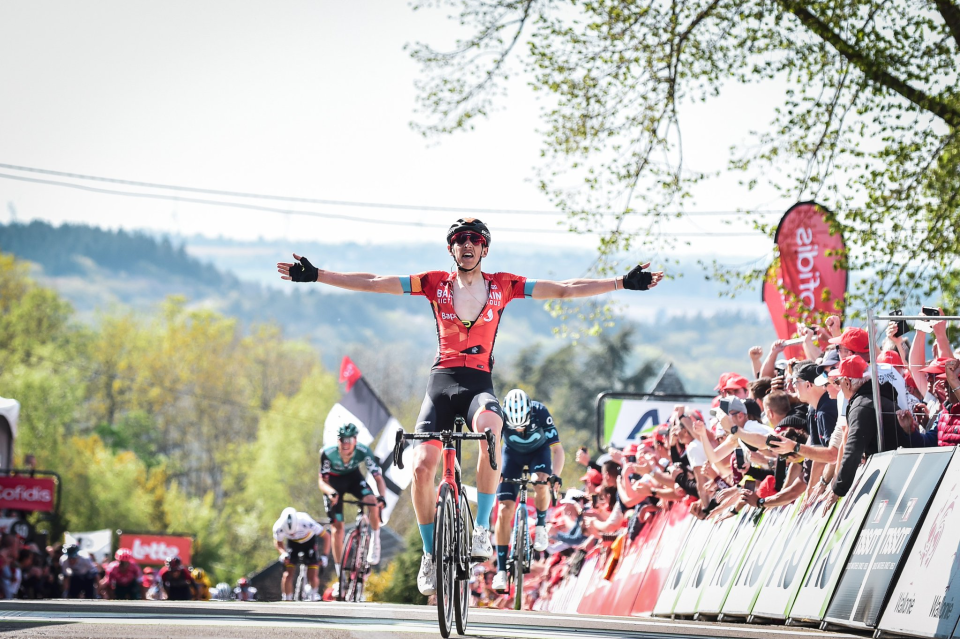 Starting for the first time in Blegny, in the east of the Ardennes, the Flèche Wallonne spring classic featured eleven climbs on its 202km course. After about 120 kilometres, the riders began the first of three loops surrounding Huy, which make up the last 80 km of the race, and on which the Mur de Huy had to be taken on three times. With an average gradient of 9.6 per cent and sections of up to 19 per cent, the Mur threw everything at the riders.

Behind, Simon Carr attacked with 37 kilometers to go at Cherave, catching up with the remnants of the breakaway, the big favourites looking to save themselves for the finale. Carr was caught close to the final ascent of the Mur, where Rémy Rochas, Mauri Vansevenant and Soren Kragh Andersen made a move. The Dane attcked out of the peloton, as the lead-out to the Mur then started to close down the gap.

There were only a handful of riders at the front of the race until the last escapees were caught 9 km before the finish.

INEOS led the whole peloton from the front - despite Tom Pidcock abandoning earlier in the race, with Movistar taking control in the final meters in the lead-up to the uphill sprint.

In the finale, Dylan Teuns was the first to launch a move with around 200 meters to go, and his sheer strength proved too much for his rivals, with Alejandro Valverde unable to maintain his pace in the closing meters, behind, Aleksandr Vlasov finished third.