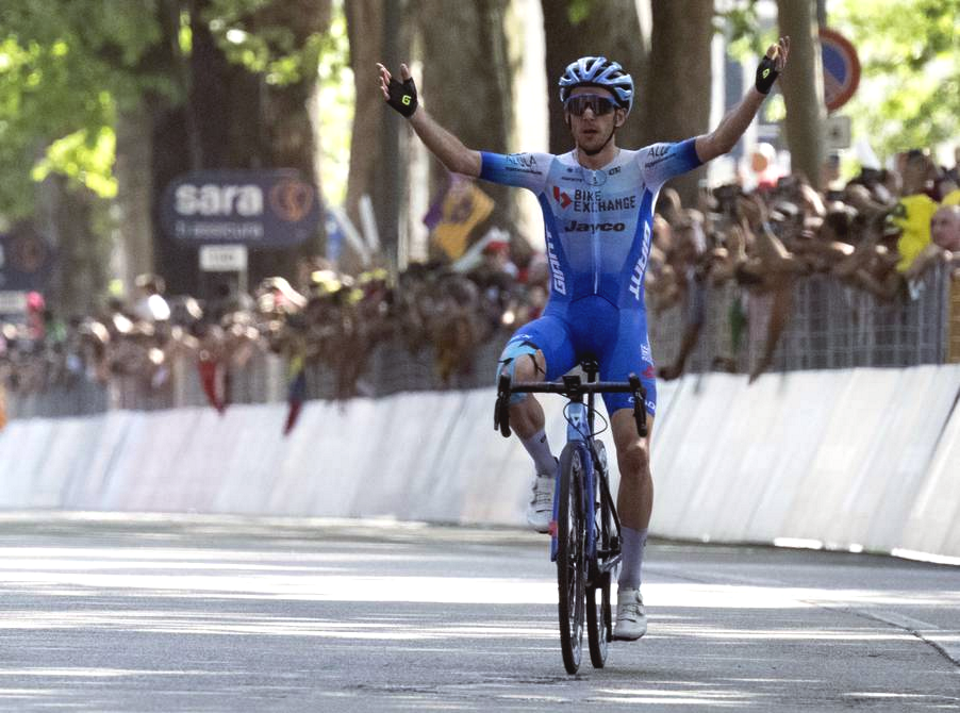 Race favorite Richard Carapaz claimed the overall lead of the Giro d´Italia in an action-packed 14th stage which was won by Simon Yates on Saturday.

Carapaz, the Ecuadorian rider who won the Giro in 2019 then the Olympic gold last year, attacked on the steep climb to Superga with nearly 30 kilometers (19 miles) to go then had to hang on when Jai Hindley, Vincenzo Nibali and Yates caught him on the penultimate ascent to Colle Della Maddalena.

Yates surged on the final small climb to Parco del Nobile and immediately created a gap on Hindley, Carapaz and Nibali.

Yates, the British rider with the BikeExchange-Jayco team, finished 15 seconds ahead of Hindley, Carapaz and Nibali, who all crossed the line together, after nearly four hours.

It was the second victory in this Giro for Yates, who also won the individual time trial in stage two, and his sixth overall at the Italian Grand Tour.

Yates fell out of overall contention during the ninth stage that finished atop the fearsome Blockhaus climb.

"My original plan was to make the breakaway today but it didn´t work that way," Yates said. "In the final move I had the advantage of not racing for GC (general classification) anymore."

The 147-kilometer (91-mile) route from Santena to Turin included two ascents of the Superga and Maddalena hills in a challenging two-lap circuit in the second half of the stage, which resembled a single-day classic.

With the temperature soaring to 34 C (93 F) and a frenetic pace right from the start, the overall standings were completely rewritten.

Carapaz, who rides for the powerful Ineos Grenadiers team, leads Hindley by seven seconds, and João Almeida was third overall, 30 seconds back.

"Now we´ll try to defend the maglia rosa (pink jersey)," Carapaz said. "I didn´t remember that I also took it on stage 14 three years ago but I´m glad to do it again."

Juan Pedro López, the Spanish rider who wore the pink jersey for 10 days, was dropped when Carapaz attacked on Superga. He´s ninth, more than four minutes behind.

Tom Dumoulin, the 2017 Giro winner, abandoned midway through the stage after struggling with back pain recently.

In 1949, the Superga hill was the tragic crash site of the plane carrying the entire Torino soccer team.

Stage 15 on Sunday is a 178-kilometer (111-mile) leg from Rivarolo Canavese to Cogne that features three long climbs, including an uphill finish.