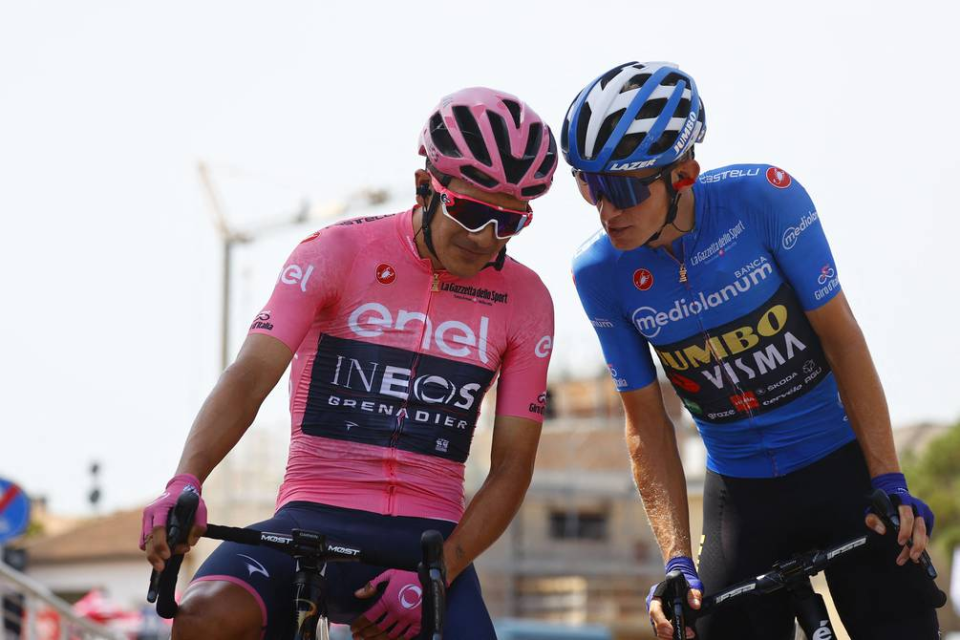 Bouwman beat his four breakaway companions in a bumpy finale for his second stage after Potenza in southern Italy two weeks ago.

Quick Step's Mauro Schmid of Switzerland was just behind with Italian Alessandro Tonelli of Bardiani three seconds off the pace.

Carapaz survived the setback of losing his key mountain lieutenant Richie Porte early in the 178km stage which included three climbs and crossed into neighbouring Slovenia.

Ineos Grenadiers rider Porte was dropped from the peloton on the first climb of the day, the third-category Villanova Grotte, after 70km of racing.

Organisers confirmed the 37-year-old Australian had dropped out of the Giro, which finishes in Verona on Sunday.

A 12-man breakaway approached the main climb of the day, the Kolovrat over 10.3 km and with a 9.2 percent gradient, with more than nine minutes on the peloton.

The four survivors only lost a little over a minute on this climb near Caporetto, the site of an historic defeat for the Italians in the First World War.

Saturday, the 20th stage, the last mountain, includes three great climbs of the Dolomites, the San Pellegrino, the Pordoi for the highest point of this year's race at 2,239 meters above sea level concluding at the Fedaia, with a spectacular steep climb in the last 5400 metres.