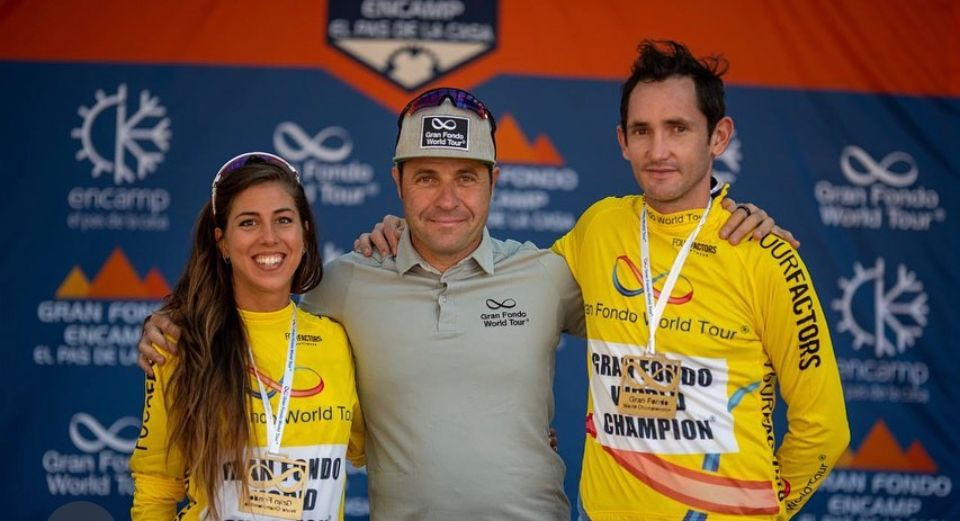 121 participants rode one of three distances on offer with perfect weather for cycling, the inaugural Gran Fondo Encamp Pas de la Casa turned out ot be a low key weekend of cycle tourism, in a superb place.

"We are very satisfied with the first edition, it was a great challenge", explained Dani Buyo, CEO of Gran Fondo World Tour, "It wasn't easy putting on a new event in Andorra, with a burgeoning calendar, and three other events”

Dani Buyo positively pointed out from the offset, "the safety and enjoyment of all participants taking part in the inaugural edition was our top priority. The new format of timed sections allowed cyclists to enjoy the route, stop and appretiate the rest stops, chat to the pro's, and ride competitively on the timed sections on famous climbs in the region used the Vuelta and Tour de France"

Photo: safety and enjoyment of all participants taking part in the inaugural edition was top priority 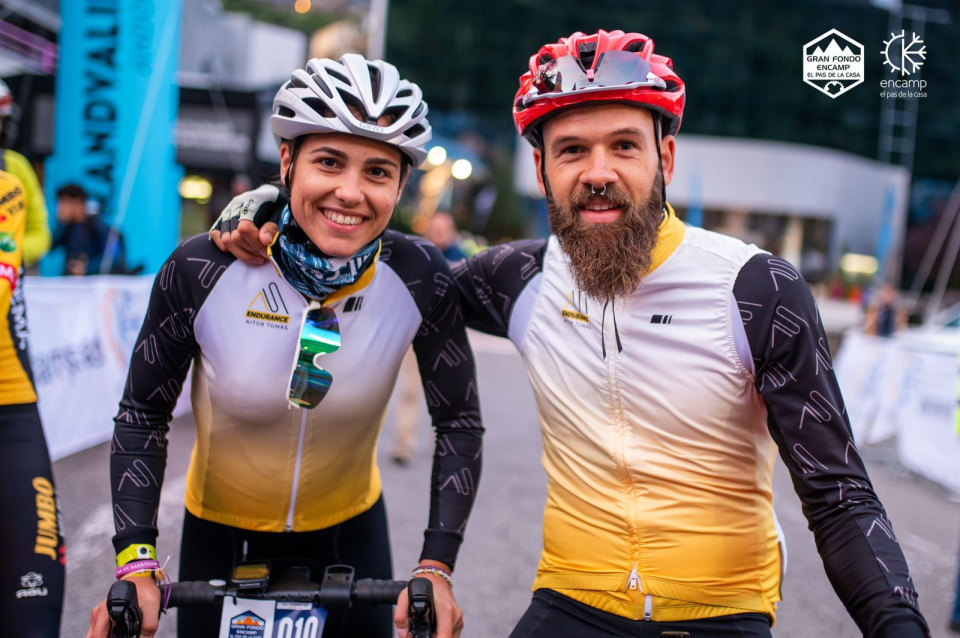 The awards were up for grabs on the 103 km Gran Fondo which included the cilimbs of Beixalis, Ordino, Envalira and Cortals d´Encamp.

The fourth edition of the Gran Fondo World Championship ® is scheduled next year in South Korea.

On the Saturday it was possible to enjoy a VIP Ride with top professional riders Robert Gesink (Jumbo Visma) and Jack Haig (Team Bahrain Victorious) on part of the course. Gesink and Haig both use the region and the climbs as part of their training for the upcoming WorldTour season and Grand Tours like the Vuelta a Espana and the Tour de France.

Buyo explained "Timed sections meant that people could stop and enjoy refreshment out on course without having to worry about their overall time. We carried out a survey afterwards so we could get feedback from participants to see if they liked this more relaxed,but just as competitive format" 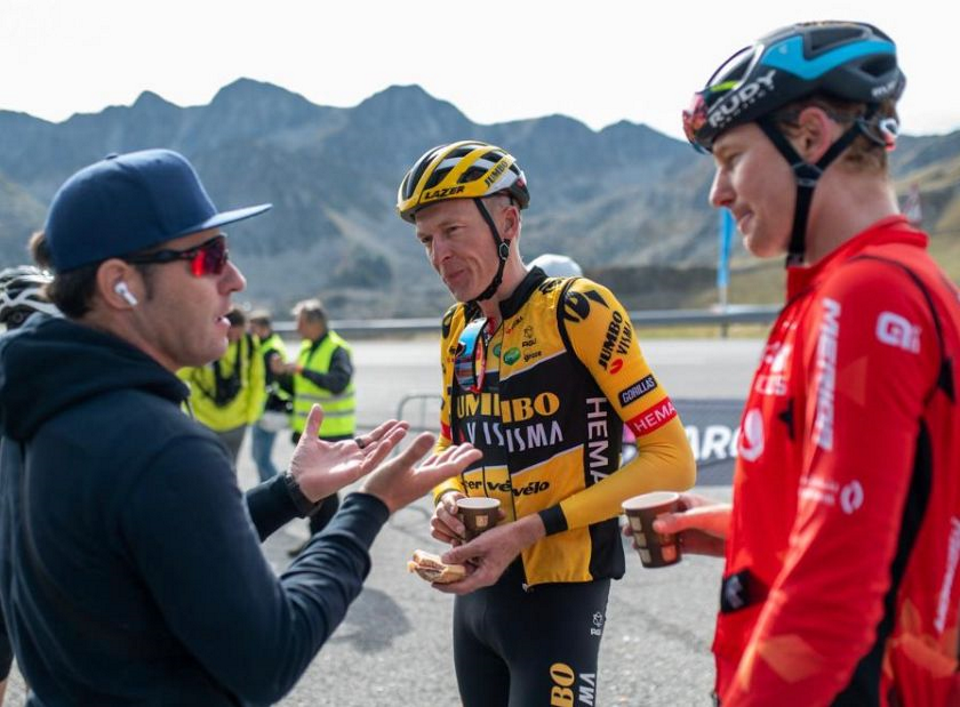 The Gran Fondo Encamp Pas de la Casa is part of a broad strategy for cemeting the region as a Bucket List destination for international cyclists: "Here we breathe cycling", commented Nino Marot, Conseller de Turisme i Reactivació Econòmica del Comú d´Encamp. "Since 2020 we have experienced a boom in cycling and tourism, everything has gone hand in hand, the hotels have prepared themselves for an influx of cyclists and there are now three bicycle rental companies and as many local guides as demand has grown!”

Dani Buyo continued, “our impression with the representatives of the Comú d'Encamp, who in the end are the ones who commissioned us to help with this project, has been great. Encamp and Pas de la Casa is on the way to becoming a popluar destination for cyclists due to its amazing climbs,quite roads, stunning views and amazing hotels... it firmly places the region on the global cycling map. Our objective is continue to grow the event and region internationally in future editions, know that already cyclists from from Spain and the south of France have it firmly fixed it on next year's calendar.

Familiar faces among the participants

Their feedback on our test event has been invaluable, participants really enjoyed riding and chatting with top athletes too. Of course,we keep them out of the competition as  professionals, but their participation and patience in being with us and enjoying the experience has been priceless”.

Second Edition next May 2023

Dani Buyo confirmed May 26 to 28 next year as the dates for the second edition of the Gran Fondo Encamp Pas de la Casa, early spring in the middle of the cycling calendar, which seeks to appeal to the calendars of many cyclig fans aiming to get into peak fitness for summer.

“You´ll enjoy road cycling on the Sunday, but we're also adding MTB, gravel and e-bike rides on the Saturday too, in a similar format, with timed sections through different areas of the Parròquia d´Encamp and the Grandvalira Ski Resort” Dani Buyo explained.

Photo: Smiles all round at the inaugural the Gran Fondo Encamp el Pas de la Casa 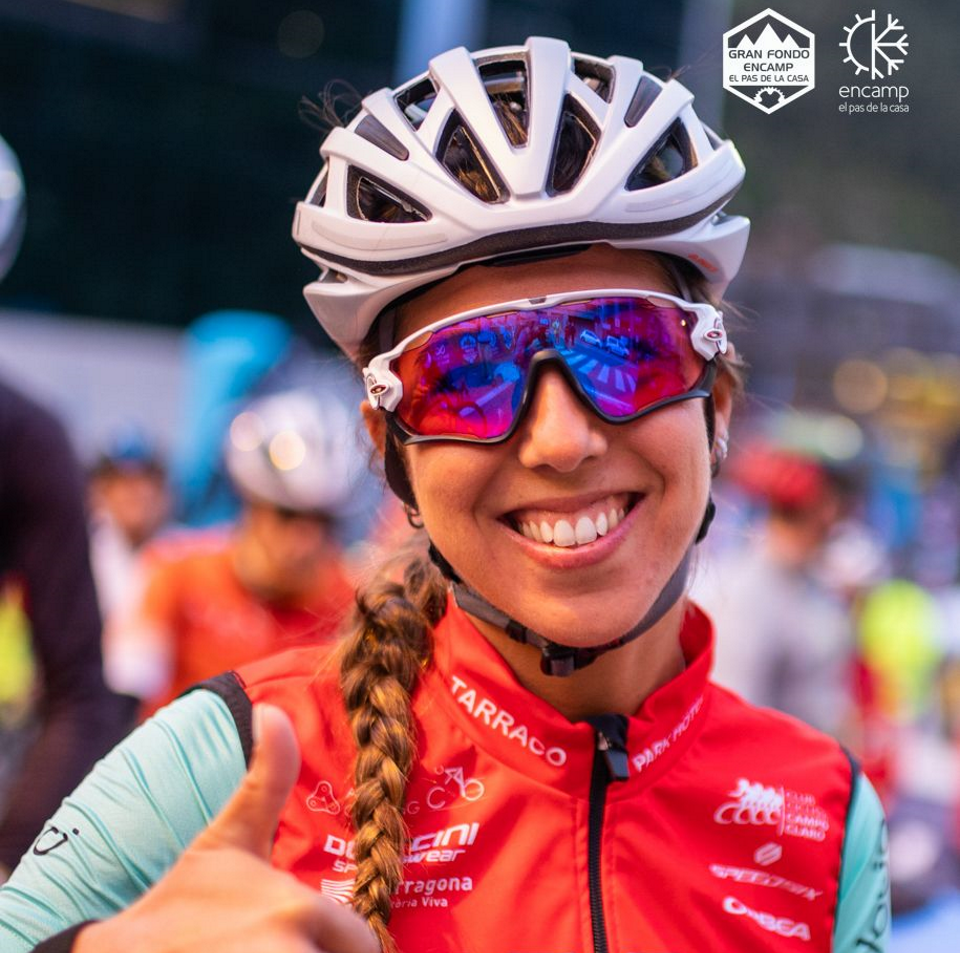