Pogacar, Mas and Landa hit the final climb of Battaglia with a 40-second lead after the race exploded 20km from the finish line 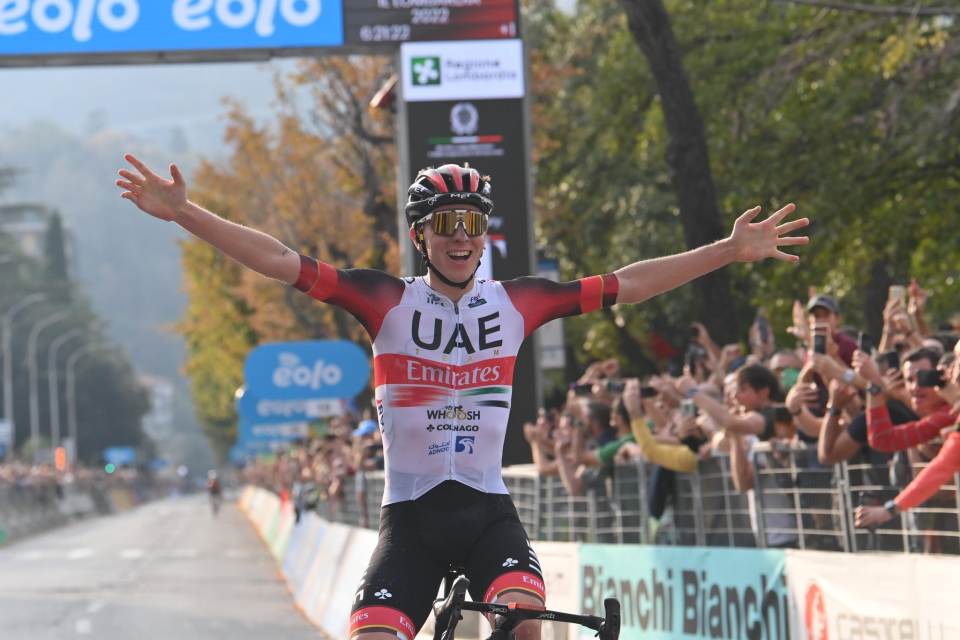 Defending champion Pogacar's UAE Emirates team set a crushing pace in the final 20 km. Enris Mas was first to attack taking Pogacar and Landa with him.

The pace was too much for Mikel Landa who was dropped by the pair with 6km to go.

Enris Mass attacked again towards the summit of the final short climb, with Pogacar counter attaxking to stamp his authority on the race.

The pair locked on each others’ wheels in the finale, ready for an all out head-to-head sprint, with Pogacar just edging out Mas on the finsih line.

Vincenzo Nibali and Alejandro Valverde closed decade-long careers at the Italian monument. The two veterans stayed in contention on the brutal decisive Civiglio climb before being dropped 20km from the finish.