21 top Pro Teams will race on the white roads of Tuscany, this Saturday March 4th. Preview of the course and the favorites. Follow the race live on Gran Fondo Guide.

Despite not being obliged to ride all the newly promoted WorldTour races, a total of 21 teams will line up to tackle the 11 editions of the "White Roads" in Tuscany this march 4th. All of the top world tour teams will be present.

The 176km route contains many short, sharp climbs and there are 11 sectors of the famous gravel white roads, covering approximately 66km in all, about a third of the race.

Retired Fabian Cancellara is a three time winner, earning him the right to have a sector named in his honour this year.

The 2017 edition starts and finishes in the Tuscany town of Siena. Riders leave the medieval town, into the rolling hills of Tuscany. The toughest sections are on unpaved white gravel roads. The first section comes  after just 11 kilometres, only 1 kilometre long, but offers a definate warmup for the hardships ahead.

The day’s first climb coincides with the second sector call the Bagnaia, making its return after an ansence of 1 year. Following two descending sections of dirt road the Strade Bianche tackles its second climb which is on tarmac and leads to the fortified town of Montalcino.

The dusty gravel sector of Lucignano d’Asso totals 11.9 kilometres on winding roads. After just 1 kilometre of tarmac, the next gravel sector brings something extra to the mix with 8 kilometres, it’s a punchy sector taking in both climbing and descending which will suit the puncheurs and classics riders.

Now halfway through, 10 kilometres of flat tarmac brings them to the next gravel section of 9.5 kilometers that's mostly uphill, which will sap the strength of the peloton.

The Strade Bianche salutes Fabian Cancellara in sector 8 which was renamed after him after retiring and winning three previous editions.

It's here at the Monte Sante Marie climb, that could see the decisive move and eventual winner. At 11.5 kilometres, it's a good opportunity to attack, containing tough climbs and descents.

With just 43 kilometres left to race, the route tackles the last three remaining stretches of gravel roads. All short, but potentially another point in the race that could see a decisive move.

Last year Peter Sagan attacked on the Strade di Colle Pinzuto, the penultimate gravel sector which is around 2.4 kilometres long with a maximum grade of 15%. He joined lone breakaway leader Brambilla, whilst Stybar and Cancellara crossed over - the decisive move.

The last gravel sector is a kilometre long which features the 18% gradients of the Le Tolfe climb.If any group reaches this point it could see the final decisive attack, however there are still 12 kilometres to go. If any breakaway riders are trailing, this will favour a chase, but they will have difficulty seeing any leaders on the winding roads of Tuscany

With 5 kilometres there is descent olny to climb again in the last kilometre.

Entering the city walls of Siena, the final 16% climb welcomes the riders.

Several sharp turns will favour a lone leader as they reach the finish at Il Campo in Siena’s famous square.

Odds to win the 2017 Strade Bianche

The 2015 winner and 2016 runner-up stands the favorite to win in 2017. The former cyclo-cross champion is well-equipped to deal with the unpaved stretches of gravel roads and slippery descents. The Classics is where Štybar comes alive, and he’ll be looking to fill the void left by Cancellara.

What’s a Classic without Peter Sagan?

The current World Champion is among the favorites of any race he chooses to enter, and the Strade Bianche is no different. With his new team Bora–Hansgrohe, Sagan recently placed second at the Omloop Het Nieuwsblad after being out-sprinted by Greg Van Avermaet.

Van Avermaet is looking pretty good after his Omloop Het Nieuwsblad win. The race caused quite a bit of controversy after it was found that Van Avermaet and Sagan hopped onto the sidewalk to avoid a cobbled section, which could lead to penalties. But regardless, the Belgian has shown that he is in fine form at the moment.

During the Grand Tours, Valverde assumes the role of super-domestique for teammate Nairo Quintana, but comes alive during the Classics. Valverde placed third in 2014 and 2015, and has won his fair share of Classics over the years. He’s at the tail-end of his career, but the veteran still has a few seasons left in him.

What’s a list of favorites without a Team Sky rider?

Kwiatkowski is Sky’s man for the Classics and he’ll have a darn good team behind him this season. He didn’t have a great season last year, but he’s off to a decent start in 2017 after placing second at the Volta ao Algarve. The 2014 winner will be looking for his second victory.

We will have live video and live updates. We will also have post coverage video highlights and race recap for all our Pro Cycling Fans.

The best live and post race coverage will all the best highlights, video clips and insights. Don't miss it.

Tune In! Zone Out! 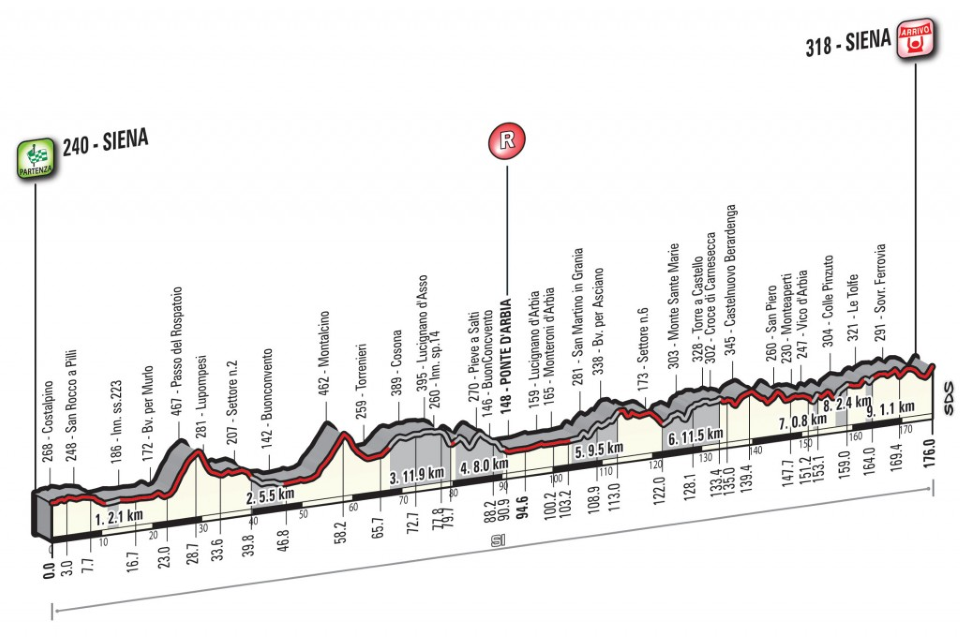