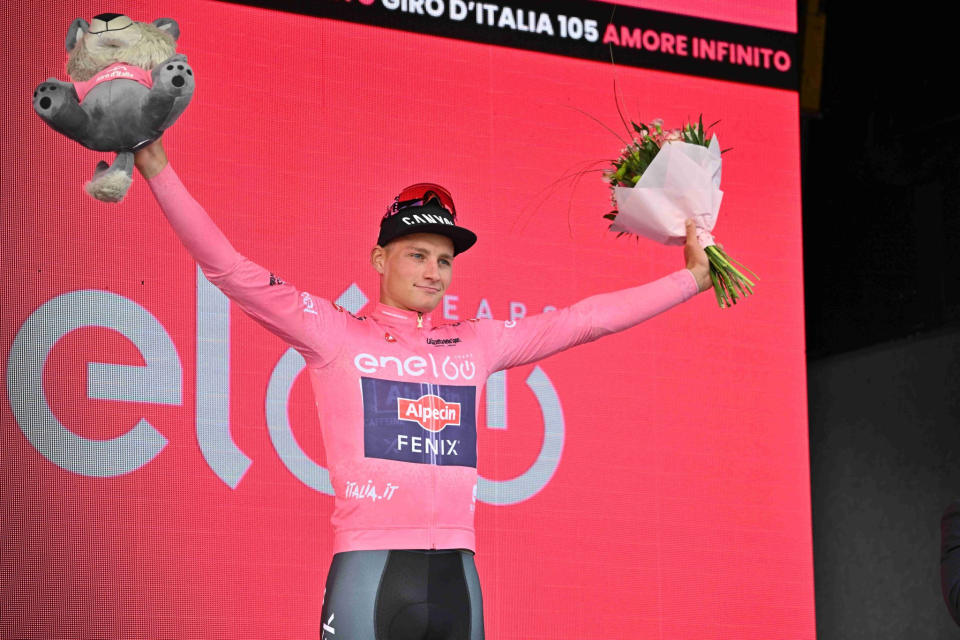 The 195-kilometer long stage saw two riders from Drone Hopper - Androni Giocatolli breakawak. Davide Bais and Filippo Tagliani built up a maximum lead of 11 minutes before the peloton upped the pace and eventually caught the pair with 13 kilometers to go.

With 5km to after a sweeping right hand bend on to final climb, the whole Team Alpecin-Fenix pace Van der Poel to the steeper part of the climb.

Lawrence Naesen (AG2R-Citroën) was the first to attack with around 3km to go and got an 8s gap.

Lennard Kämna (Bora) also attacked and opened a small gap, but behind Lawrence Naesen was reeled back in as the pace in the peloton increased.

Lennard Kämna was got just inside 1km to go.

Behind Formolo and Ulissi reeled him in and chaos reigned.

By the final bend Van der Poel had made his way to the front with Biniam Girmay and Caleb Ewan behind.

Van der Poel launched his sprint with around 40m to go with Girmay following. Ewan started his sprint, but rubbed Girmay's back wheel and crashed.

Van der Poel held off Girmay all the way to the line in a chaotic and tense opening sprint on a narrow twisting final climb.

Van der Poel knew the  sprint was going to be tough,  "I knew positioning would be the key to win today. It was a bit difficult sometimes I got boxed in a few times on the final climb and it cost a lot of energy to catch the guys in front of me. In the final, I just launched my sprint and it was pretty close because the legs were full of lactate. But I'm really happy."

Van der Poel added a Maglia Rosa to his yellow jersey from the Tour de France, "Just on the finish line. It was going to be difficult to drop the sprinters but of course it was for them, as well, the climb. I knew I had a good chance but it really hurt."

"It's incredible, to wear the yellow jersey and now the pink! Now we will see what the time trial brings tomorrow. I'm gonna try again, for sure, it will be difficult but I'm going to try." 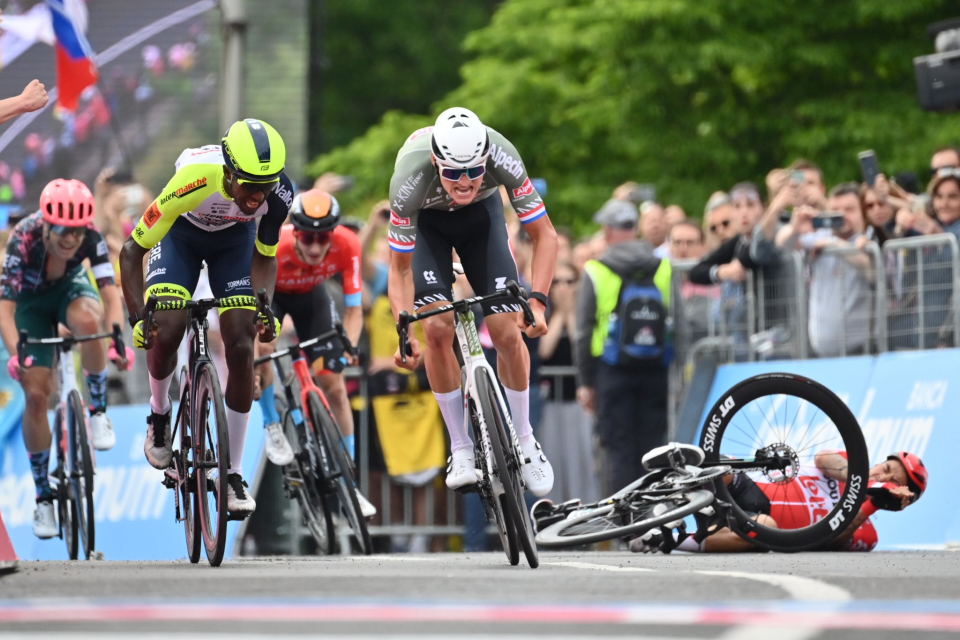 Stage 2 is 9.2 km  ITT with just 150m of climbing around Budapest on a city circuit that stitches together the Hungarian capital from Pest to the historical centre of Buda.