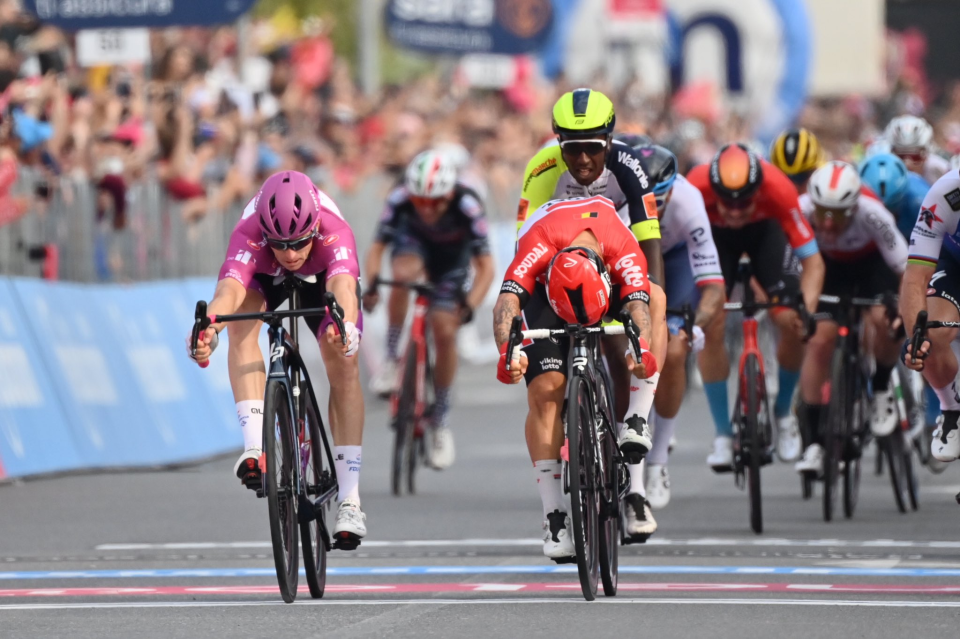 In a contest between three of cycling´s very best sprinters, Démare was behind both Ewan and Mark Cavendish as they approached the finish. But Démare used the slip stream behind Ewan to perfection to pull alongside his rival just before the line and then threw himself forward to edge his rival by the smallest of margins. Cavendish was about half a bike length behind in third.

None of them celebrated immediately after crossing the line, unsure who had got the victory. Cavendish was talking to Démare when the results were confirmed and hugged the Groupama-FDJ rider.

"It was very tight. I had the feeling that I had won but it was hot so I waited for the photo finish," Démare said. "A win is sometimes decided by very little. ... I only had 100 meters to overhaul Cavendish. I threw my bike on the line and it made the difference."

It was a seventh Giro stage win for Démare, more than any other Frenchman.

"Many people underestimate me but it´s my 86th (career) victory today, my seventh at the Giro d´Italia. It counts. It´s wonderful," he added.

Most of the overall contenders crossed the line safely in the peloton at the end of the flat 192-kilometer (119-mile) route from Palmi to Scalea as the race moved to the Italian mainland following three stages in Hungary and two in Sicily.

"I don´t know why it was so slow today but for sure I enjoyed the day," López said. "For sure tomorrow is a more hard stage but we´re ready with the team to defend the maglia rosa (pink jersey)."

There was little action for most of the stage, with the peloton cruising at a slower pace than even the lowest estimates of the race organizers.

Gaviria relegated after collision with DSM train at Giro d'Italia

The race jury relegated Fernando Gaviria (UAE Team Emirates) on stage 6 of the Giro d'Italia after the Colombian clashed with the DSM duo of Alberto Dainese and Cees Bol in the home straight. After being hampered by mechanical issues the previous afternoon, and publicly blaming his bike, there was more frustration for the Gaviria, who waved his arm in remonstration as he freewheeled to the line. 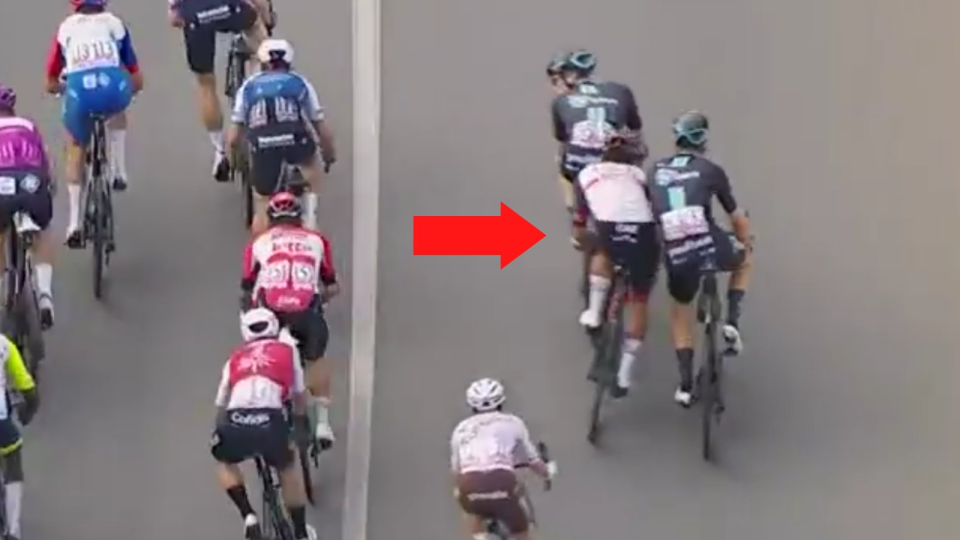 Diego Rosa was the lone breakaway rider for almost four hours although he knew he had almost no chance to get the win. Rosa rides for Eolo-Kometa, which is the second-division Italian team run by Alberto Contador and Ivan Basso.

BORA-hangrohe's Lennard Kämna collected two points in the only mountain classification of the day and is still in the lead in the fight for the blue jersey. He also picked up a bonus second at the second intermediate sprint.

The slow pace in the peloton and the lack of eagerness for a breakaway could be partly explained by what awaits the riders on Friday´s seventh stage, a day of almost continuous climbing and descending.

There are hardly any flat sections on the 196-kilometer (122-mile) route from Diamante to Potenza and four categorised climbs on Stage 7 tomorrow.