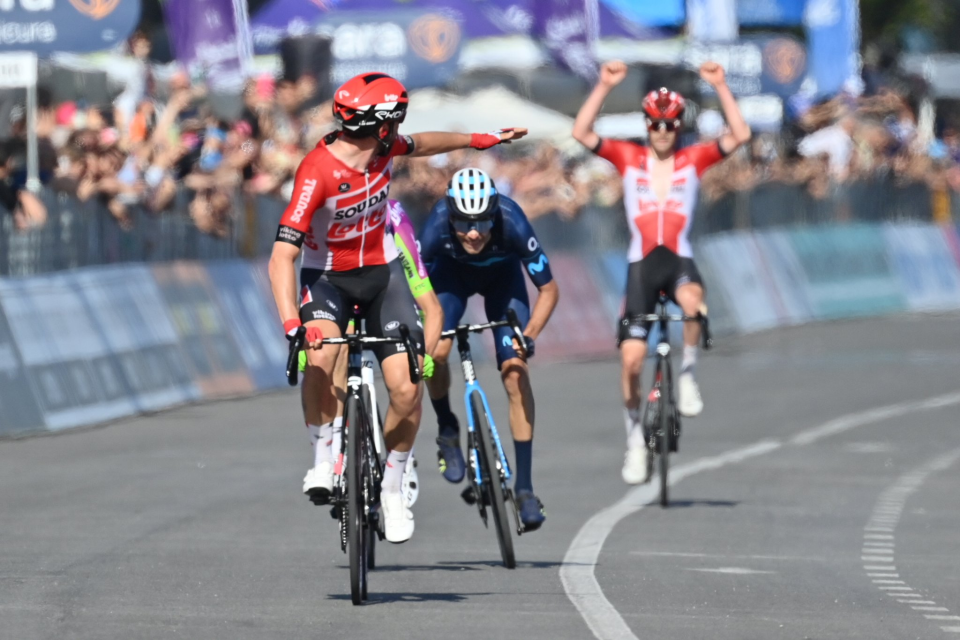 Today's eighth stage in Naples was far from easy. The peloton decided to let a big breakaway go early.

After a demanding day yesterday, a short but still tricky stage was on the menu today. With many small climbs the terrain went up and down all day on the 153km around Naples.

Ahead of tomorrow's challenging stage, with its mountain finish atop the Blockhaus, it was all about saving energy for many teams as well as bringing their GC riders to the finish without losing any time. Soon after the start, a large breakaway group broke free, working well together during the day and were able to keep the field at a distance until the end.

Davide Gabburo of Italy was second, and Spain's Jorge Arcas came home third, with Harm Vanhoucke finishing fourth after pulling for his team-mate and compatriot De Gendt in the finale.

France's Guillaume Martin, who had lost considerable time in the climb up Mount Etna earlier this week, made up for it by featuring in a large breakaway group in which Mathieu van der Poel was the most aggressive rider.

Dutch rider Van der Poel, however, failed to distance his rivals in the leading group and eventually paid for his efforts to finish seventh, 15 seconds behind De Gendt.

Sunday's ninth stage is a gruelling mountain finish after 191km atop the fiercesome climb to Blockhaus.