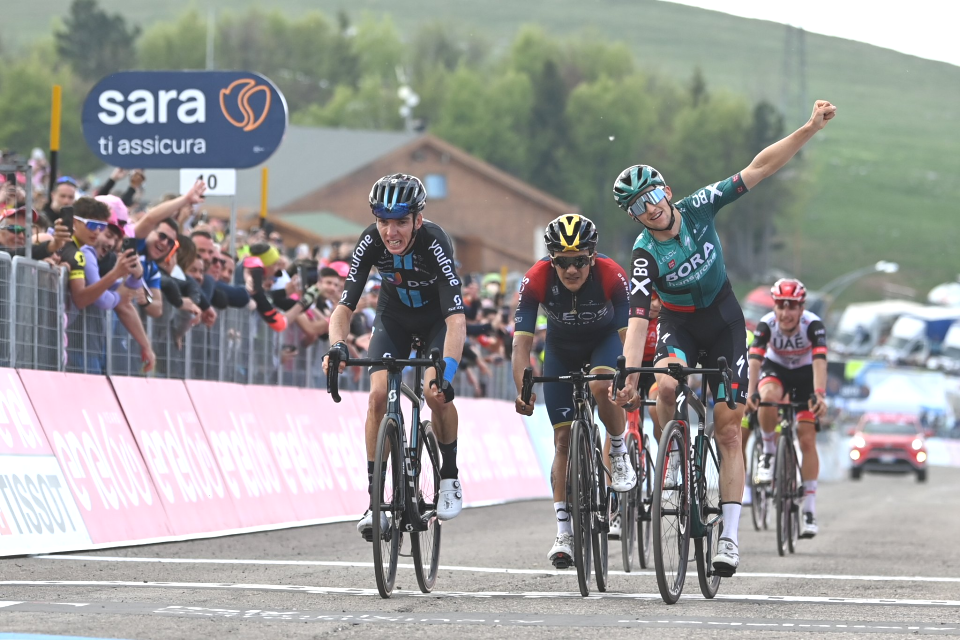 Stage 9 was a gruelling 187-km ride from Isernia to Blockhaus on Sunday featuring a whopping 5,000m of climbing.

Having negotiated a series of challenging climbs, Eritrean Natnael Tesfatsion and home favourite Diego Rosa pulled clear of the peloton with 50 kilometres to go, but a spectacular crash by Tesfatsion descending Passo Lanciano ended his race.

The peloton quickly closed the gap and a large group assembled, led by Ineos Grenadiers, with 15 kilometres to go, as they delivered Richard Carapaz to the front of the race.

In the finale only Carapaz, Romain Bardet Mikel Landa were left standing, as they slowed with 600m to go Hindley and Pozzovivo caught them, in the final sprint held off his rivals to punch the air having taken his second Giro stage win ahead of Bardet in second and Carapaz third.

A gutsy ride from Spaniard Juan Pedro López, the first rider from his country to hold the pink jersey since Alberto Contador in 2015, enabled him to stay ahead on the general classification are being distanced down the mountain.

Britain’s Simon Yates endured a humiliating day, crossing the line 11 minutes and 15 seconds back on the stage winner, having been hampered by the knee injury he suffered in a fourth-stage crash. The BikeExchange–Jayco rider was dropped on the final climb of Blockhaus.

Frenchman Bardet moved up to third in the overall standings, 14 seconds behind López, with Carapaz fourth at 15 seconds. Hindley is fifth, 20 seconds off the pace.

The Giro takes a deserved break on Monday, before returning on Tuesday with stage 10 - a 194-kilometre ride from Pescara to Jesi.