Biniam Girmay had shown several times he has the legs to win a stage sprint and today he delivered in Jesi, in another brilliant win for Intermarché - Wanty - Gobert Matériaux 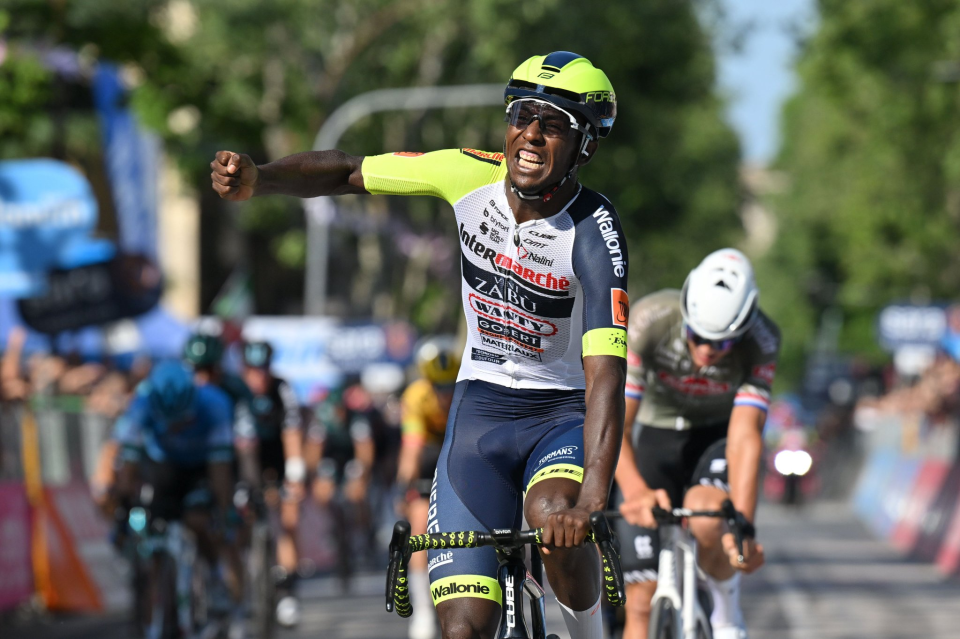 Throughout the second half of the stage there were some small attacks, but none proved dangerous until the peloton got to the final hilltop in Monsano.

Alpecin-Fenix and INEOS Grenadiers pushed up the pace shedding riders from the peloton with an explosive effort. Alessandro Covi attacked near the summit, but Intermarché had several riders in the small group that went over the top and controlled the inevitable attacks.

Van der Poel himself took several turns, and attacked himself in the run-up to the finale which proved chaotic in order to prevent a group from sneaking away. In the end the peloton calmed down, and a reduced peloton went towards the finish for a slight uphill finale.

Domenico Pozzovivo ledout Biniam Girmay who launched his sprint early, Mathieu van der Poel followed the Eritrean and tried to go around him in the final meters but the effort proved too much and Girmay took a dominant debut win in a Grand Tour.

Behind, Vincenzo Albanese sprinted to third, whilst the general classification contenders arrived together so no real change there.

Stage 11 is a pan-flat stage, with the longest route of the Giro from Santarcangelo di Romagna to Reggio Emilia at 201 km, another bunch sprint is likely.