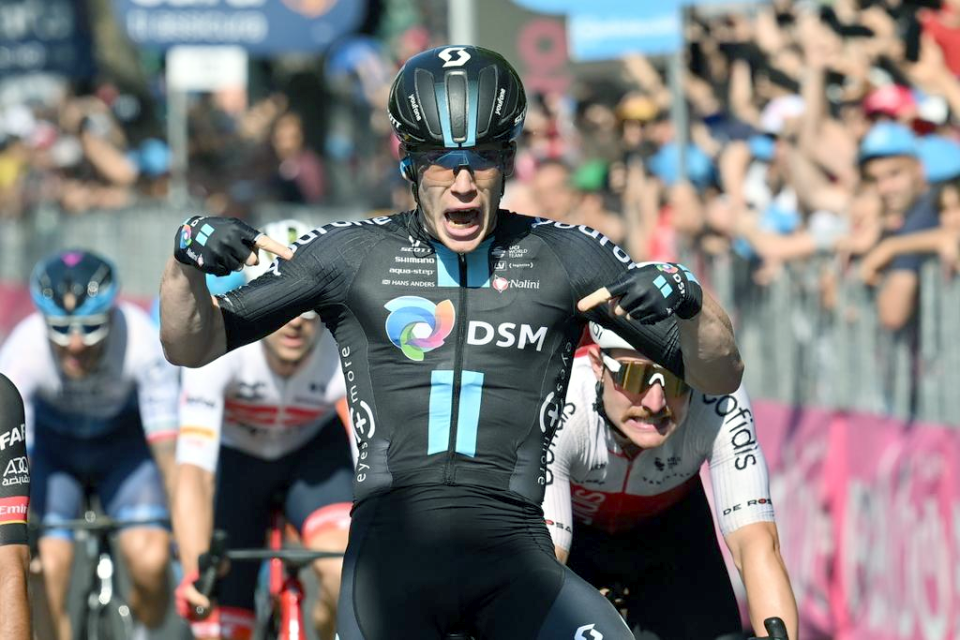 It was a lomng 203-kilometre (126.14 miles) stage from Santarcangelo di Romagna to Reggio Emilia.

The 24-year-old surged past the favoured trio of French sprint leader Arnaud Demare, Briton Mark Cavendish and Australian Caleb Ewan, before sprinting off his compatriot Simone Consonni for victory.

Dainese was led out by team mate Romain Bardet, who started the race third in the general classification, but later dropped to fourth.

"To win so close to home at the Giro d'Italia is unbelievable," Dainese said.

"This morning our plan was to sprint with Cees Bol. It didn't work that way. It's insane that Bardet, who is third on GC, led me out. It's a fantastic feeling to win a stage of the Giro d'Italia."

Italian riders Luca Rastelli and Filippo Tagliani were the early pace-setters, leading the flat stage 11 for the first half of the race, before being caught up by the main group with 91 km to go.

Dutchman Dries De Bondt of Alpecin-Fenix powered ahead with 50 km left, remaining in the lead until he was chased down just over one km from the finish.

Stage 12 on Thursday May 19 from Parma to Genova is a 204 km hilly medium mountain stage where breakaways are likely to happen.