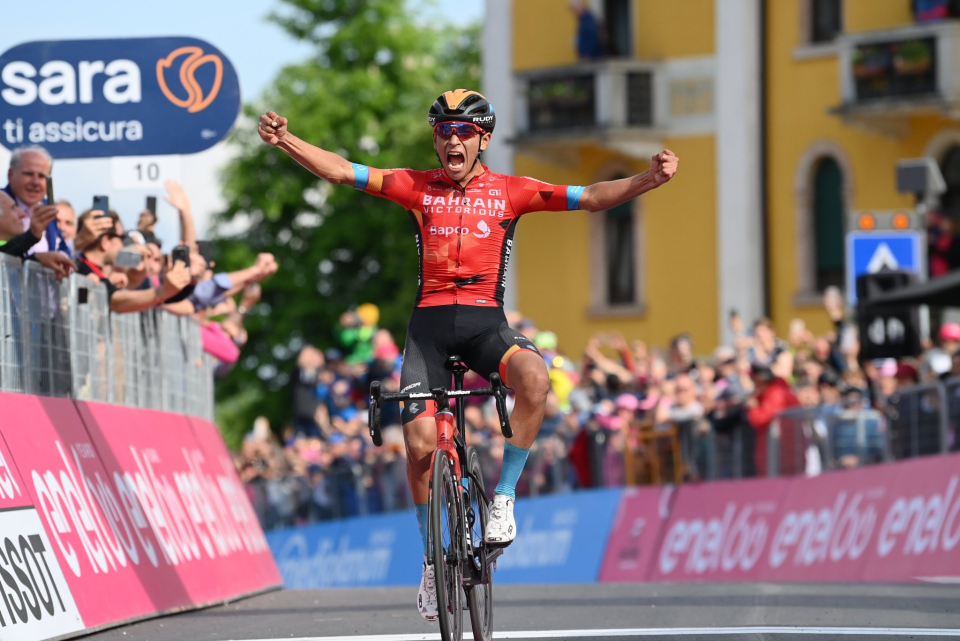 Race favorite Richard Carapaz maintained his slim overall lead of the Giro d’Italia after a tough Stage 17 which was won by Santiago Buitrago for his first grand tour victory.

Carapaz remained three seconds ahead of 2020 runner-up Jai Hindley – with just four days of racing remaining – after both crossed the line together at the end of the 168-kilometer (104-mile) route from Ponte di Legno to Lavarone, which packed in almost 4,000 meters (13,000 feet) of climbing.

Mikel Landa finished six seconds behind the duo but moved into third overall, 1 minute and five seconds behind Carapaz. He surpassed Joao Almeida who was dropped on the second of the two top-category climbs that came in the final 40 kilometers of the race.

Speaking seconds after the stage finish, Buitrago said: “To win a stage of the Giro is exceptional for me, especially after the big disappointment of my second place on Sunday. The key to win today was patience in the climb. I think I played it well. This win is for my family in Colombia and all the people who have supported me until now.”

Richard Carapaz (Ineos Grenadiers) retains the Maglia Rosa. Carapaz said: “The truth is it has been a very tough day. But in the end, that’s another good one for the overall standings. Tomorrow will be another important day. Until Verona I have to stay focused all the way.”

“Yates’ fall on Mount Etna and subsequent knee problem (likely edema of the bony spongiosa of the patella) weighed down on the rider for all following stages of the Giro d’Italia,” said Team BikeExchange-Jayco Doctor Matteo Beltemacchi. “Despite daily therapy and Simon’s tenacity, that resulted in a second stage win, the knee pain grew worse and worse, eventually leading to the decision for his retirement from the race.”