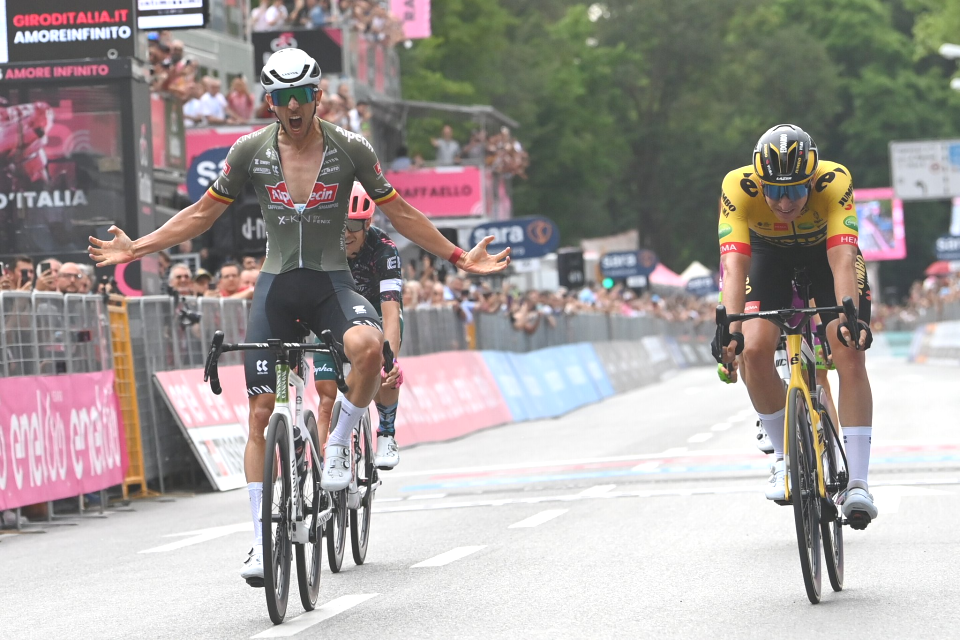 The final flat stage on this 21-day slog around Italy was supposed to be the last chance for sprinters such as Arnaud Demare and Mark Cavendish, but in a rare event the mass bunch sprint was denied by the escape group.

"It's a we question, not an I question. It was a collaboration (working together) until the last kilometre," De Bondt said.

"Everyone said Cavendish or Démare or Dainese was going to win – it was written in the stars.

"But there was no moment of doubt, nobody skipped one turn," he said of the escape.

The powerfully-built 30-year-old De Bondt outsprinted Jumbo's Edoardo Affini for a photo finish as Magnus Cort of EF was third and Davide Bardiani of CSF fourth after they had worked together over two laps of a tight downtown circuit at Treviso.

The sprint pack started that 20km slog with a deficit of only 2 minutes, and would have caught the quartet on a less technically demanding circuit.

Frenchman Demare of FDJ still leads in the sprint points rankings with a tally of 254 while the 37-year-old Cavendish is second on 132.

Joao Almeida's hopes of finishing on the podium ended overnight as he withdrew due to testing positive for Covid-19 when he was just 49 sec off third-placed Mikel Landa.