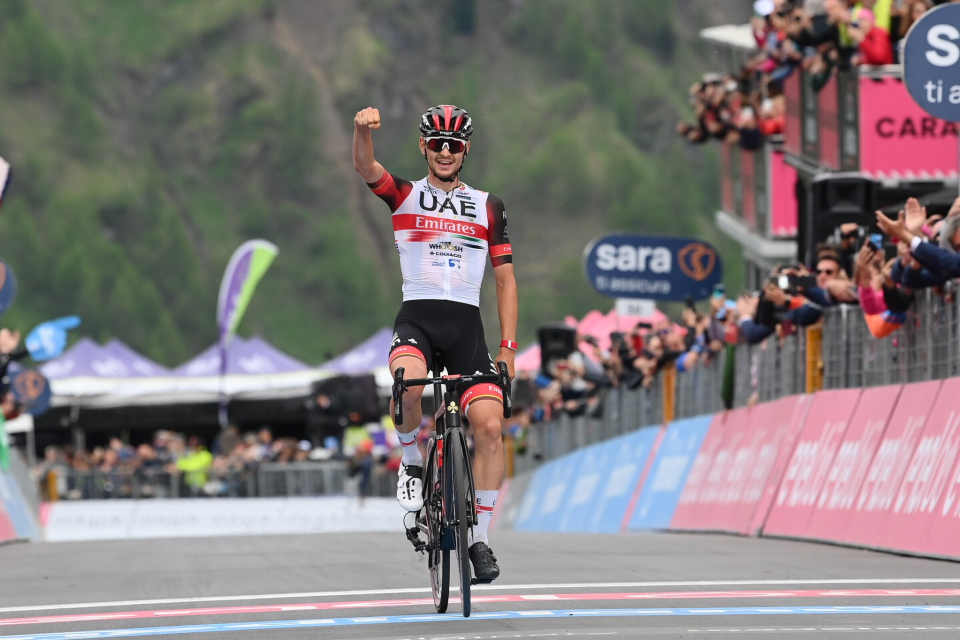 Giulio Ciccone (Trek-Segafredo) crossed the line third plcae, Behind, the GC was cracked wide open on the super steep slopes of the Marmolada summit finish.

Ineos Grenadiers seized control and started to turn the screw on the GC challengers. Hindley and Landa were able to follow as Pavel Sivakov (Ineos Grenadiers) drained his final energy reserves for his team-mate Carapaz.

When Sivakov peeled off, Hindley attacked. The Australian joined forces with Kämna, who had dropped back from the breakaway, and the duo set an infernal tempo, riding Carapaz off their wheel.

Having started the day just three seconds in arrears, Hindley kicked into the climb and forced a 25-second gap to the race leader.

Jai Hindley (Bora-Hansgrohe) continued to surge clear from Carapaz in the final three kilometers of the extreme slope to seize control of the race ahead of the Verona TT.

Hindley said after ripping the Maglia Rosa off Carapaz's back, “I knew this was going to be the crucial stage of the race, it was a brutal finish. If you had the legs you could make the difference. We stayed patient and we saved our matches until today. It was perfect. We had Lenny in the breakaway and he couldn’t have timed it better to drop back and give me a boost up the road. When I heard that Carapaz was dropping the wheel, I went all out. It was an epic stage.”

Hindley will take an advantage of 1 minute and 25 seconds into Sunday’s final stage, a 17.4km race against the clock round the streets of Verona.