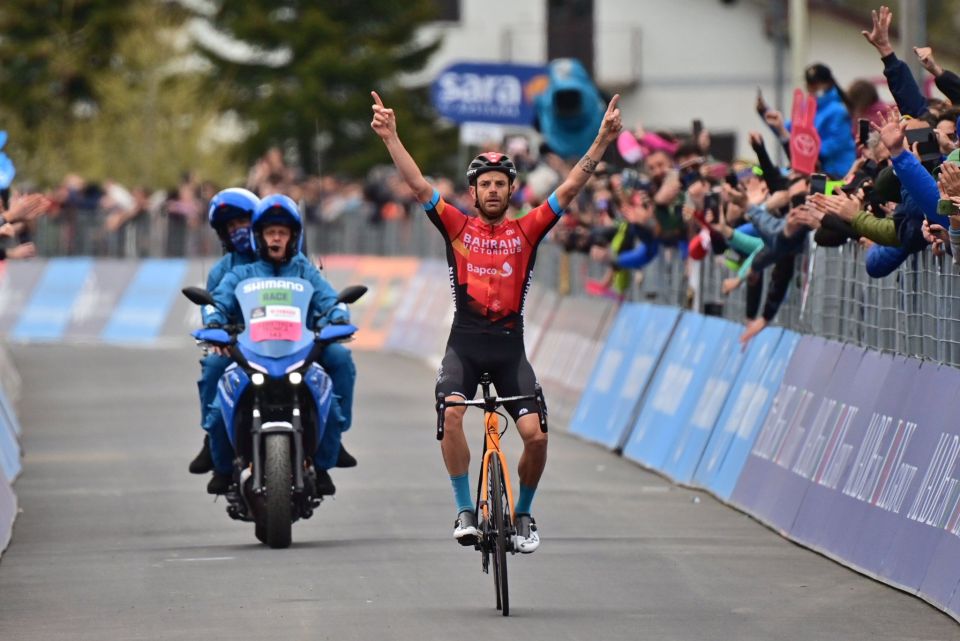 Caruso tightened his grip on second place in the overall standings and Ineos leader Bernal has a big enough lead to go into Sunday’s last day 18.6 individual time-trial to Milan’s Duomo cathedral confident of adding the 2021 Giro to his 2019 Tour de France triumph.

“I’m satisfied with the result. I think we managed the situation well. We have two minutes in advantage for tomorrow’s time trial. So are in a good position,” said Colombian Bernal, winner of two stages in this Giro.

Bernal added, “I was scared of losing. I’m full of different emotions. I had the legs and the teams but there was Caruso up front who was a GC rival. When he got 30 or 40 second, even if I felt good, I was worried I could suffer. It was easy to lose 1:30 and then have to fight in the final TT.”

After seeing his overall lead trimmed on consecutive stages Bernal was a study in cool Saturday as stage 20 embarked from picturesque Verbania on the shores of Lake Maggiore heading towards Switzerland and 25 miles of climbing on three snow-capped mountains.

As the stage ascended its final climb towards the Alpe Motta, Frenchman Romain Bardet and Italian rider Caruso took a lead of less than a minute with 3 miles to go.

Caruso crossed the summit to a rapturous reception as he won his first major tour stage, 24sec ahead of Bernal as Englishman Yates finished sixth on the day at 51 sec.

Caruso has taken Italy's sixth win at this year's Giro. He is also set to be the best placed Italian rider in second place, saving Italian pride after Nibali's problems.

"I'm not the champion, but I had my day," said Bahrain-Victorious rider Caruso, who had adopted ultra-conservative stealth tactics until his attack on Saturday, "I thought about a thousand things in the last meters before the finish line, all my sacrifices, my training, and all the work done by my teammates," he said.

"We rode in an exemplary way today, Pello Bilbao in particular did an incredible job and he played a fundamental role in this victory. Today I realized a dream, I think I am the happiest man in the world!"

Bernal heads to Milan with an overall lead of 1min 59sec on Caruso with Yates third at 3min 23sec, after the top three finished stage 1's individual time-trial within six seconds of each other.

Ineos Grenadiers are going for a third Giro after Tao Geoghegan Hart won it in 2020 and Chris Froome in 2018.