Chris Froome's solo of over eighty kilometres over the Colle delle Finestre (Giro d'Italia ’18) has been chosen by the users of the myCols app as the most heroic mountain stage of the past decade. Via the app, social media and a special survey they were able to choose between ten illustrious mountain stages. The 19th Giro-stage of 2018 where Froome unexpectedly took the 'maglia rosa' was by far the most popular choice within our loyal followers.

After the Finestre ride 2018 Tom Dumoulin's sanitary stop just before the Umbrail Pass in the Giro d'Italia 2017 and the 'Run, Froomey Run!' finish on the Mont Ventoux in the Tour de France 2016 received the most votes. 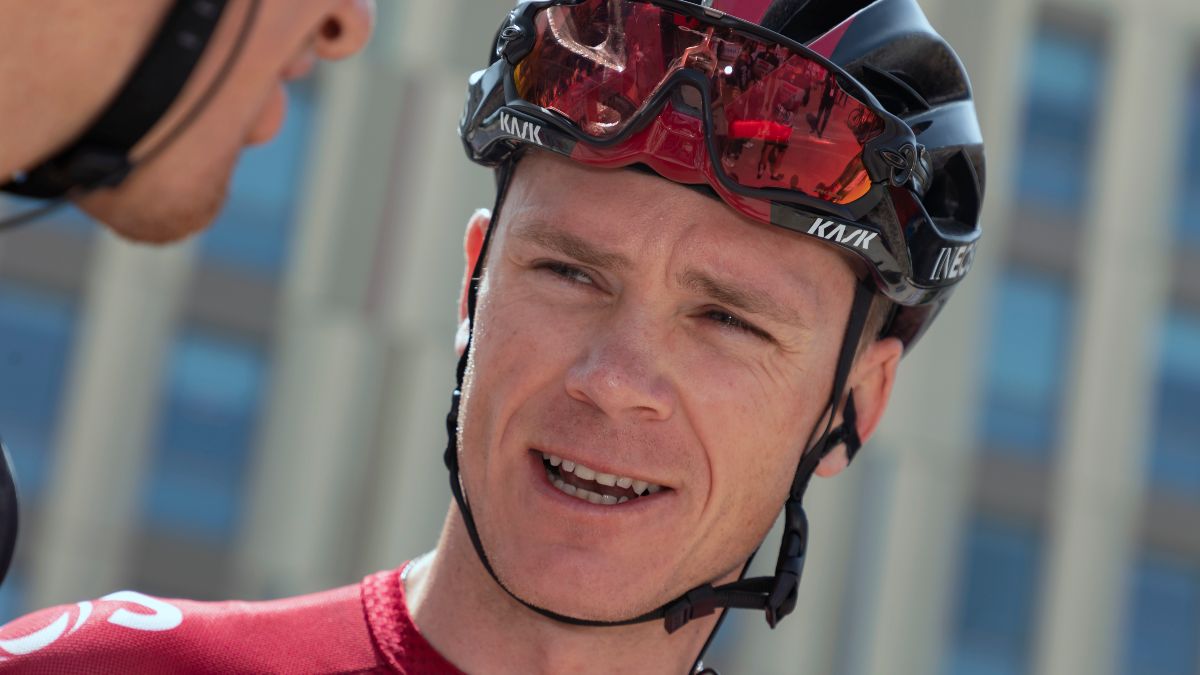 Froome also looks back on this stage with great pleasure. ,,This victory is completely unique for me. I’ve never attacked that far from the finishline. It’s just something you don’t see very often any more in professional cycling. It’s been a couple of decades since we saw someone win a Grand Tour in that kind of fashion.”

Due to his crash in Jerusalem at the start of that Giro, Froome was 3.22 minutes behind leader Simon Yates before the start of the 19th stage. Froome: ,,I knew it would take something absolutely crazy to turn the race upside down. And it would be a kind of move, almost a suicide move, it would be all or nothing. The idea of going solo 80 kilometers out was a decision I made in the morning before the race. I sent a message to my coach, Tim Kerrison, and just said to him: ‘It’s a bit of a crazy move, but what do you think if I went on the Colle Finestre at 80 kilometers out?’ It’s only three climbs, two descents. It’s going to be a time trial and behind, they are going to have to sort out a really good chase if they wanted to catch me.”

“It was going to be one of the biggest days on the bike in my life in terms of energy expenditure, so I had to think about how much fuelling I needed to get in before the race and then again once I got into the race. How often do I fuel and on what? Basically going at a time trial as hard as I could. Certainly there where doubts, it’s something that could go completely wrong. And you know what? If it doesn’t work out, then you lose everything. But on the other side I was also thinking about it as: I’m feeling good. I’m feeling better in myself now. I’m going to get out there and go into the trial mode.”

“We hit the foot of the Finestre and I asked the guys to ramp it up through all the hairpins earlier on and make the race harder. Simon Yates was dropped. Tom Dumoulin has started losing teammates and I think only at that point did I really believe ‘I was going to do this right now.’ This is the moment. It’s now or never!”

“It’s just an amazing feeling to see that Dumoulin and the other GC-guys weren’t on me and that was where the time trial started. Once I accelerated and noticed that no one came with me, I just thought ‘Stuff it, I’m going to go for it now all or nothing and get stuck into this’.”

“I wouldn’t say I was taking risks on the descents, but I pushed on and went as fast as I could. It was just an amazing feeling to get to the bottom of the descents and into the next valley and hear that the gap had opened up another 30-40 seconds. Which is almost for free if you like, because there’s not really much pedalling to do on a descent. It’s more about the technique and the lines you take.”

“As the race went on and that gap went up from 1 minute, to 2 minutes and even 3 minutes. And it was just like: ‘Wow, I’m now in reach of the pink Jersey and the overall lead of the race.’ Being out in front just changed and gave me even more to fight for. And that was… such an incredible feeling.”

Chris Froome won the 19th stage and took the overall classification of the 101st Giro D’Italia.

VIDEO: Blowing up the Giro