Verona has been confirmed to host the final stage of the 2022 Giro d’Italia, with the full route now announced after it was teased throughout the week 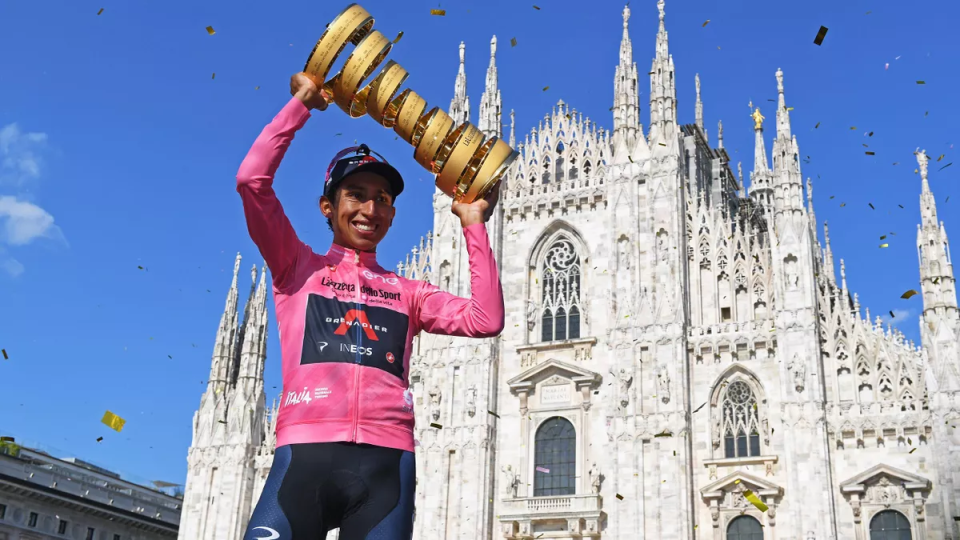 The 17.1km time trial, featuring an uphill section in the middle, will close the race on May 29. It had already been announced that the Hungarian capital Budapest would kick off the event on May 6.

The 2022 Giro will feature just 26.3km of time trialling, the lowest overall distance in the format since 1962.

In total, there will be seven stages set up for sprinters, six hill stages, six mountain stages and two individual time trials. Two of those sprint sections will be in Hungary, with the action hitting the Italian roads from stage four.

Some of the highlights of the route include a summit finish on Mount Etna, and a 200km stage over the Mortirolo which takes in 5,400m of climbs.

The Giro d'Italia 2021 started in pink for me in Turin and finished in pink for the team with Egan Bernal, it would be nice to repeat it again next year” said the world time trial champion, Filippo Ganna.

“After the sprint of the first stage, those who conquer the time trial in Budapest will probably wear the Maglia Rosa for a few days. Then the final time trial with the arrival at the Verona Arena will be spectacular as well as of course decisive for crowning the winner of the Corsa Rosa 2022. It will be a very interesting Giro.”

"The two time trials will have an important role to play: the first one because it should assign a new maglia rosa that could be worn for several days while the second one could be the decider of this Giro and will definitely change the general classification," said race director Mauro Vegni.
“This Giro has been developed in order to give the riders the opportunity to fight for the maglia rosa and GC from the very first few stages. It will be one of the toughest routes in recent years with almost 51,000 metres of elevation gain.”