For sound, please un-mute on the video controls. Please click here to refresh the video if play stops.

11:35 US Eastern, 14:35 Europe -  The peloton hit the climb and Pedersen is positioned right at the front for Trek-Segafedo.

11:35 US Eastern, 14:35 Europe -  Onto the Valkenburg for the leaders and they're really starting to struggle at this point.

11:16 US Eastern, 14:16 Europe -  75km to go and we have had our obligatory Sep Vanmarcke crash. The pace at the front of the peloton is seriously high and the breakaway is coming close to within 3 minutes. The season starts now!!

11:15 US Eastern, 14:15 Europe -  Right at the back and Van Avermaet is making contact with the peloton after his spill.

11:13 US Eastern, 14:13 Europe -  Asgreen and Doull have come down in a fall alongside more riders. Frison is down, same with Vanmarcke and Van Avermaet. The latter two are back on their bikes.

?? @boucles_classic #AstanaPremierTech ?? in full swing!
Less than 100km to go and the breakaway has 4’30’’ on the peloton. #BDA21 pic.twitter.com/B30amhhCYP

10:45 US Eastern, 13:45 Europe -  Tim Declercq is still on the front and crushing the dreams of the riders in the break. He's been on the front for about 40km and shows no sign of weakening. Meanwhile his team leader Alaphilippe is sheltering in the peloton and getting ready for the final set of climbs, where he will no doubt try and break up the race.

10:36 US Eastern, 13:36 Europe -  Meanwhile, Pogacar is crowned the overall winner of the 2021 UAE Tour, while Caleb Ewan wins the final stage ahead of Sam Bennett.

10:25 US Eastern, 13:25 Europe -  We're onto Den Ast, the second climb of the day as Deceuninck-QuickStep continue to set the pace at the head of the peloton.

10:25 US Eastern, 13:25 Europe -  The bunch have shaved a full minute off the break's lead with the gap down to 7'10 as Alaphilippe's team turn the screw and put the pressure on the five riders up the road.

09:55 US Eastern, 12:55 Europe -  A few riders from Jumbo-Visma have moved towards the front as well as the action begins to heat up. We've still around 135km to go. Meanwhile, we're into the final 25km in the UAE.

09:22 US Eastern, 12:22 Europe -  Deceuninck-Quick Step are content to just let the break sit there at eight minutes for the time being. There's little reaction from the rest of the field at this point.

09:09 US Eastern, 12:09 Europe -  Opening weekend is here and we couldn’t be more excited to kick back on the couch, beer and frites (let’s be serious – hot chips) in hand ready to watch the action on our favourite cobbled roads of Flanders.

Omloop Het Nieuwsblad marks the opening of the Belgian cycling calendar and features a lot of climbs from the Tour of Flanders. The Wall of Geraardsbergen/Bosberg combo marked the finale of the last three editions.

Favourites for the win: 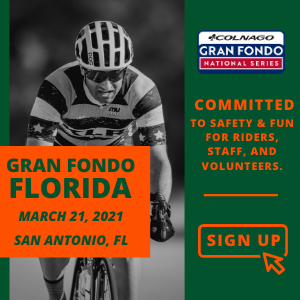 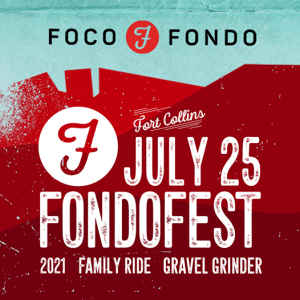 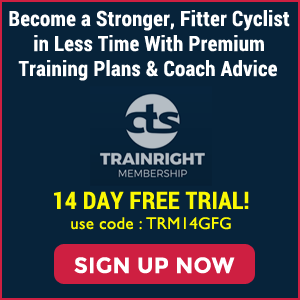 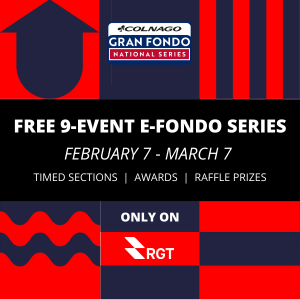 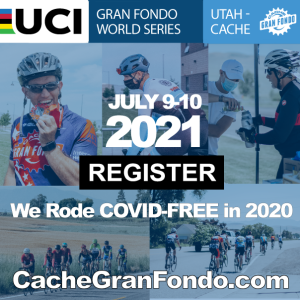 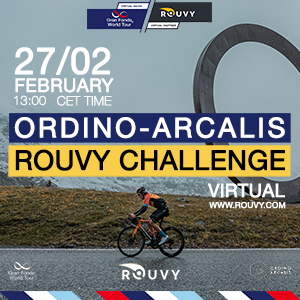 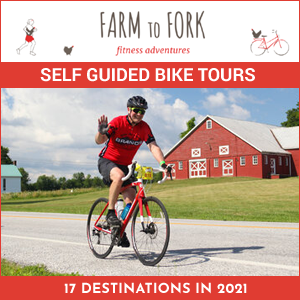 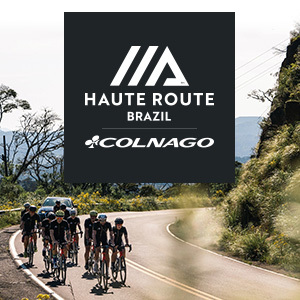 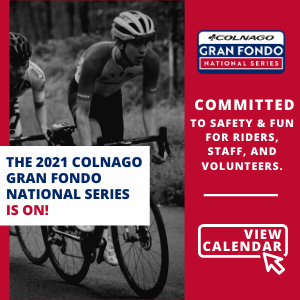 Gran Fondo Guide has opted to provide a service that encourages cyclists to regulary use the website and any services it provides. It aims provide lots of useful features to build a strong community for the primary benefit of cyclists and event organisers and secondly for the benefit of charities, sponsors, cycling advocacy groups and the cycling industry.

Gran Fondo Guide started in Jan 2013 and has worked tremendously hard to establish itself and become a TRUSTED and RELIABLE source of information. We aim to build on that TRUST as we develop our services. The basic website, mobile site and tablet apps are FREE for all visitors and basic event listings are FREE for all event organisers. We aim to have an accurate, comprehensive and IMPARTIAL listing of all cycling events and the latest news and results.

We have a newsletter (each week or fortnight) which contains the latest news. If you do not wish to receive our newsletter, you can OPT OUT at any time, using the unsubscribe link at the bottom of our newsletter.

WE WILL NEVER DISCLOSE, SELL OR RENT YOUR DETAILS TO A THIRD PARTY.

Your personal details are secure and made available only to you, unless you share certain information with friends or family - that you authorise.

Should you wish to have your membership details removed from our system, please use the Contact Us form supplying your registered email address. This will include any content or any other information you provided. This is final.

If you have a complaint regarding this website, our policy, our terms of use, your membership details or any other matter, please use the Contact Us form to notify us. We aim to answer all requests within 1 working day.

The web pages available at GranFondoGuide.com (“Web Site”), is accessed by you under the Terms of Use described below (“Terms”). Please read these terms carefully before using the service. By accessing the site, viewing any content or using any services available on the site (as each is defined below) you are agreeing to be bound by these terms, which together with our Privacy policy, governs our relationship with you in relation to the site. If you disagree with any part of the terms then you may not access the site.

The Site is an online community which enables cyclists and cycling event organizers to post content related to upcoming cycling events and access and/or purchase services from time to time made available on the Site (“Services”). Services include, but are not limited to, any service and/or content GranFondoGuide.com makes available to or performs for you, as well as the offering of any materials displayed, transmitted or performed on the Site or through the Services. Content (“Content”) includes, but is not limited to text, alerts, ratings, user comments, messages, information, data, graphics, news articles, photographs, images, illustrations, and software. Your access to and use of the Site may be interrupted from time to time as a result of equipment malfunction, updating, maintenance or repair of the Site or any other reason within or outside the control of GranFondoGuide.com. GranFondoGuide.com reserves the right to suspend or discontinue the availability of the Site and/or any Service and/or remove any Content at any time at its sole discretion and without prior notice. GranFondoGuide.com may also impose limits on certain features and Services or restrict your access to parts of or all of the Site and the Services without notice or liability.

No membership is required to view much of the content on GranFondoGuide.com, but as a condition to posting or publishing content on GranFondoGuide.com, you are required to open an account with GranFondoGuide.com and select a password, and to provide registration information. The registration information you provide must be accurate, complete, and current at all times. Failure to do so constitutes a breach of the Terms, which may result in immediate termination of your GranFondoGuide.com account. You are responsible for maintaining the confidentiality of your password and are solely responsible for all activities resulting from the use of your password and conducted through your GranFondoGuide.com account. Services are available only to individuals who are either (i) at least 18 years old, or (ii) at least 14 years old, and who are authorized to access the Site by a parent or legal guardian. If you have authorized a minor to use the Site, you are responsible for the online conduct of such minor, and the consequences of any misuse of the Site by the minor.

All Content posted or otherwise submitted to the Site is the sole responsibility of the account holder from which such Content originates and you acknowledge and agree that you, and not GranFondoGuide.com are entirely responsible for all Content that you post, or otherwise submit to the Site. GranFondoGuide.com does not control user submitted Content and, as such, does not guarantee the accuracy, integrity or quality of such Content. You understand that by using the Site you may be exposed to Content that is incorrect, or objectionable. As a condition of use, you promise not to use the Services for any purpose that is unlawful or prohibited by these Terms, or any other purpose not reasonably intended by GranFondoGuide.com. By way of example, and not as a limitation, you agree not to use the Services:

- To abuse, harass, threaten, impersonate or intimidate any person;
- To post or transmit, or cause to be posted or transmitted, any Content that is libellous, defamatory, obscene, pornographic, abusive, offensive, profane, or that infringes any copyright or other right of any person;
- For any purpose (including posting or viewing Content) that is not permitted under the laws of the jurisdiction where you use the Services;
- To post or transmit, or cause to be posted or transmitted, any communication or solicitation designed or intended to obtain password, account, or private information from any GranFondoGuide.com user;
- To create or transmit unwanted ‘spam’ to any person or any URL
- To post copyrighted Content which doesn’t belong to you.
- With the exception of accessing RSS feeds, you will not use any robot, spider, scraper or other automated means to access the Site for any purpose without our express written permission. Additionally, you agree that you will not: (i) take any action that imposes, or may impose in our sole discretion an unreasonable or disproportionately large load on our infrastructure; (ii) interfere or attempt to interfere with the proper working of the Site or any activities conducted on the Site; or (iii) bypass any measures we may use to prevent or restrict access to the Site;
- To report a suspected abuse of the Site or a breach of the Terms.

Content Submitted Or Made Available For Inclusion On The Service

Please read this section carefully before posting, uploading, or otherwise submitting any Content to the site. By submitting content to the site you are granting GranFondoGuide.com a worldwide, Non exclusive license to use the content, and that GranFondoGuide.com is free to publish, Distribute and use the content as herein after provided for without obtaining permission Or license from any third party.

No agency, partnership, joint venture, or employment is created as a result of the Terms and you do not have any authority of any kind to bind GranFondoGuide.com in any respect whatsoever. The failure of either party to exercise in any respect any right provided for herein shall not be deemed a waiver of any further rights hereunder. GranFondoGuide.com shall not be liable for any failure to perform its obligations hereunder where such failure results from any cause beyond GranFondoGuide.com’s reasonable control, including, without limitation, mechanical, electronic or communications failure or degradation (including "line-noise" interference). If any provision of the Terms is found to be unenforceable or invalid, that provision shall be limited or eliminated to the minimum extent necessary so that the Terms shall otherwise remain in full force and effect and enforceable. GranFondoGuide.com may transfer, assign or delegate the Terms and its rights and obligations without consent. Both parties agree that the Terms is the complete and exclusive statement of the mutual understanding of the parties and supersedes and cancels all previous written and oral agreements, communications and other understandings relating to the subject matter of the Terms, and that all modifications must be in a writing signed by both parties, except as otherwise provided herein.